Following reports of a 10-year-old girl who was allegedly molested by her school mates, Nigerians have dug out social media page of the girl.

The news of the 10-year-old chrisland student sparked controversy recently after Nigerians faulted the claim of Ubi Franklin that it was a r*pe case.

While Ubi Franklin insisted that the girl was drugged and defiled against her will, others are maintaining that the young minors were involved in the act together, without any form of coercion.

Some Nigerians who claimed to watch the video alleged that the minors willingly got into an immoral act, and should be sanctioned and groomed properly.

In a recent update, a Facebook user identified as Abiola Peters Alaba who dug out the social media page of the 10-year-old on Likee, revealed that she has over 500 videos and referred to herself as “bad girl”. 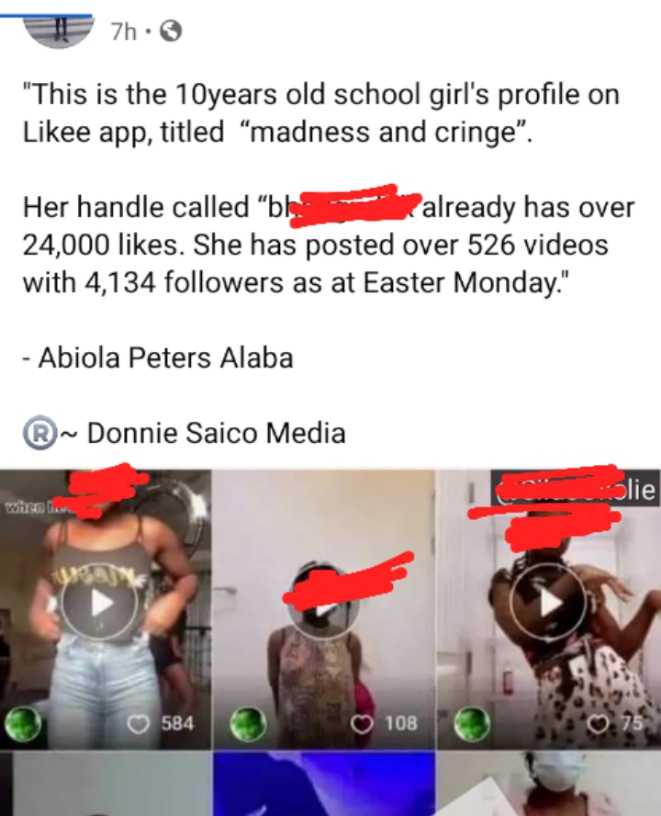