There are speculations that Nigerian singer Davido Adeleke popularly called Davido, has splashed millions of Naira on a new Range Rover for his alleged new girlfriend.

This comes a few days after the photos of Davido’s ex-fiancee Chioma and his alleged lover were spotted chilling in Dubai.

Davido’s alleged new girlfriend took to her Instagram page to share a video of herself jubilating over the car gift.

As expected, some netizens reacted, affirming the romantic relationship between Davido and the lady, while others urged her to enjoy the singer’s money because it was her time.

pershenz wrote: if you been following her in snap you would know better.!!!!

favour_fab wrote: Davido was even on her birthday party earlier this year

fred_kella wrote: Mk she enjoy it’s her turn the D go reach everybody

News recalls Davido slammed a troll who tackled him over his social media post.

This comes after Davido took to his Instagram story to share a photo of himself returning from the gym.

Displeased with the post, the troll stormed Davido’s DM, urging him to get brave and stop all his childish posts because he doesn’t need to show off always.

Responding, Davido knocked the troll, saying he should have asked for help instead of trolling him, adding that he would die of suffering. 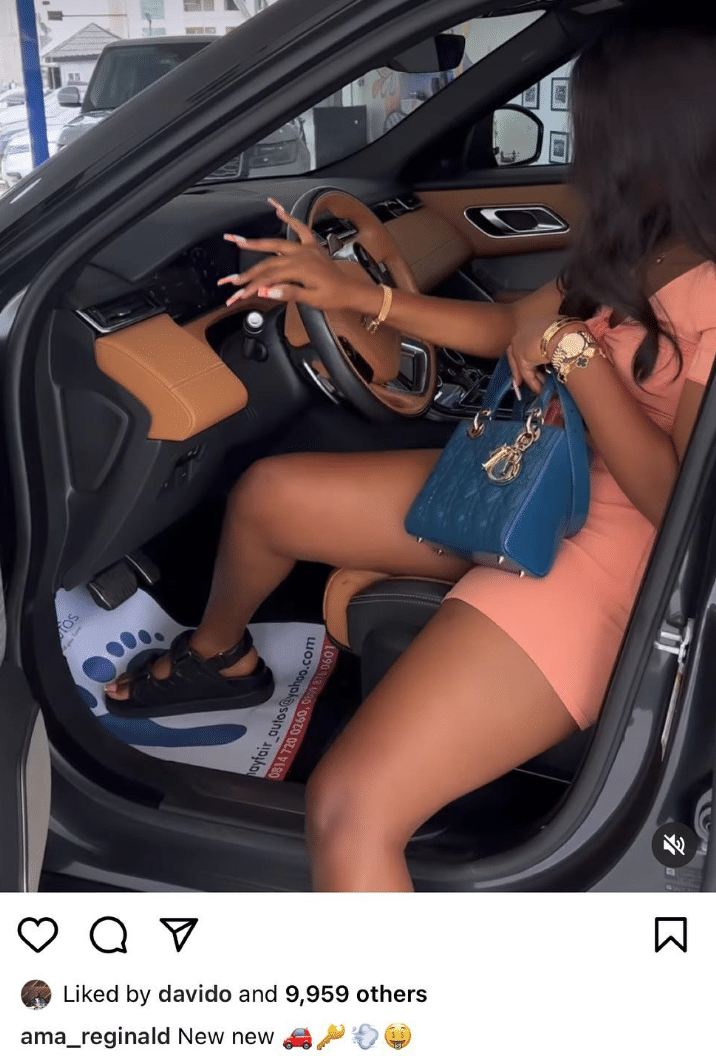 “Oh you guys thought I was done?” – Davido reacts amid speculations of new girlfriend