Nigerian actor Adeniyi Johnson has jokingly called out his wife Seyi Edun for infecting her with the Tiktok virus. 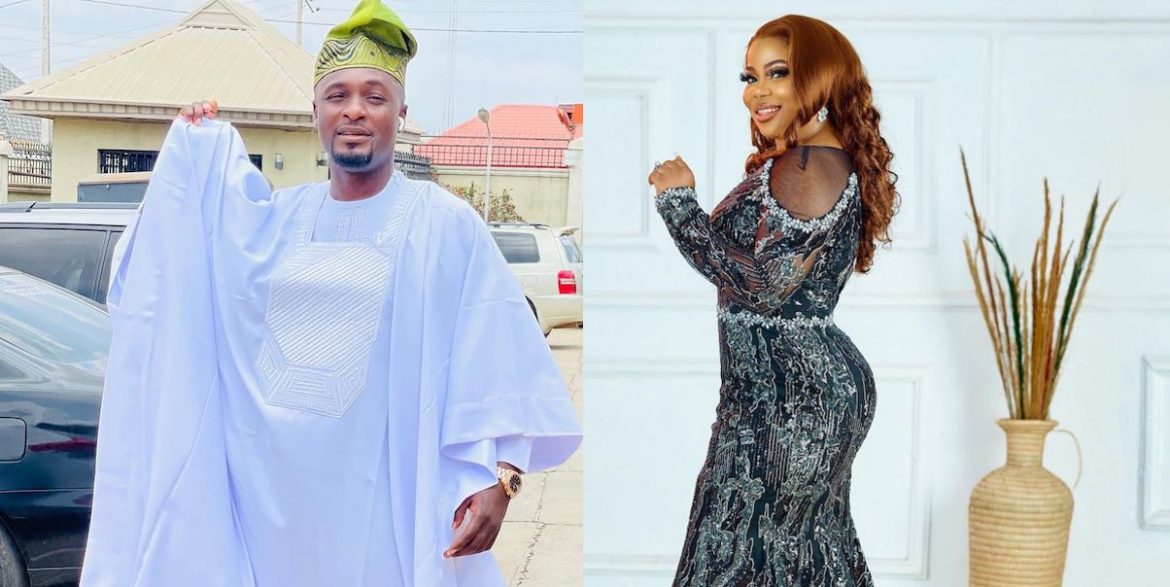 Taking to Instagram, Niyi revealed that his wife had infected him with the TikTok virus.

H stated that he has become addicted to the social media app.

He further pleaded with his fans to follow his account as he promised to keep entertaining them.

In his word, he wrote:

Madam came back and infected me with the tiktok virus o.. now I’m on tiktok… search for me and let’s keep the fun going … you guys kuku know weyrey por nle 😀😀.. thanks @i_am_shai 😀😀❤️😍❤️😍❤️😍 search for adeniyijohnsonn (with double “n”) and with the video I posted.

In other news,  Veteran actress Idowu Philips aka Iya Rainbow has shared how her son recently surprised her with a house gift after years of struggles to raise her kids after the death of her husband.

“When their father died, there was no one who could help me. I was left with all the children. It was taxing but I’m grateful to God because my child built me a house.”…CONTINUE READING…

Actor Adeniyi Johnson calls out wife, Seyi Edun for infecting him with virus

Femi Otedola joins Cuppy, other children to give his wife a befitting birthday

“I am glad the guy that is presently toasting me didn’t join me at my concert” Tiwa Savage spills, gives reasons (VIDEO)