Nollywood actor, Femi Adebayo Salami is in a jubilatory mood as his movie, King of Thieves grosses over 200 million in less than 4 weeks.

The actor uploaded a video of him dancing energetically as his movie grossed over 224 million, making it among the top 10 highest-grossing movies in Nigeria.

Showing his appreciation for his fans, he wrote, “When you hear #KingOfThievez does 224m+ in 4 weeks!” You all made this happen. Thank you for showing #KingOfThieves Movie so much love… Thank you”.

News recalls congratulatory messages poured in for Femi Adebayo as he joined the league of Toyin Abraham, Funke Akindele, Ayo Makun and others who are box office stars.

Since the release of his movie, ‘Agesinkole’ King of Thieves, in cinemas across Nigeria, Femi Adebayo has continued to record massive success, and many fans have applauded him for his creativity.

Taking to his Instagram page, Femi Adebayo shared a post of movie producer Niyi Akinmolayan where he praised him for the movie’s success, as he noted how he has joined the league of box office king.

Femi Adebayo also expressed appreciation to Niyi Akinmolayan for the successful partnership in the movie’s production.

The post read: Cheers to a successful partnership. Thank You!

Reposted from @niyi_akinmolayan When partners learn to respect what each other bring into a project, you will see successes like King Of Thieves!!!

Always put the project first!! I will talk about @femiadebayosalami very soon. But first, let’s cross 200m…which is soon all hail the Box office king”. 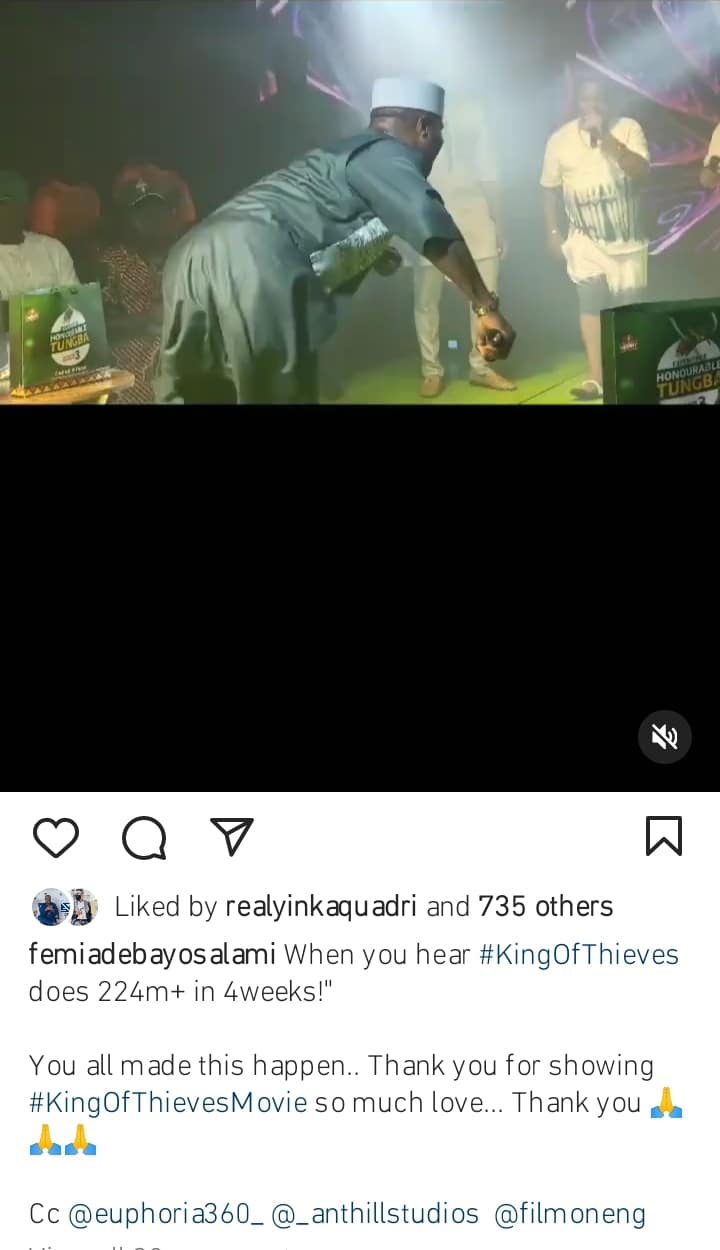