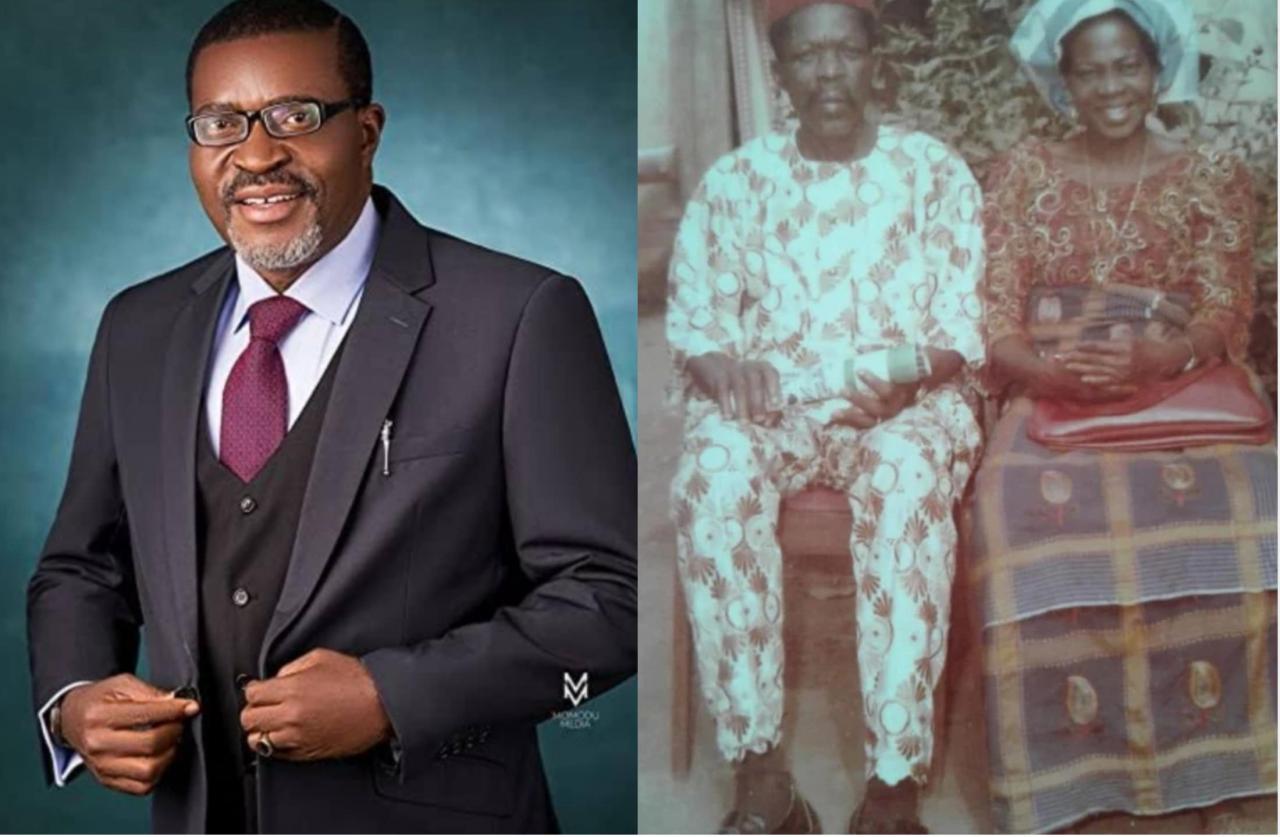 Taking to Instagram to share an epic throwback photo of his parents, Kanayo revealed the number one message his father gave to him.

He stated that his father always told him to be content with whatever he has.

“June 24. In loving memory of my parents, Mr & Mrs Donatus & Isabella Onyekwere. My father always said, BE CONTENT WITH WHATEVER YOU HAVE. What did your father always say?”.

Kemi Filani news recalls Kanayo O. Kanayo had rained curses on those spreading rumours of his demise with printed posters.

Kanayo O. Kanayo, in a video shared on his Instagram page, said people’s access to social media shouldn’t give them the right to publish fake news about celebrity.

The veteran actress questioned why someone would wake up and print his obituary posters when he was alive.

Kanayo reminded them that entertainers have family, and at such people should think twice before churning out any information about them.

Raining curses, the actor said that the person or people involved in the rumours of his death would not pass the next seven days. 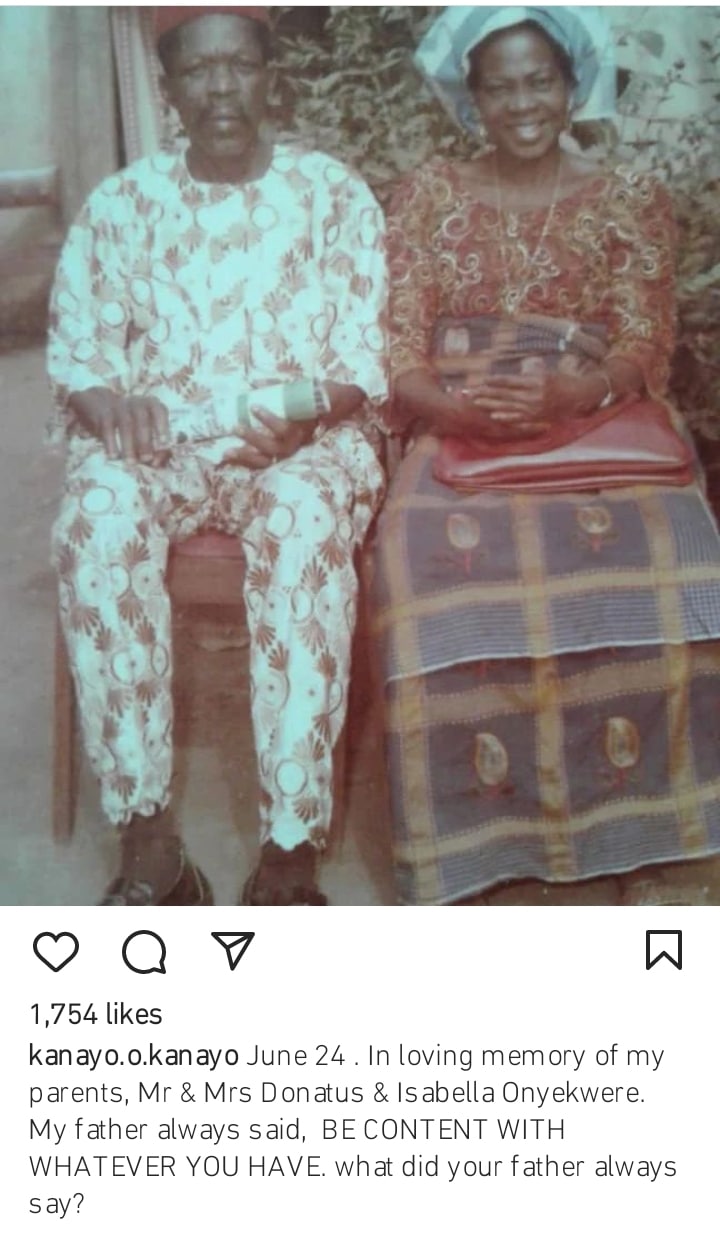