Taking to his social media pages to celebrate his son, Star, on his first birthday, the proud father of five shared stylish photos of Star rocking a perfectly tailored Isiagu.

Yul prayed that the child would become 10 times greater than him and declared his love for him.

“Happy 1st birthday to the newest member of the Yul Edochie Squad, my son @stardikeyuledochi. You shall be 10 times greater than your father. May God be with you always. Daddy loves you.” He wrote. 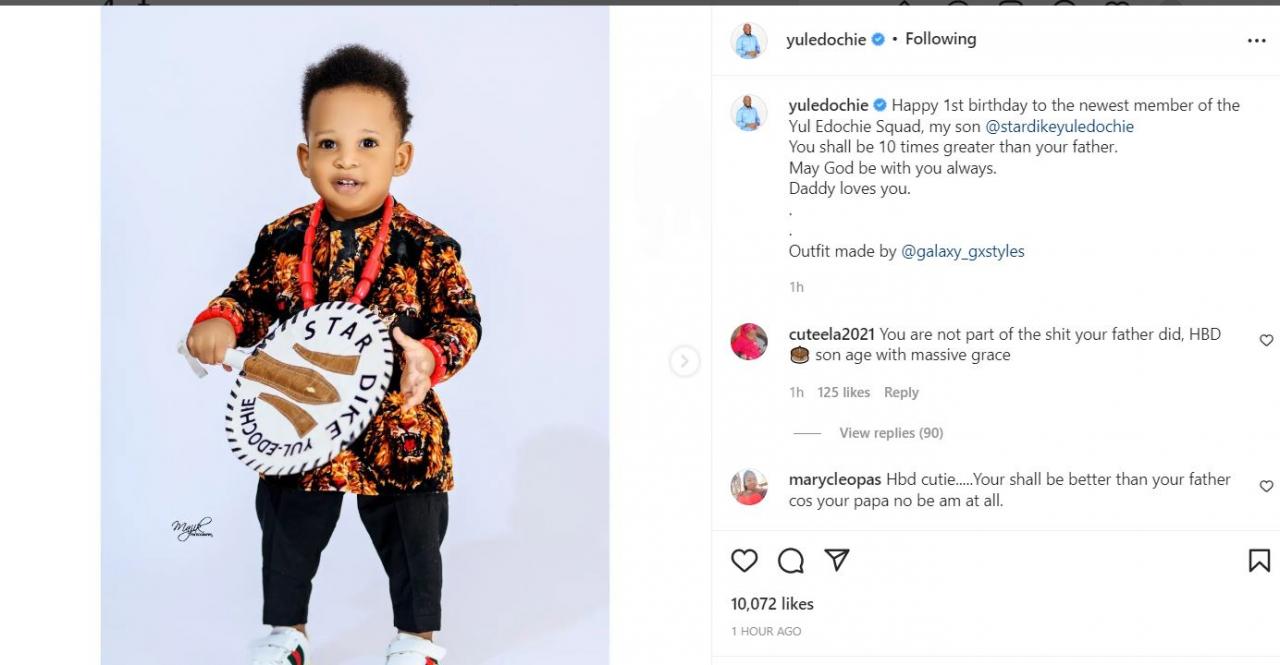 See more photos of Star below, 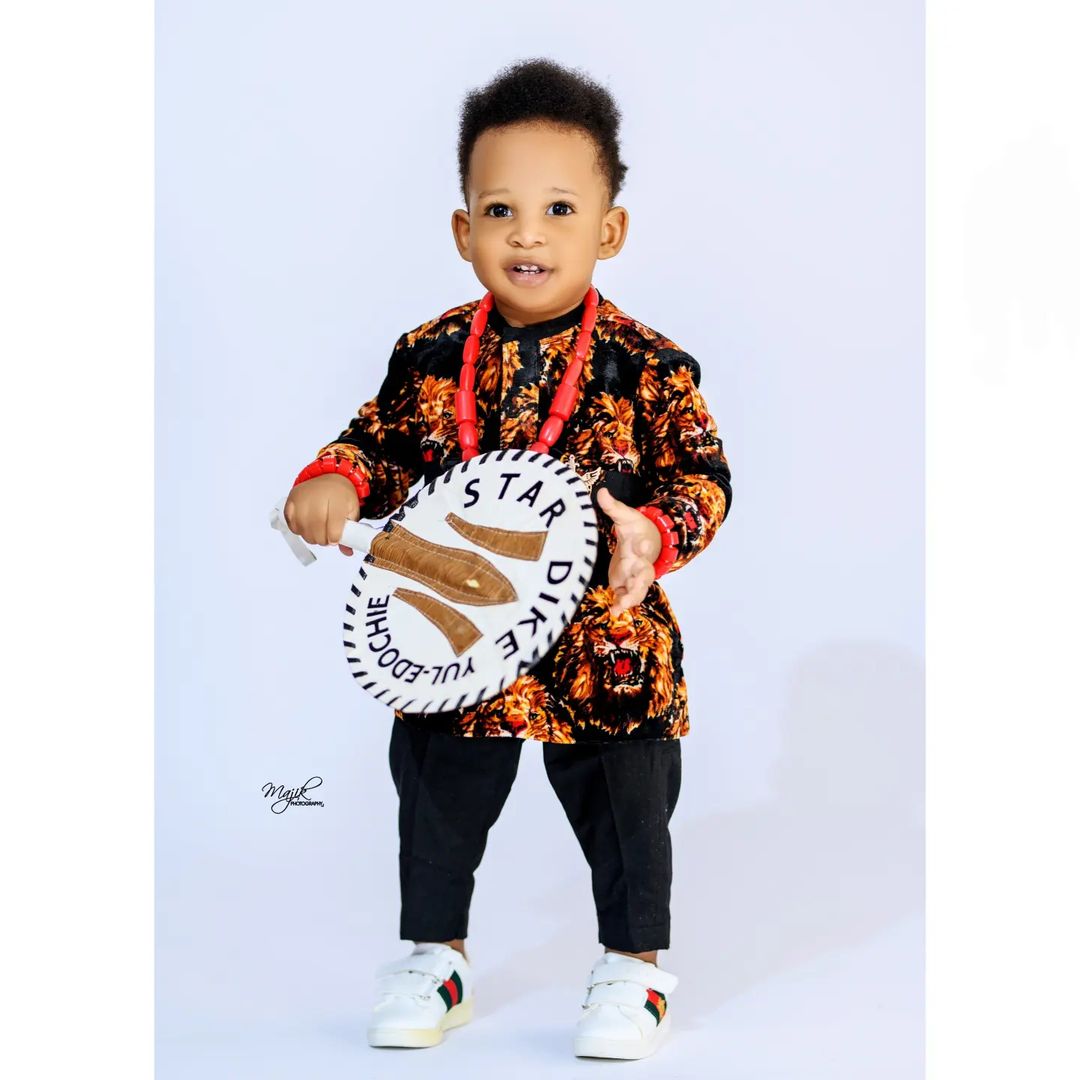 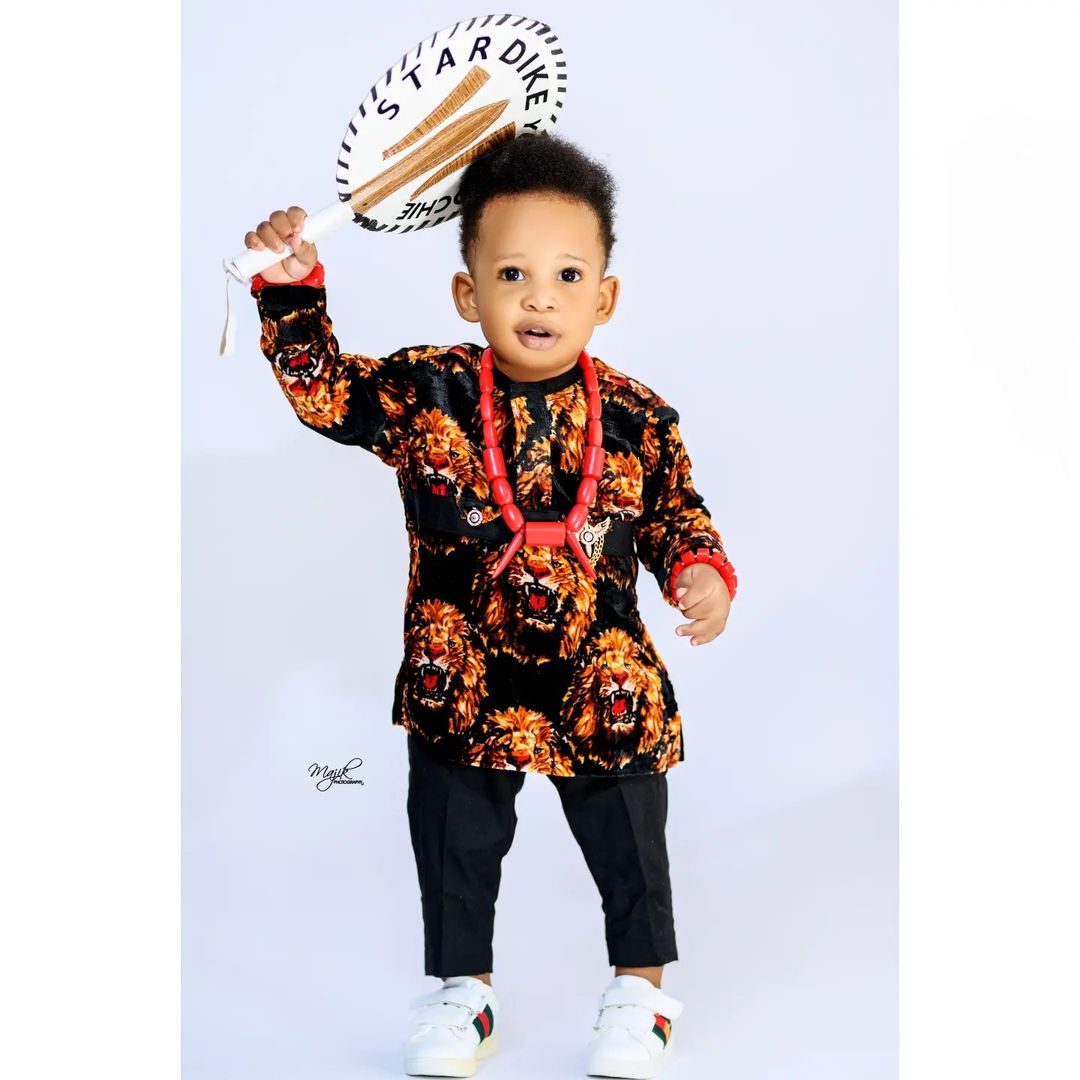 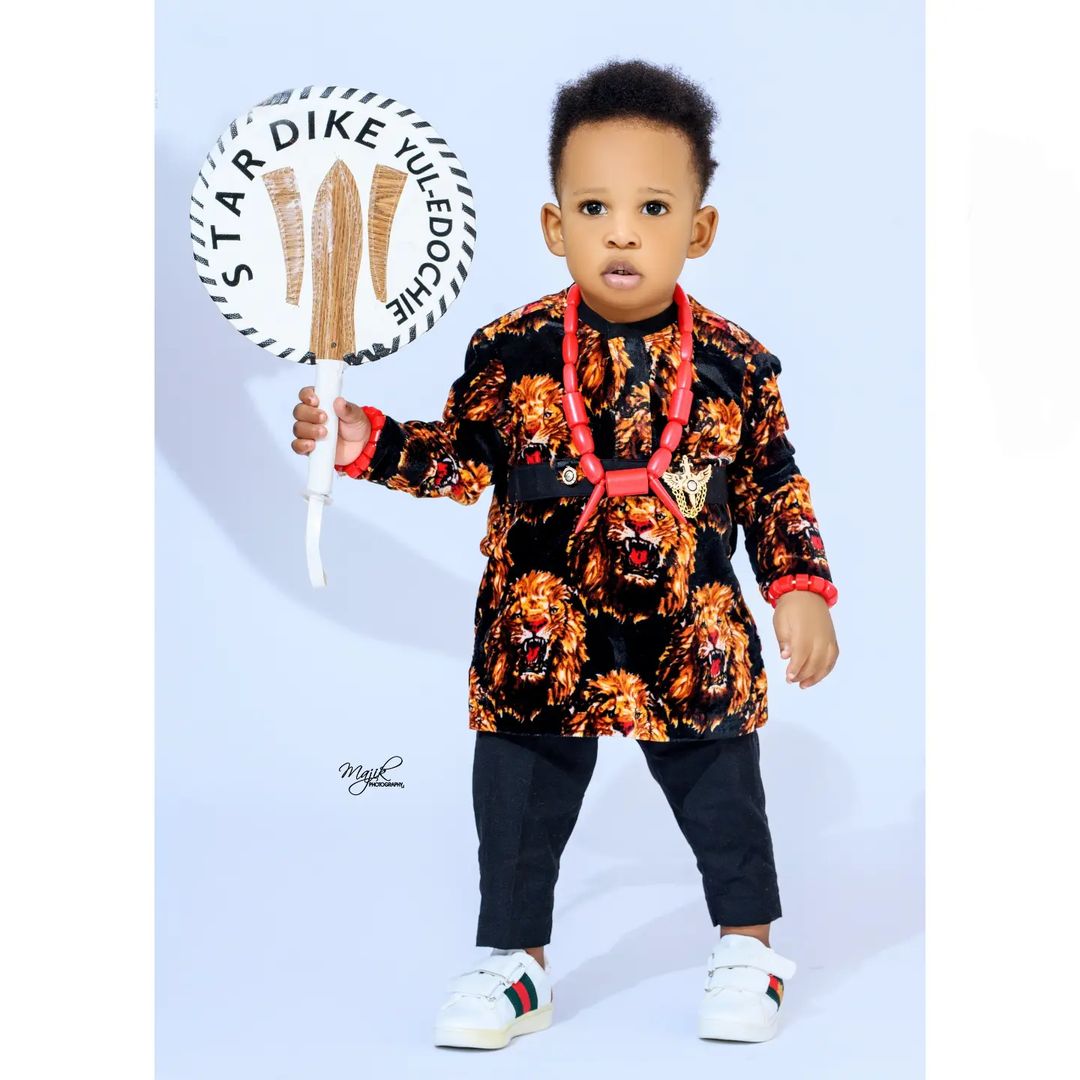 A while ago, Yul Edochie explained why he chose to marry, Judy Moghalu as his second wife.

According to him, he couldn’t let a great woman like Judy go after the impact she has had on his life.

Speaking further, the 40-year-old actor said he used to believe that a man can’t love two women at the same time until it happened to him.

No matter how old you are in this world, we are all young. We are still learning. Things can happen and you learn from certain things.” He said in part.

Silence Is Not Always The Best Answer, It’s Time For Me To Speak – Yul Edochie Says

“You can’t dim my shine because of your blindness” May Yul Edochie subtly shades husband, Yul Edochie