Nollywood actress, Chacha Eke has yet again, announced the dissolution of her marriage on social media, revealing that she’s done pretending. 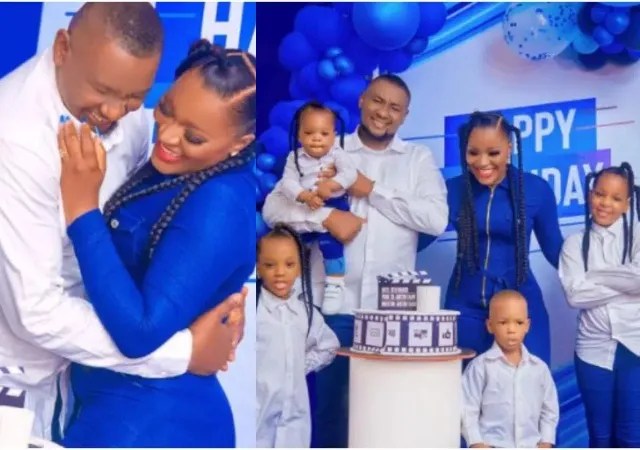 Sometime in October of 2020, Chacha had taken to social media to share a video announcing the end of her marriage to her movie director husband, Austin Faani

At the time, she said,

However, only some days later, she shared a different video from a hospital bed saying she had been diagnosed with “Bipolar disorder”, while debunking allegations that her marriage ended due to domestic violence.

She later shared another video where she stated she was still with her husband and that she would not leave her marriage. She then also addressed her brother, IK Eke, alongside former actresses, Georgina Onuoha and Victoria Inyama for getting involved in her marriage issue.

Well, in a post she shared on Instagram on Monday night, June 27, Chacha apologized to the public for “living a lie.”

She went on to state that she’s done with her marriage as she wrote;

“NOW ALIVE OR LEAVE AS A CORPSE

Many have died pretending all is well whilst wishing, hoping and praying for a better tomorrow.

I don’t want to “die” or go inexplicably “missing”.

I sincerely and publicly apologize for living a lie these past years.True to random speculations, there has been trouble in my “perceived paradise”.

If push comes to shove & suddenly i am incommunicado; my lawyers, the welfare department and the Nigerian police force have my testimonials in recorded video clips/statements set for public release on all social media apps and national newspapers. 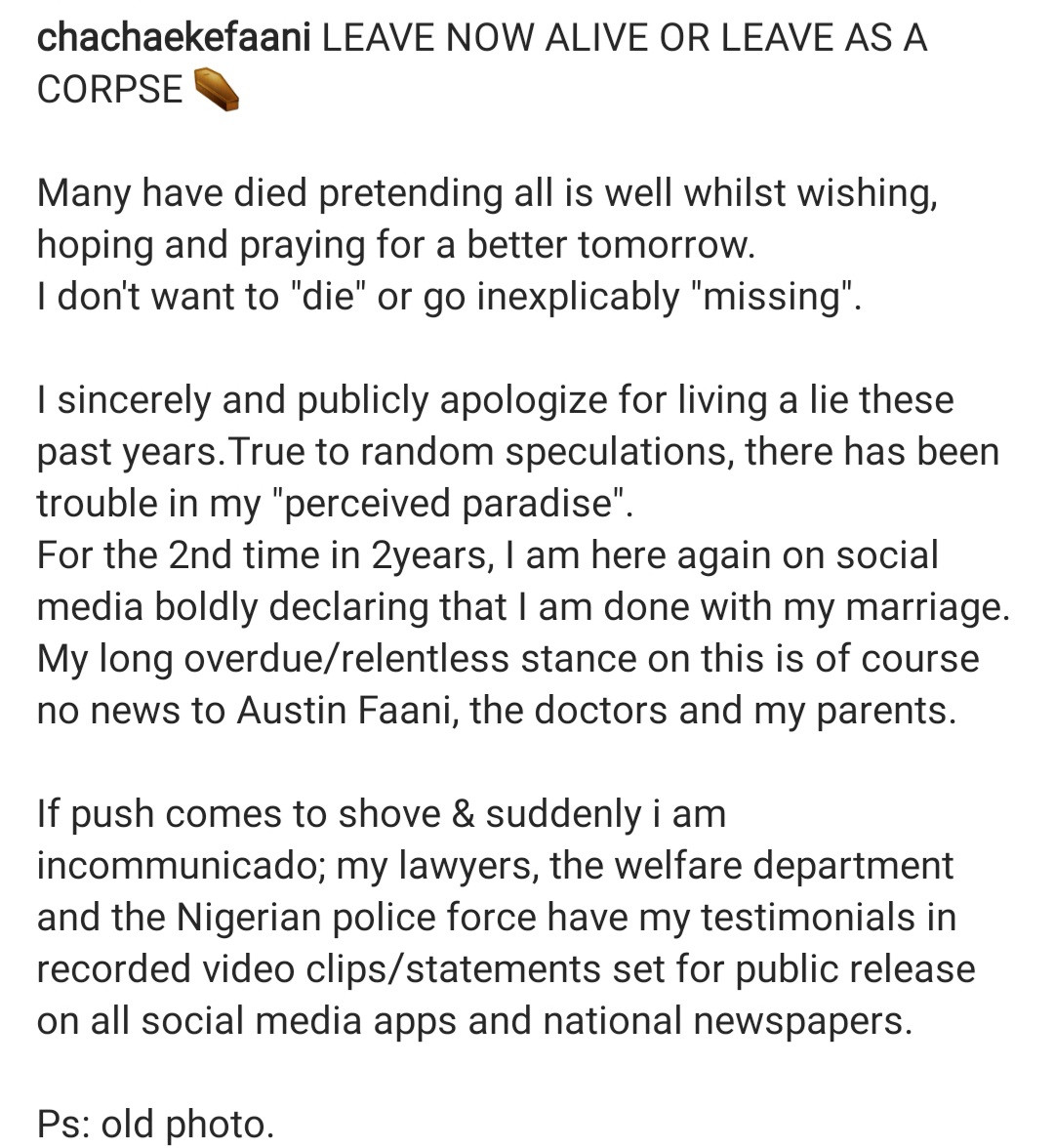 SEE ALSO   “The Lord is your strength” Actress Funke Akindele, Ruby Orjiakor and others pray for Chacha Eke

”I am not a violent person and I have never raised my hands on any woman in my life” Chacha Eke’s husband, Austin Faani finally breaks silence on his marital crisis