No doubt, Alice Iyabo Ojo is a charmer and she has taken to Instagram to remind everyone by releasing captivating new pictures of herself.

The Nigerian film actress, director, and producer who has featured in over 150 movies, shared the snapshots an hour ago, telling anyone that cared to listen that “beauty rans in the family” and so we should “get use to it.”

“Beauty rans in the family……….get use to it 😜” she proudly wrote and shared photos…. 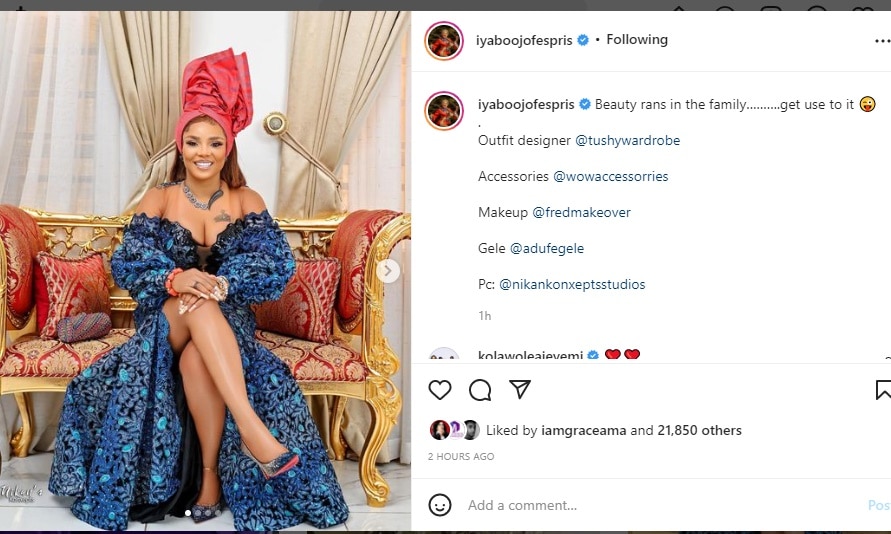 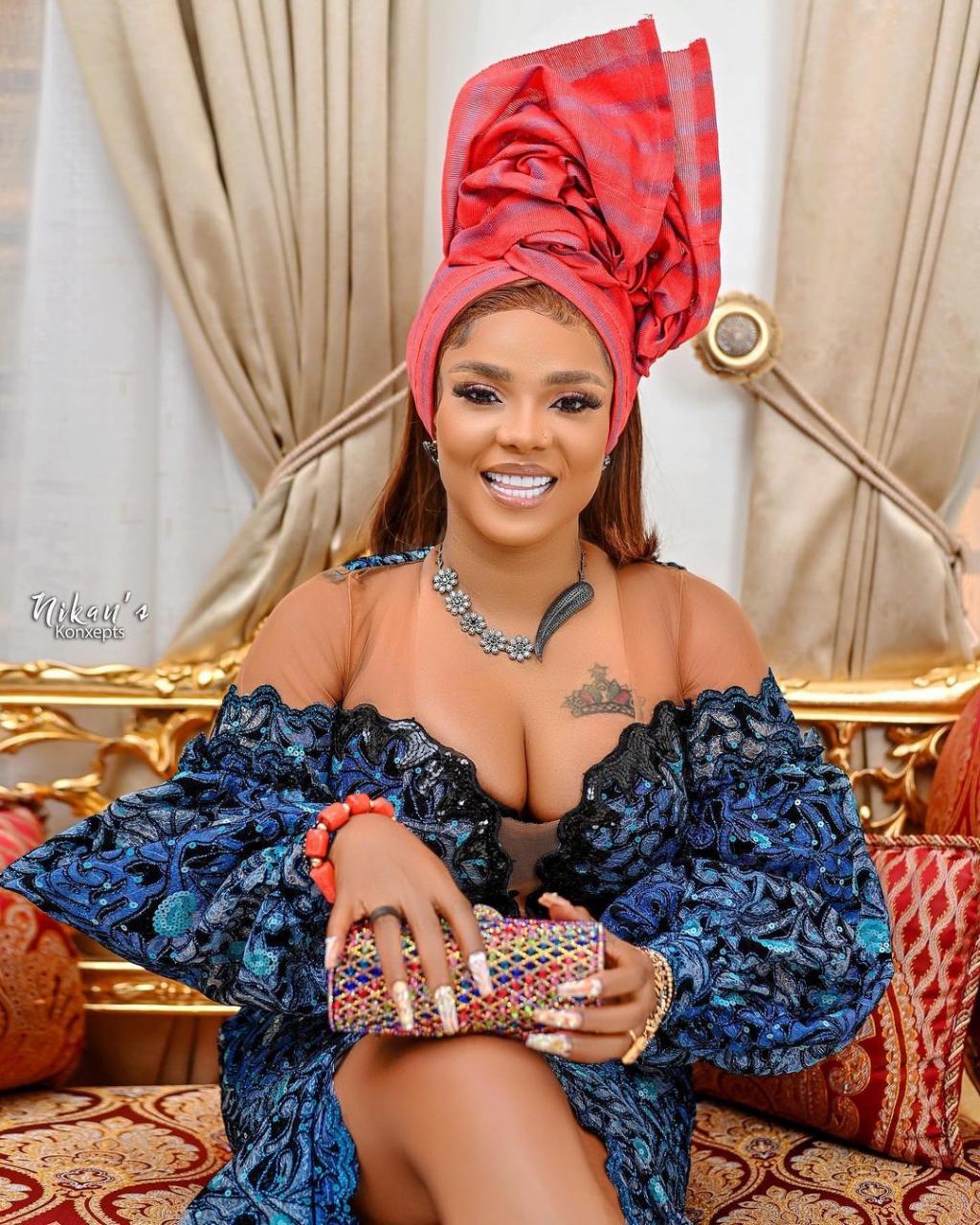 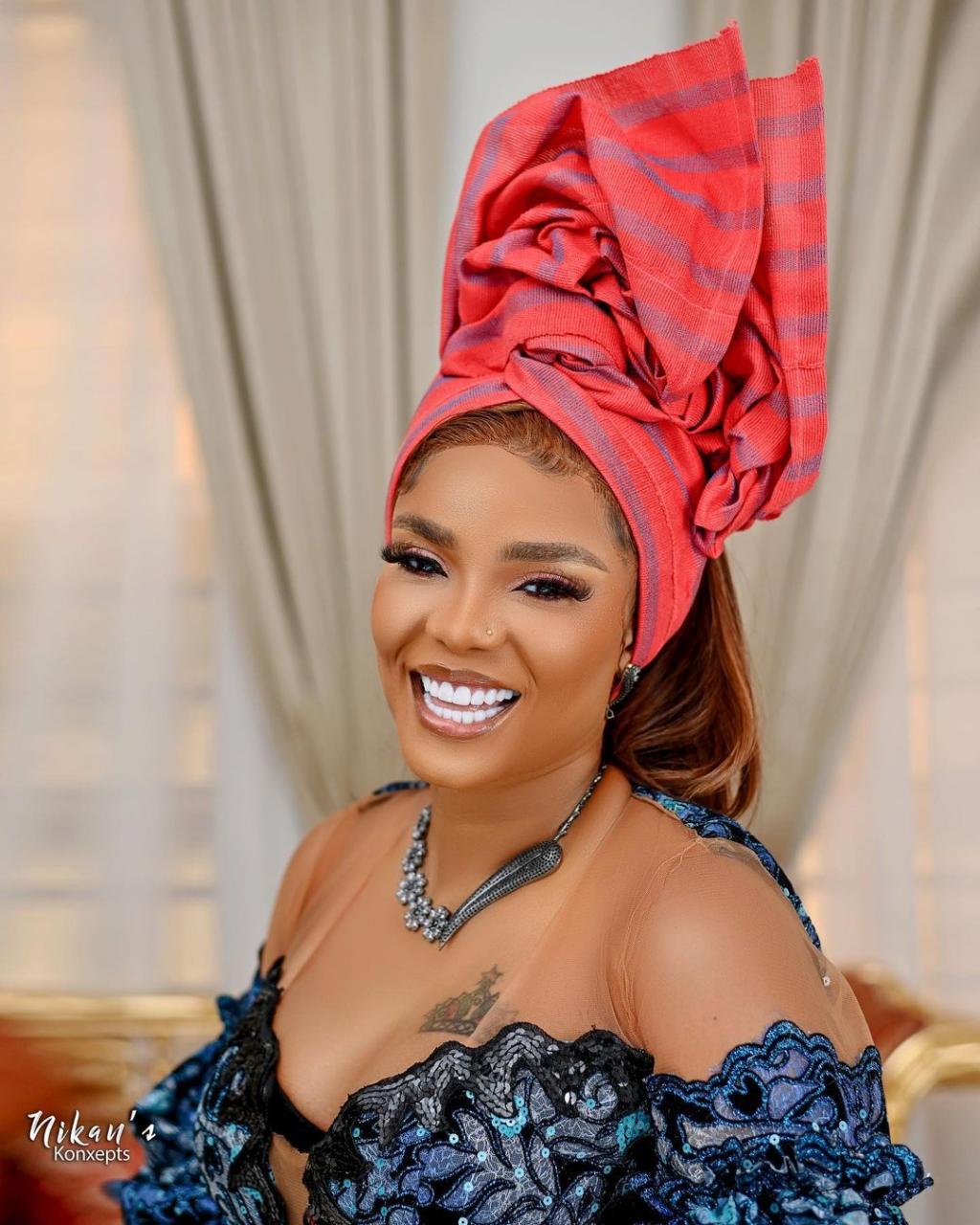 Iyabo Ojo, who reacted to the video, debunked the claim.

She urged the government tax officials to ignore it as anyone who made the list must be joking.

Reacting to the post, Mercy Aigbe, Toyin Abraham, Sindodo Tayo and others said Iyabo Ojo is rich, and there is no need to debunk the claims.