Nollywood Actress, Kemi Afolabi has shown the number of drugs she has been taking since she was diagnosed with Lupus.

The actress took to her Instagram story to share a video of the prescribed drugs she has been taking to tackle Lupus. Recall that she revealed that she was diagnosed with an incurable sickness. That she has only five years to live and has lived one year out of it. 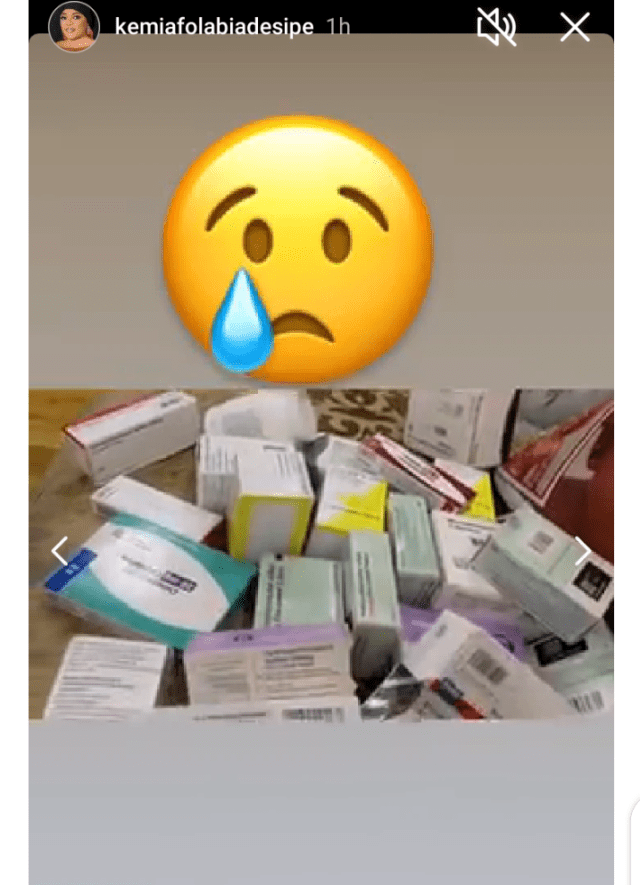 The actress has now shown the number of drugs she has to take to fight the sickness. A lot of people hate drugs. It’s not easy taking one or two drugs not to talk of taking 20 to 30 drugs for a sickness that has no cure.

The actress is finding it hard to get use to it. Apart from taking a lot of drugs, she could no longer do a lot of things. She hardly goes out and has been trying to see that she follows all instructions that were given to her by the doctor.

Miracle happens every day, at the end of the day she might end up overcoming the sickness and live longer.

Actress, Kemi Afolabi Show The Number Of Drugs She Has Been Taking As Medication For Her Health