It seems like Nollywood actress, Nkechi Blessing Sunday is at it again, shading her colleague, Laide Bakare over her new cars.

News reported that Laide Bakare set the internet on fire as she revealed that she acquired two luxury cars, SUV to pamper herself.

The Yoruba actress took to her Instagram page to share the good news as she appreciated her creator for the blessings.

The actress mentioned that there comes a time in a lady’s life when she decides to pamper herself with extravagant things.

Laide revealed that she got the cars to compensate herself for her years of hard work and labour.

She wrote, “There comes a time in every girls life when she decides to pamper herself extravagantly to compensate for years of hardwork and labor, having saved for years to acquire more luxurious houses and vehicles, it is save for me to say that persistence is the basic key to glorious success. Little by little then here I’m today. Just few weeks after my new house opening..I give you all the praise ya Allah NB: pls note, this is not a show off, but to further encourage ladies out there that it’s achievable, you can be successful on your own without depending on anybody in life. Huge congratulations to me. Alhaja Shakirat Olaide Bakare everything na double double. I deliberately choose these two colours, to match my new house painting”.

Tagging the car brand she endorses for, Nkechi Blessing stated that ‘it is paint’.

Many assume that Nkechi Blessing was indirectly insinuating that Laide Bakare repainted her cars.

To worsen it, she accompanied the post with running emojis.

This is not the first time Nkechi Blessing would be shading her Laide Bakare.

Taking a swipe at her, Nkechi Blessing claimed that her own house is worth 800 million.

She wrote, “Chilling in my 800 billion naira house #asallofusdeylienow” 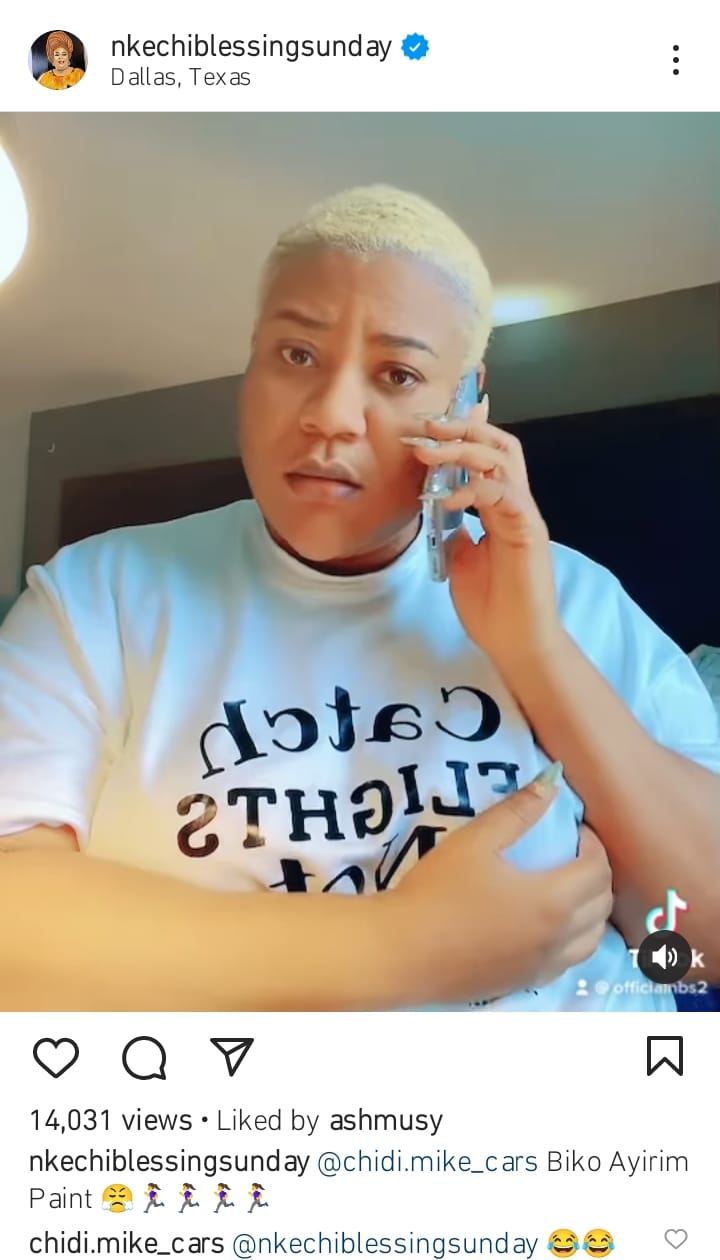 VIDEO: Falegan Used To Cry On Top Of Me– Nkechi Blessing Reveals (WATCH)