Nollywood actress Seyi Edun has opened up on the allegations levelled against her by a controversial blogger over her acquiring a property in the United Kingdom. 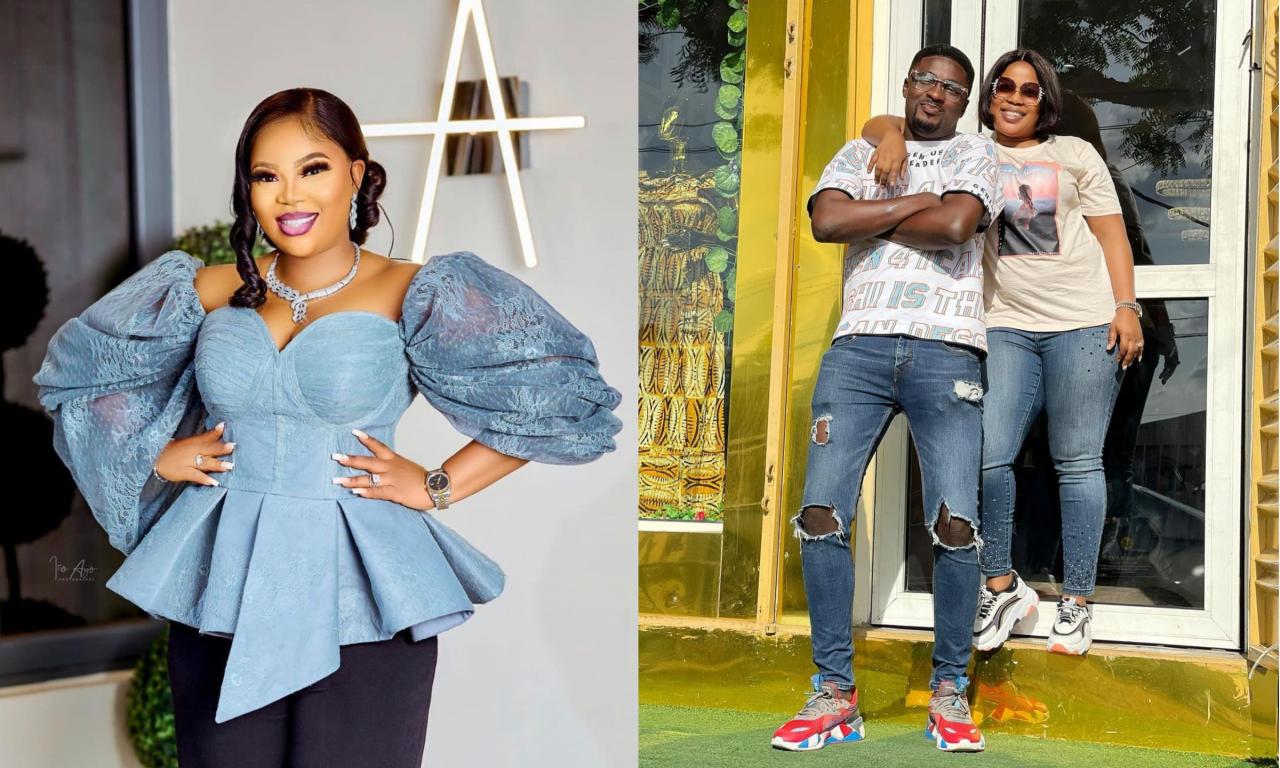 We reported that Seyi Edun, delighted to be in the UK, revealed that she had gotten a property in the UK, and the keys were handed over to her.

She wrote on Instagram: “Congratulations to me. I got the keys to my property in the UK”.

Following this development, Gist Lover took to Instagram to allege that the actress had deceived her fans by misleading them about her new UK business deal.

Seyi Edun responded to the allegations via a private chat with Gist Lover, where she cleared the air about lying about the deal. According to her, the UK property was mortgaged and getting tenants is her means of payment.

In an extensive chat, Seyi Edun also opened up about having issues in her marriage with her colleague, Adeniyi Johnson.

According to the chats, Adeniyi Johnson was reportedly deported from the UK because he had hit his wife, and they had some pending challenges.

Responding to the claim, Seyi Edun revealed she couldn’t travel with her husband because his visa process was delayed, and he was trying to renew his passport. She also disclosed that getting her visa took ten weeks.

Seyi Edun denied the allegations that she had an issue with her husband.

Recalls that Adeniyi Johnson and Seyi Edun sent a strong message to their haters when they hooked up on the latter’s return to the country.

On return to Nigeria, Seyi Edun and her husband peppered their haters with beautiful photos of themselves while they goofed around.

The actress claimed her husband, who did not miss her as he had claimed in several posts, was ecstatic on her arrival. 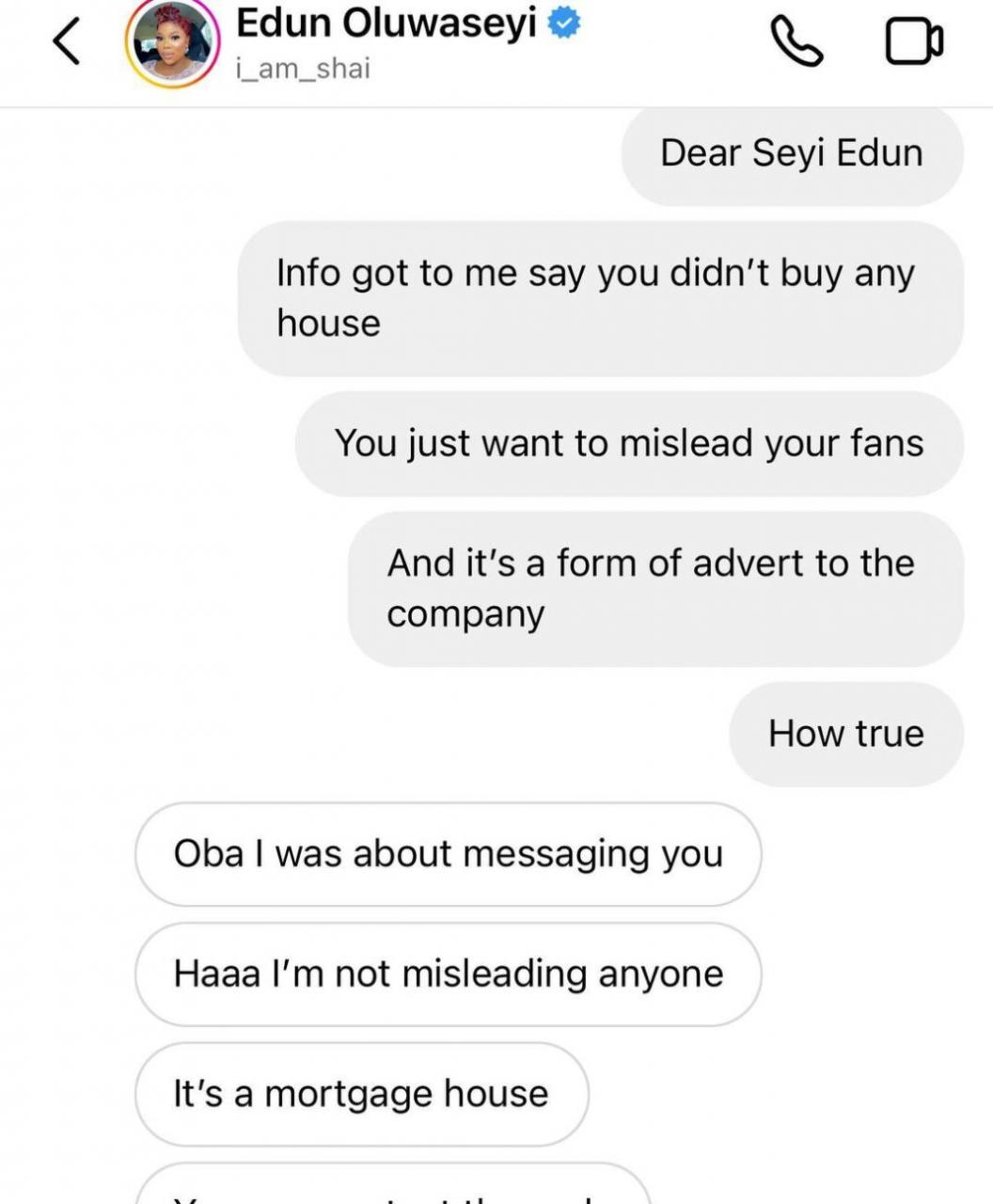 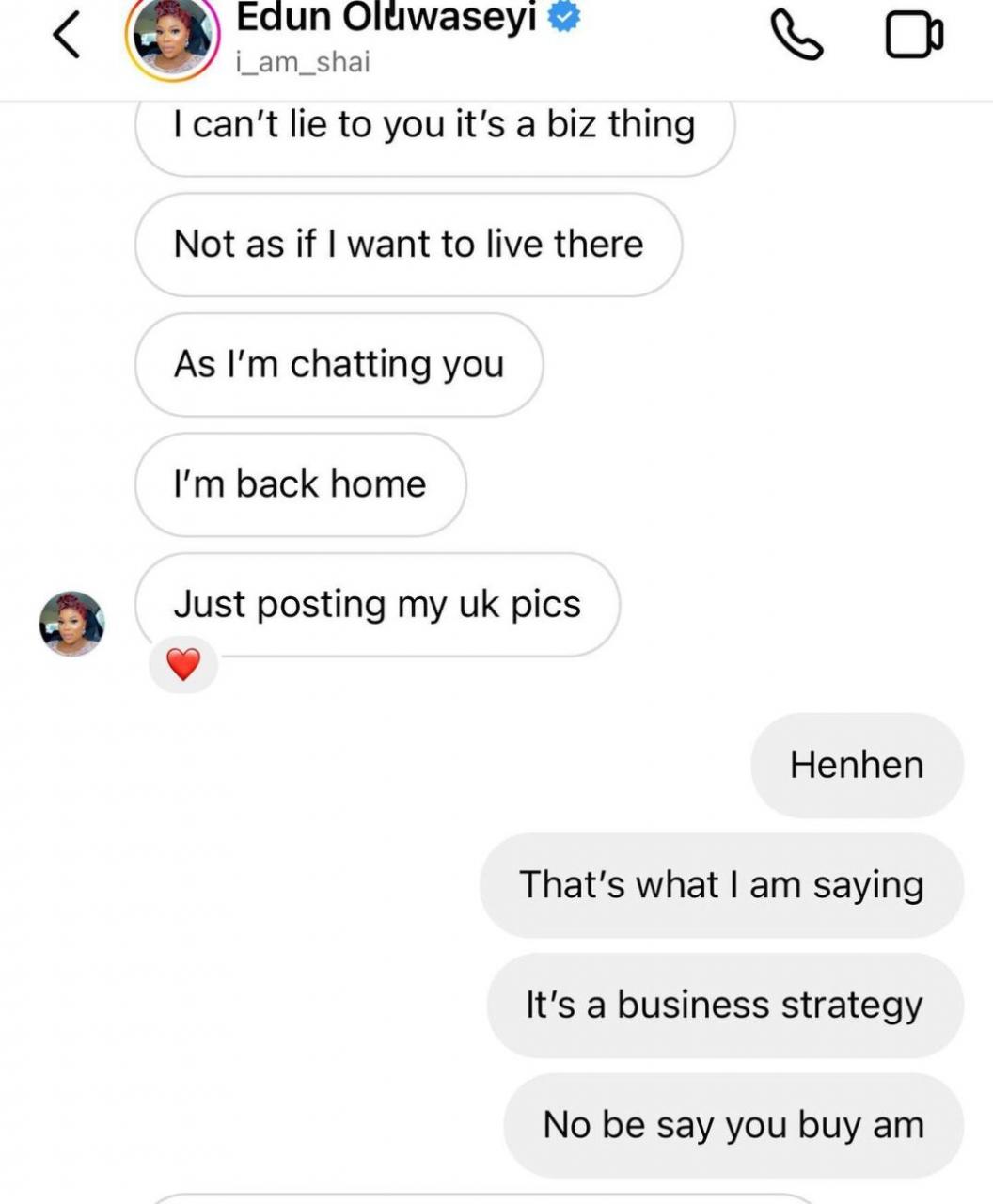 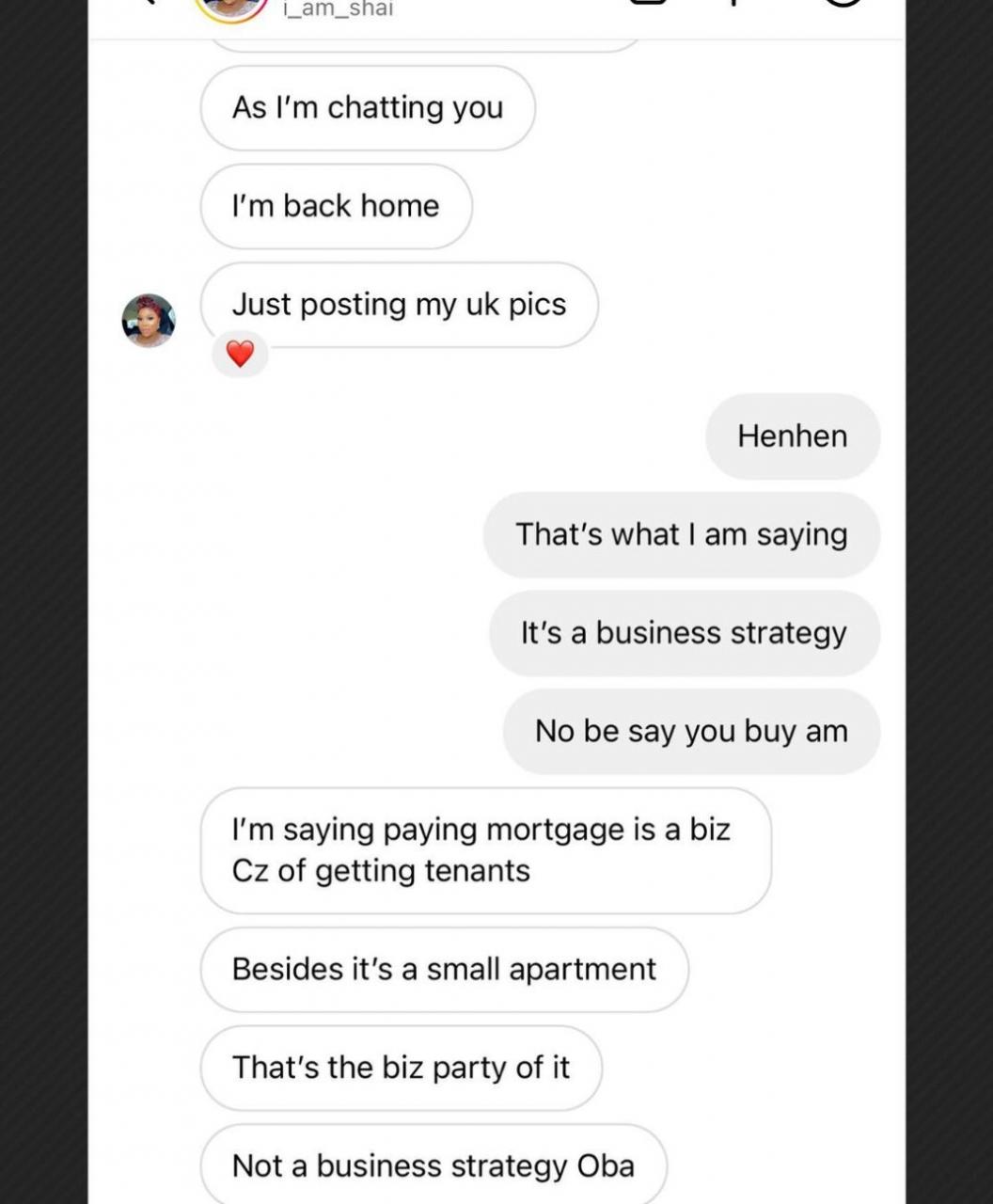 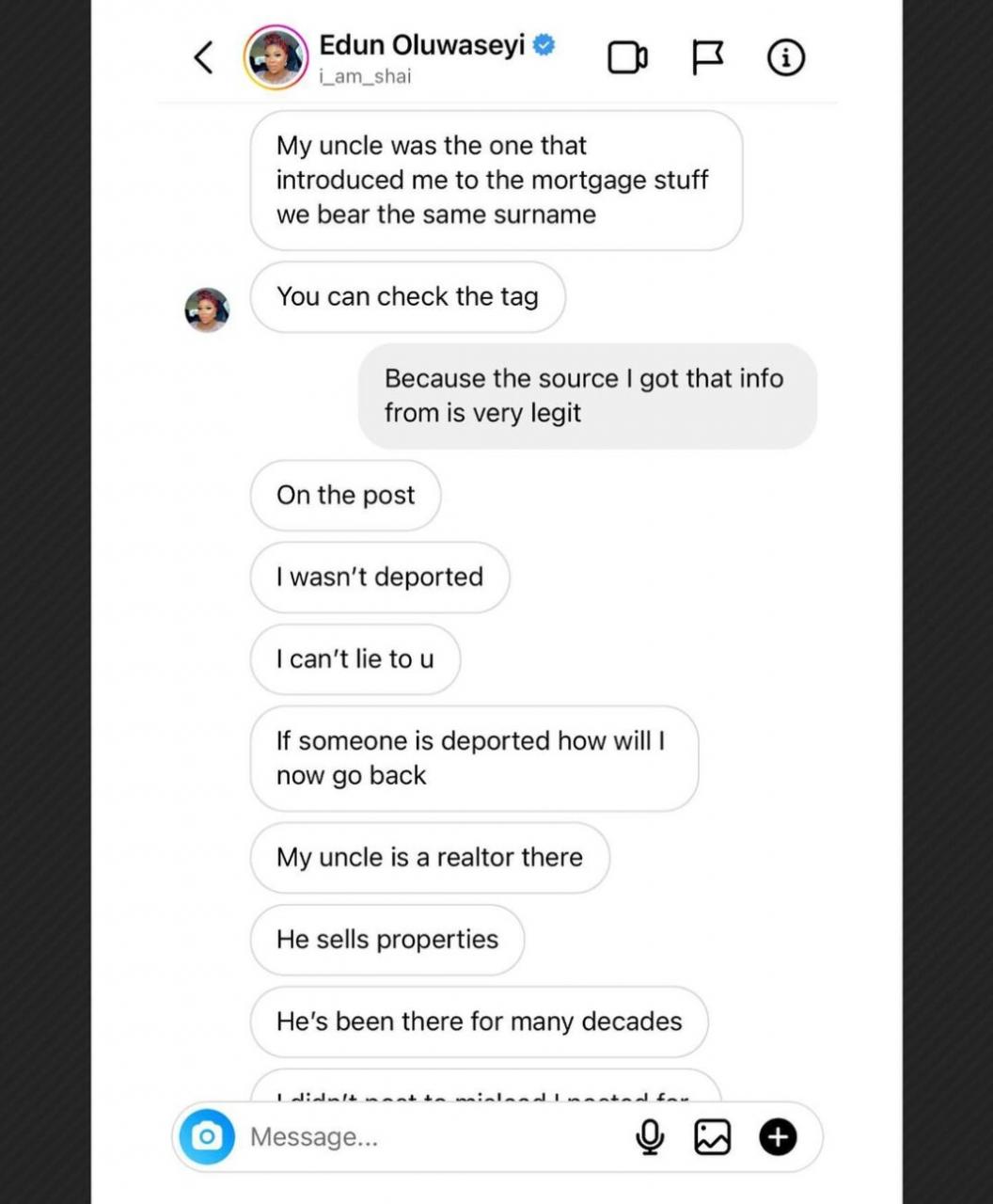 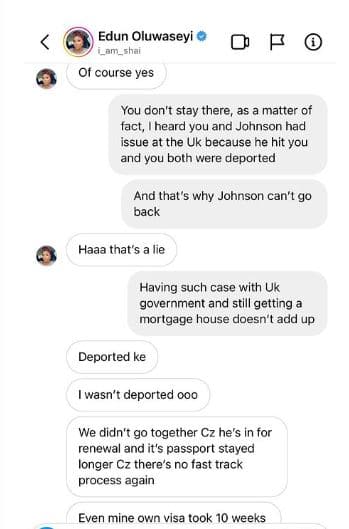 Seyi Edun, Bukola Arugba mock Jigan BabaOja as he vents out his frustration