Nollywood actor, Adeniyi Johnson has dropped his ego and has admitted how much he misses his wife, Seyi Edun, who is currently on vacation in the UK. 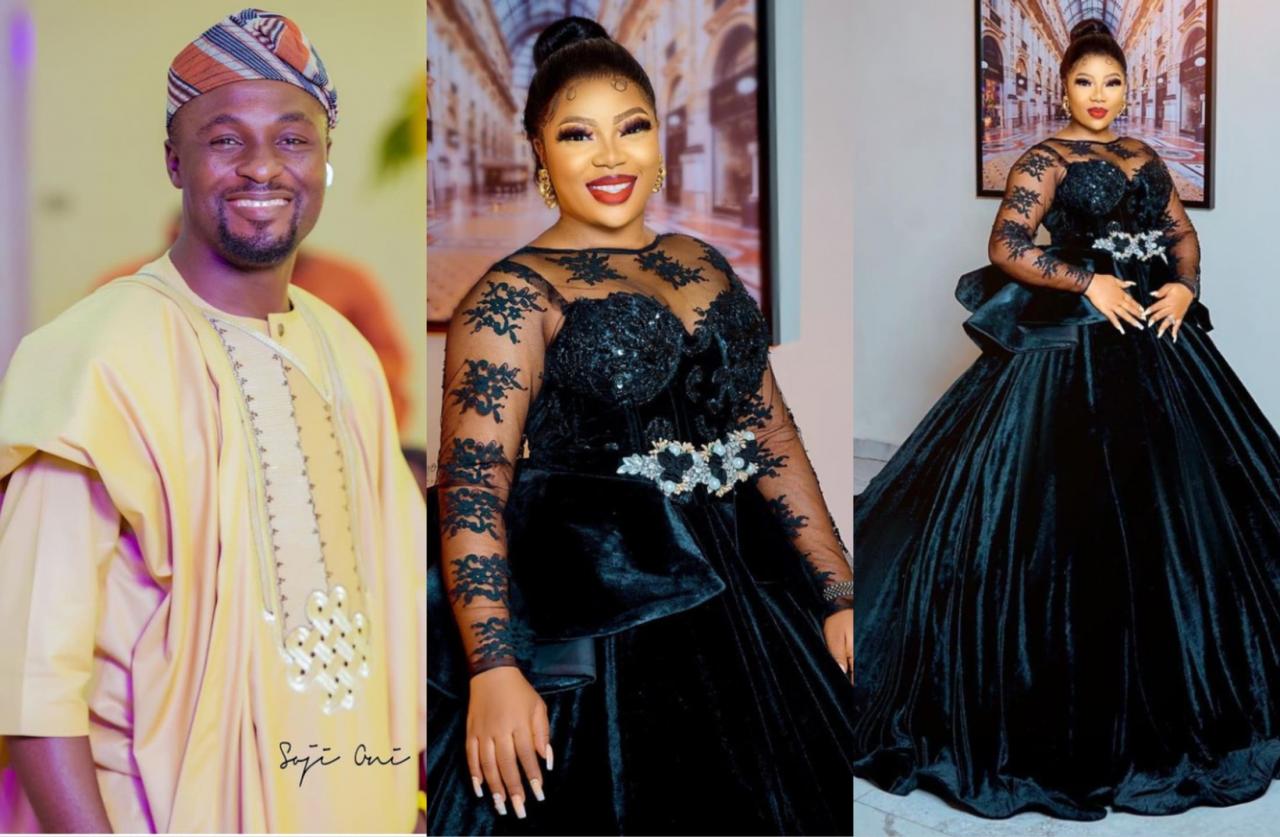 He however asked his fans not to tag her to avoid her feeling too important.

“Tired of forming big boy jare…Madam I miss you. Note please do not tag her her shakara go double” Adeniyi Johnson wrote on Instagram.

Kemi Filani news recalls Adeniyi Johnson had made a lifetime pledge to his wife, Seyi Edun by promising to love her through eternity.

Adeniyi Johnson made the public declaration as he celebrated his woman who turned a new age on Saturday, June 4th.

The drunk in love actor wrote, “Today and forever I promise to celebrate you my wife, my friend, my love and celebrity…. You are my one and only till the end of time .. happy birthday baby of mine”. 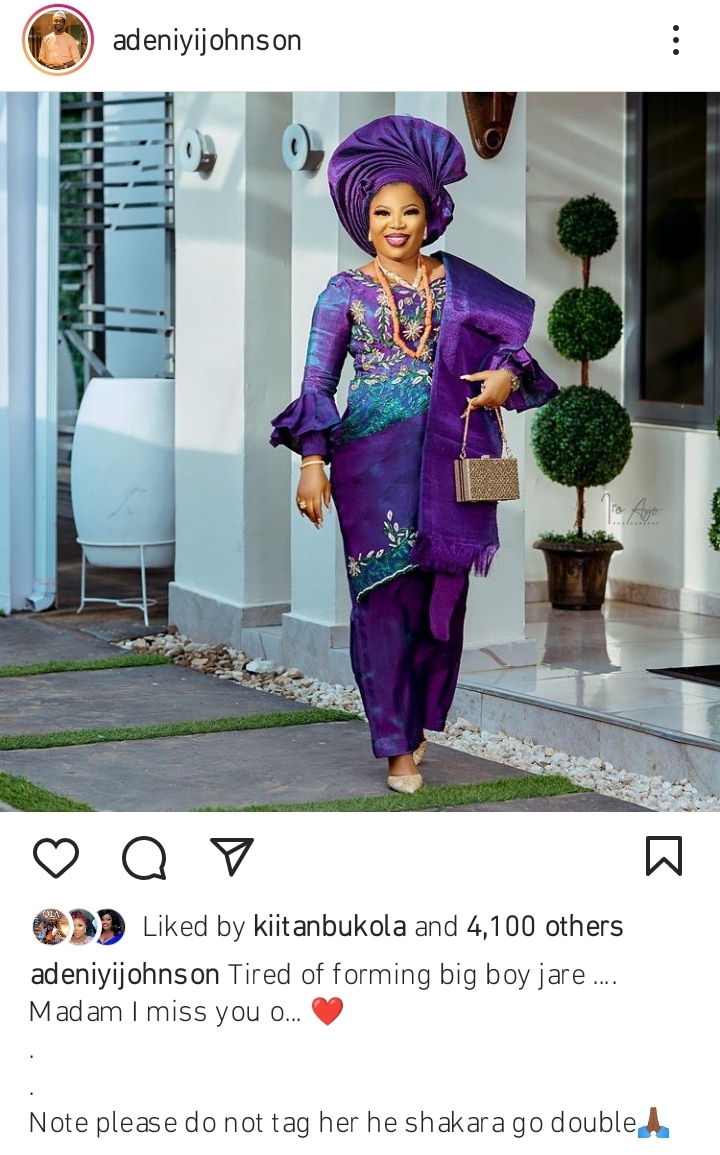 Adeniyi Johnson cries out to his wife, Seyi Edun