Popular Nigerian preacher and religious leader, Apostle Johnson Suleman has reacted to the allegations leveled against him in the late hours of yesterday by an alleged mistress.

In the late hours of yesterday, Monday, May 9th, an alleged mistress of the man of God, a Canadian-based Nigerian singer Stephanie Otobo came out to allege that the man of God has been having an affair with her and also tried poisoning her.

The lady took to Twitter and wrote, “Apostle Johnson Suleman tried using police to shut me up because I visited Nigeria to do feature Timaya in a song. I already paid Clarence Peters for the visuals of the song before oga arrested me, cos I refused to obey him to go back to Canada. He wanted me to amount to nothing.” 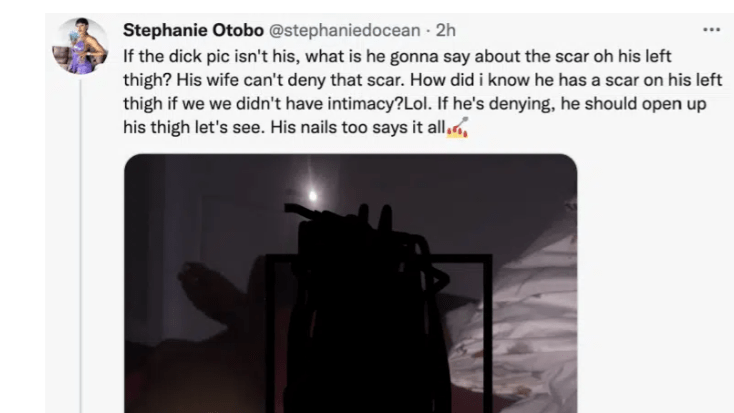 Some years back the alleged mistress Stephanie Otobo accused Apostle Suleman of having an affair with her but he came out to deny having anything to do with her.

Reacting to the allegations and trolls in a tweet, Apostle Suleman said he is trending on social media because he called for the end of the ASUU strike.

“I tweeted ‘End ASUU strike’ yesterday Sunday and today Monday I am trending on Twitter.. una well done! Same strategy all the time. You guys should have done this at least a week later to avoid traces. END ASUU STRIKE!”. 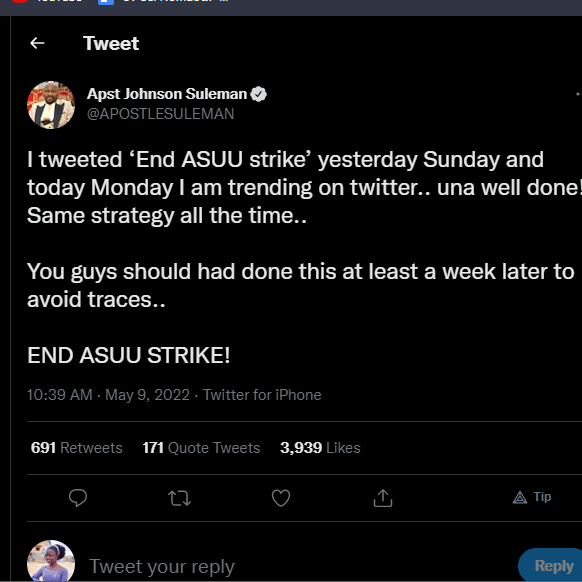