Nigerian singer, actor and politician, Banky Wellington has made an exceptional demand from his actress wife, Adesua Etomi. 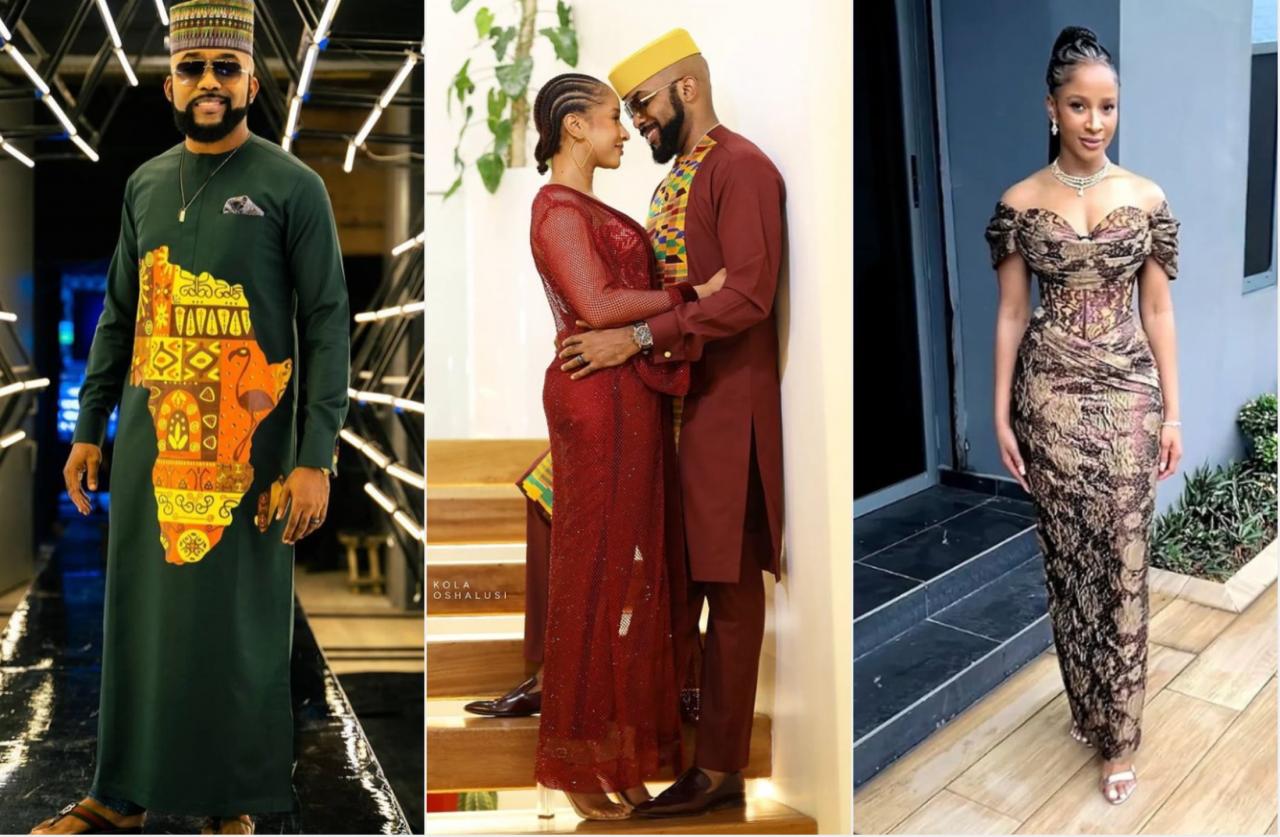 Banky Wellington dm Adesua with a screenshot of a health post which stated that orgasms can help clear a stuffy nose.

Reacting to it, Banky W told his wife that he needed her help as his nose his blocked.

She referred to her husband as a complete riot.

“This guy is a complete riot”.

News recalls Banky Wellington had opened up on his struggle with Adesua Etomi struggle to have a child.

The father of one revealed during an interview with Chude Jideonwo that 2019 was a seminar time in his life because he was contesting election and was also trying for a child with his wife.

According to the singer, they lost a set of twins in the process and Adesua went through several pains.

He said, “2019 was a seminar moment in my life because that was the year we were running for office and at the same time my wife and I were struggling at that point to have a child and then we lost twins and we saw our her body go through so much pains”.

He also disclosed that both of them never wanted to marry an entertainer. Praising her, he appreciated God for giving him the most amazing woman on earth and prayed for him to bless her. 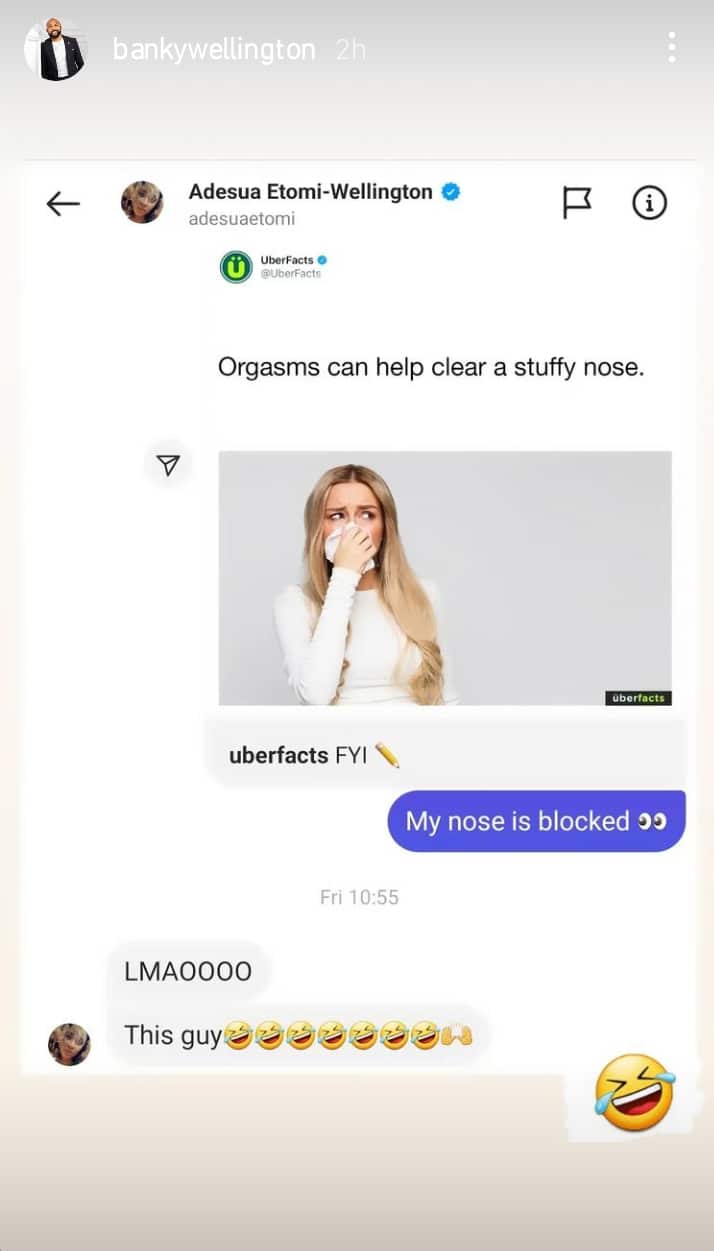 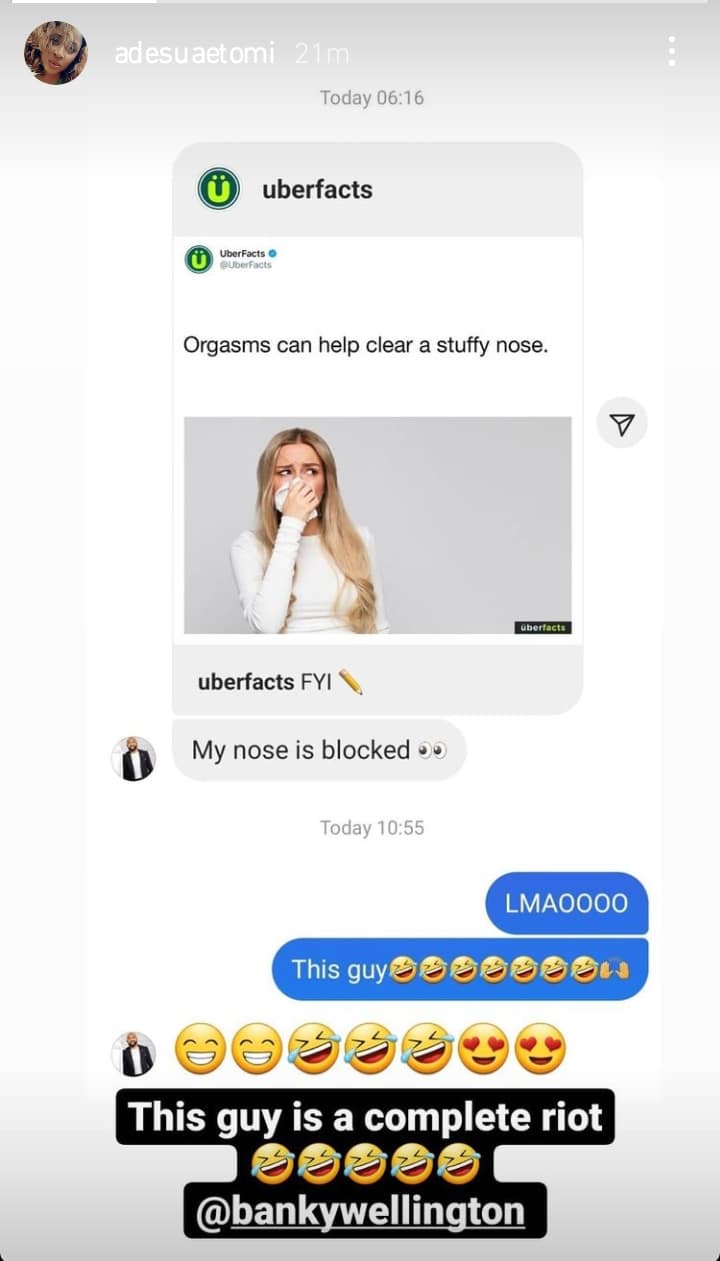 Banky W cries out to his wife, Adesua Etomi for help, makes an unusual demand

VIDEO: “My wife and I struggled to have a child and we lost twins in the process” Banky W eulogises Adesua Etomi (WATCH)