Activist and convener of Concerned Nigerians, Deji Adeyanju has just confirmed that Banky W was eventually given the PDP ticket after being previously declared the winner to represent the party as its House of Representatives candidate in the upcoming 2023 elections.

Deji Adeyanju minutes ago tweeted “PDP is cursed. Banky W didn’t get the ticket according to their latest evil scheme, all they care about is dollars…Kai, I’m sincerely tired of this country. We are in serious mess. The generation of our children are in trouble.”

Although details of the move are still sketchy as at the time of this report but this has come as a rude shock to many Nigerians, especially youths. 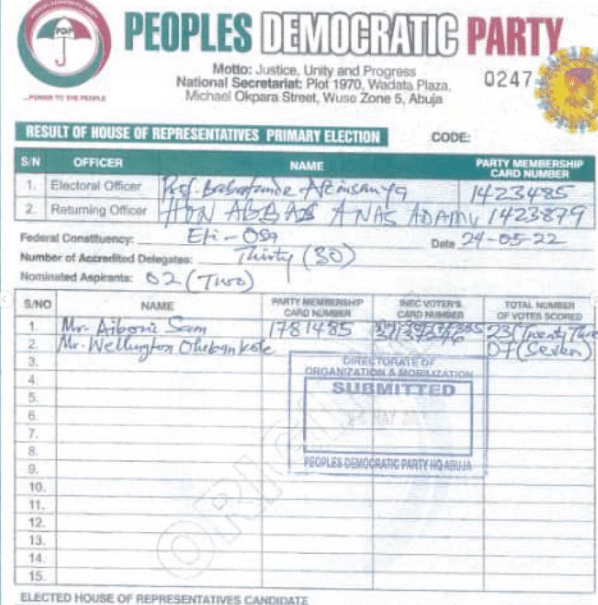 Reacting actor Yul Edochie wrote “My brother, politics in Nigeria is all about money. 90% of the political parties are set up to make money. They don’t care about state of the country. That’s why APC sold form for 100m. When I ran for Governor in 2017 my party people nearly fought me cos I wasn’t sharing money.”

Recalls that on Monday, May 22, 2022, Nigerian singer turned politician, Bankole Wellington, popularly called Banky W, won the PDP ticket to represent the party as its House of Representatives candidate in the upcoming 2023 elections.

Banky W is contesting for the Eti-Osa Federal Constituency seat and the music star polled 28 votes to beat his closest opponent who scored three votes.

A total of 140 aspirants vied for PDP tickets for the 40 seats in the Lagos State House of Assembly, while 85 aspirants sought the state’s 24 House of Representatives seats.

VIDEO: “My wife and I struggled to have a child and we lost twins in the process” Banky W eulogises Adesua Etomi (WATCH)

Banky W cries out to his wife, Adesua Etomi for help, makes an unusual demand