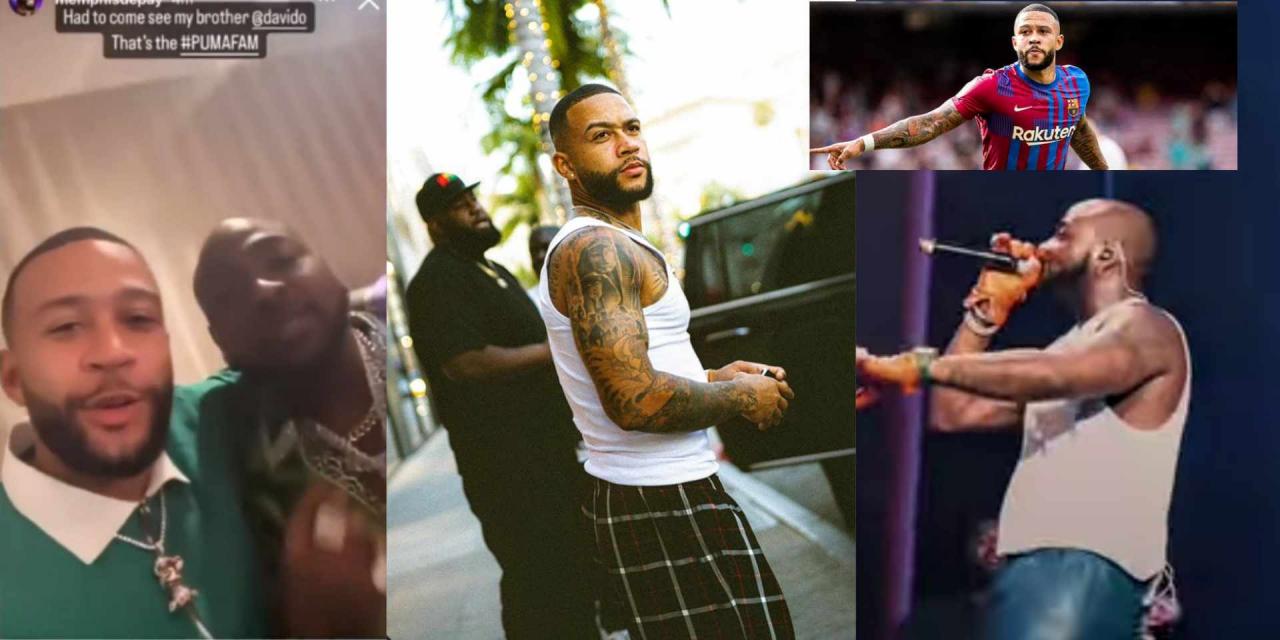 The former Manchester United forward who faces an uncertain future in Spain following an injury-blighted first season with the Blaugrana, was seen in a happy mood with the superstar.

It was gathered that Depay, who has a Ghanaian root, was at the singer’s concert in the United States, thus seizing the opportunity to pay him a visit on backstage.

Further reports say that the player presented Davido with a Barcelona jersey after they exchanged pleasantries for the first time in the offline world.

Nollywood actress, Tonto Dikeh has bragged about her prowess in leadership.

The actress who is contesting fordeputy governor in Rivers State had an interview session on Channels Television where she spoke indepthly in her political career.

What drew people’s attention was when the actress bragged about never failing in leadership.

Tonto Dikeh affirmed that she has never failed in relationship and at such, she believes she is capable of succeeding as Deputy Governor.

Tonto Dikeh who is under the flag ship of African Democratic Congress (ADC) stated that she deserves the prestigious position because she has paid her dues.

“I have been tested critically in leadership through my organization Tonto Dikeh foundation and secondly through, an existing organisation, which is a community of youths in Mobilization and Sensitization which works through directly to the government to the youths. I have paid my dues when it comes to social activities”.

“I know and that is so…CONTINUE READING…

Faces of actor Itele three wives, plus his alleged side chicks (DETAILS)