Baron Meyagy, the father of Big Brother Naija ‘shine ya eyes’ reality star, Angel JB Smith has called out Cross over his statement on the final episode of the reunion. 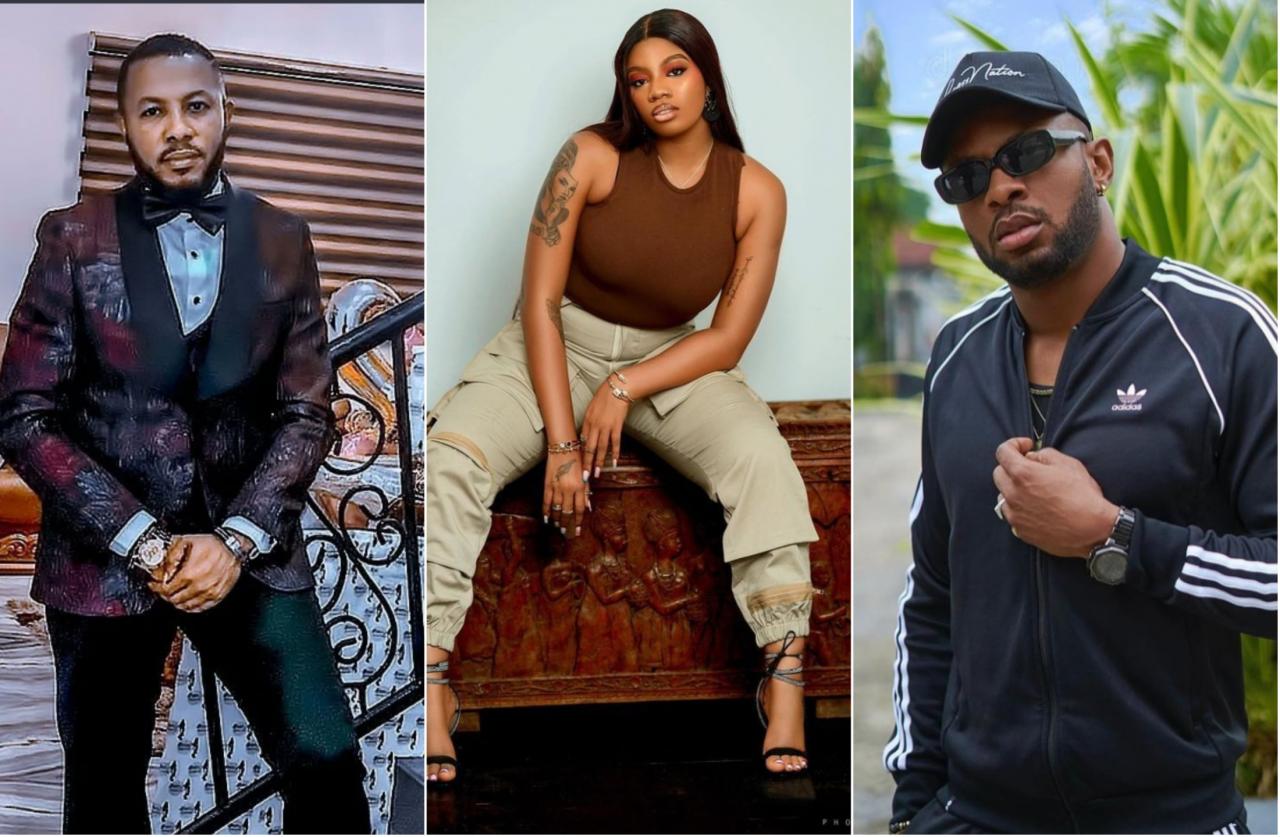 Cross while in a heated argument with Angel Smith revealed the number of things he has done for his parents.

Following the revelation, many took to her parent’s pages to drag them.

Taking to his Twitter page, Baron questioned why Cross would go on live tv to give an impression that he had done stuff for him.

Setting the records straight, he said he had asked the reality star and several others to donate to a charitable cause he and his partner held for an orphanage for Christmas.

He tweeted, “Dear @crossdabossike I don’t know why you’d go on live tv to give the impression that you have done stuffs 4 me? I asked you and several people to donate to a charitable cause my partner and I held 4 an orphanage for Xmas, of which u did & got tagged 2d videos? This is wrong!”.

His call-out came hours after his daughter, Angel Smith lashed out at trolls who dragged her parents for feeding off Cross.

This came following a statement made by Cross where he pointed out things he had done for Angel’s father.

A tweep, however, took to Twitter to seek the truth about Cross’s assistance to Angel’s parents.

Angel refuted the claims in a series of tweets, she stated that her parents never demanded any money from him and he had only contributed money for her dad’s foundation.

SEE ALSO   You will know no peace until you ask for forgiveness – Daddy Freeze, Anita Joseph, Rita Edochie react after Uche Ogbodo slammed those who wish her death

“Are you out of your stupid ass mind??? Don’t try me this evening. My father and your boy did a charity case together and they donated to an orphanage. Cut that bs out.

You all better leave my Goodman alone; because I will go to war for him.

“And let everyone call me angry and defensive; I don not care. Whatever narrative about me can fly but you see my parents? You will not dare label them as beggars”. 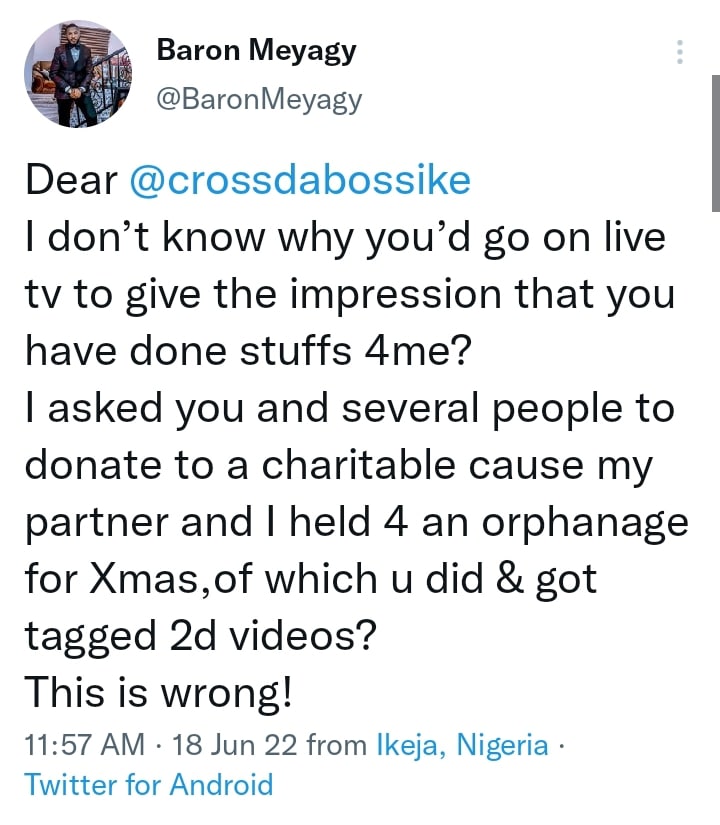 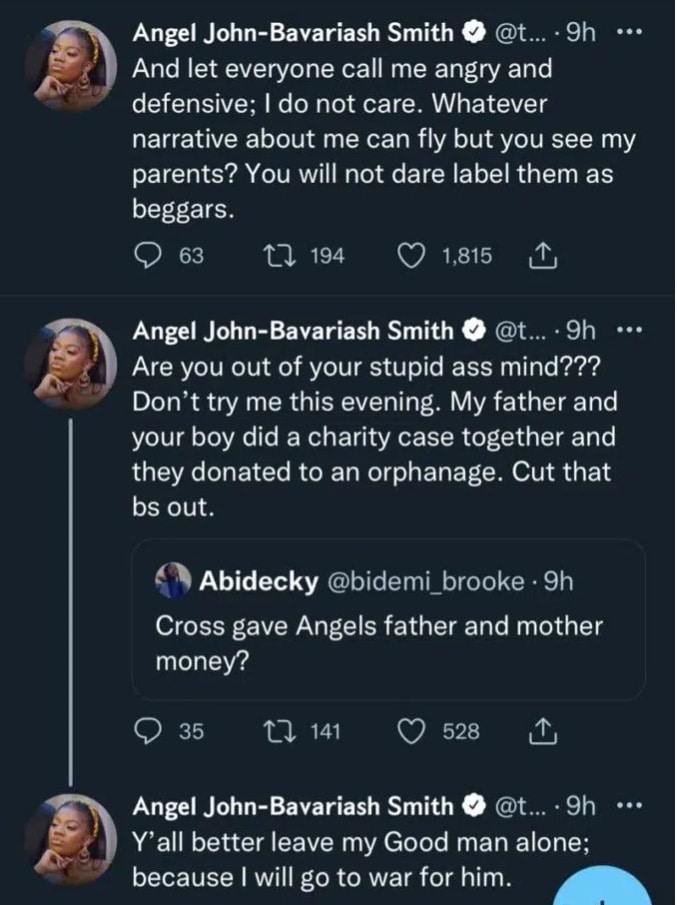 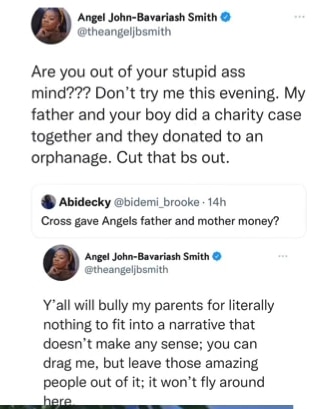 God Bless The Man Behind My Smiles and You too” — Actress, Adebimpe Says