Nollywood actress, Bidemi Kosoko has thrown a naming ceremony for her newborn daughter.

News reported on May 3rd that the actress and daughter of Veteran Jide Kosoko had welcomed a baby girl.

The actress had a low-key white themed naming ceremony for her daughter.

Her father, Jide Kosoko has now shared beautiful moments from the event.

Spotted at the event was actress, Foluke Daramola Salako.

He captioned the video with, “Abidemi’s baby naming house party. My bundle of joy @bidemi_kosoko”.

News recalls Veteran actor, Jide Kosoko was the happiest man following the safe birth of another grand child from his daughter and actress, Bidemi Kosoko.

Jide Kosoko announced the birth of his granddaughter via Instagram, where he asked Nigerians to rejoice with him and also pleaded that she should be remembered in prayers so as not to have any after-birth sickness.

“A big congratulations to the Kosoko and Bankole Family, as Abidek gave birth to baby girl this morning, an addition to my grand children. Join me in thanking God and prayer for mother never to witness after birth sickness. Thank you my people.” Jide Kosoko wrote. 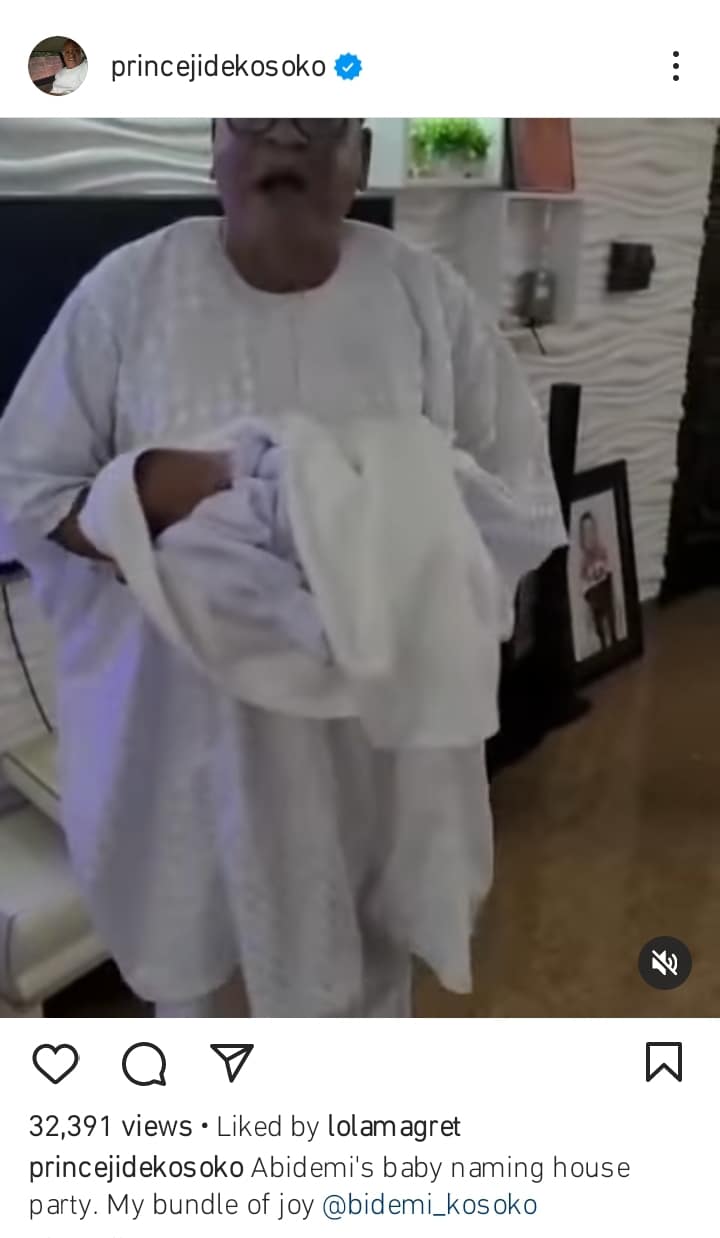