Popular crossdresser, Bobrisky has been allegedly dragged to court over unpaid debts.

Recall that last year, Bobrisky had been dragged by a jeweller for buying gold on credit for his birthday shoot and refusing to pay.

The jeweller in a series of posts shared on Instagram claimed that Bobrisky’s outburst calling out his ex-best friend, Tonto Dikeh for owing him N5 million triggered the call out.

According to the jeweller, Bobrisky is a hypocrite and clown, she questioned his gut in calling out Tonto Dikeh for debt, when he was also a debtor.

The jeweller said they do not sell gold on credit or instalment payment, and Bobrisky’s case was unfortunate.

The jeweller added that the issue had been in court for almost a year, and they were waiting for the final court judgement. Read more here.

In a new update, the crossdresser appeared at Magistrate Court 1, Ajah division on Friday, July 1st.

Kemi Filani news recalls Bobrisky, had reacted after being called out for buying gold on credit for a photoshoot and had refused to pay.

Reacting to this, Bobrisky, in a post shared on her Instagram page, said he does not owe the jeweller as his bangle worth 2.4 million was in her possession and should not expect any payment from him.

Bobrisky warned the Jeweller not to mess with him because his full name was trouble adding he gave the jeweller a bangle to wash for him, and she was yet to return it.

“I was asked not to respond to you yeah, but I’m very stubborn and I won’t take shit from a nuisance like you called houseofameripearl, firstly tell me you are pained I left ur ass for @beckygoldjeweler. 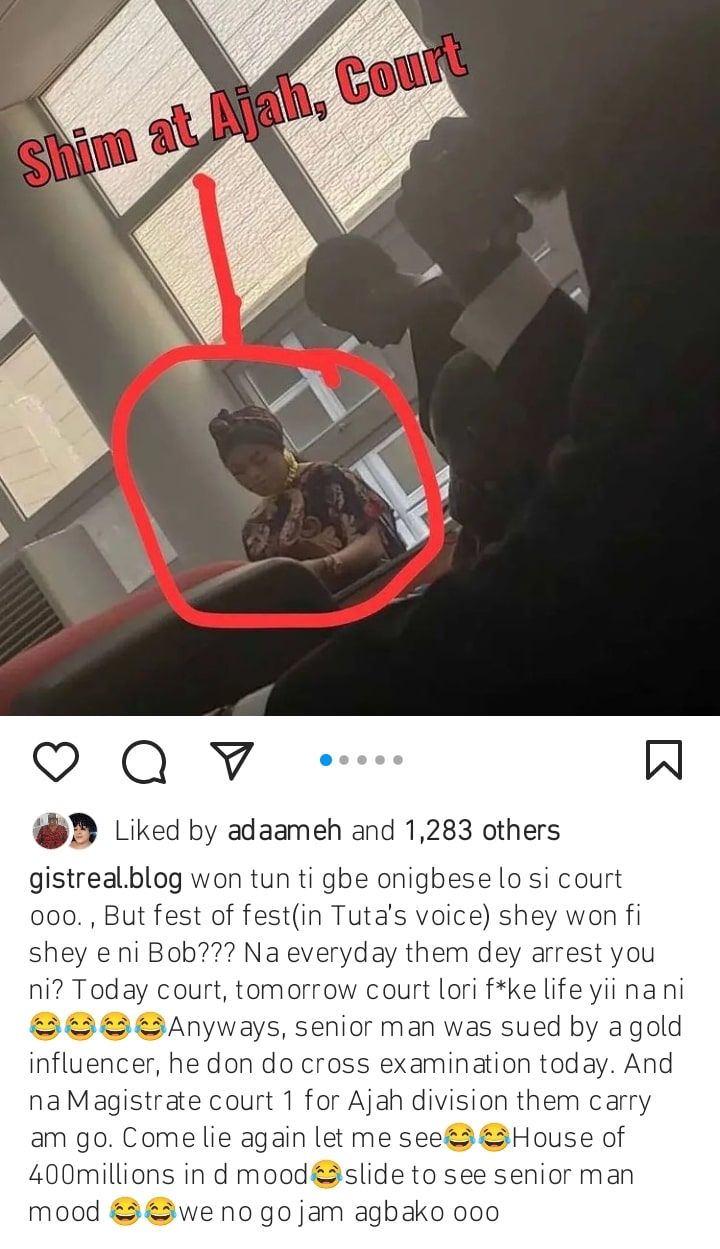 VIDEO: “I destroyed my life because of love for money and fame” – Bobrisky’s former PA, Oye Kyme laments (WATCH)