The actor won the best actor in a supporting role for the movie, Jankariwo which was produced by Bukunmi Oluwasina.

Showering praises on him, Bukunmi noted how his win made her feel like a proud producer.

She appreciated him for honouring her call when she reached out to him to star in her movie and for putting on his best to bring the script to live.

“We did it!! Jankariwo brought this home. It’s such a honor to have my movie mentioned twice on the list of the biggest award platform in Africa and successfully bringing one of out the two categories home. Congratulations to my brother…@odunomoadekola call him “Number 1” thank you for bringing your “A Game” to Jankariwo. Thank you for honoring my call and doing this with me and making me feel.like a proud producer tonight. Thank you all the cast and crew of Jankariwo and finally a big thank you to all the fan that voted. I throwwwaaayyy salute for una. And above all, thank you Lord for giving us all the privilege to witness the happy moment together. Tonight I go dance tire for after party”.

News recalls Bukunmi Oluwasina was over the moon and overjoyed as her 2021 movie, Jankariwo made history as the first Yoruba movie to get double nominations at AMVCA

Bukunmi Oluwasina narrated how she woke up to 96 missed calls, which made her scared at first, but when she heard the news, she was over excited.

SEE ALSO   “You are my twin” Davido and babymama, Amanda celebrate daughter, Hailey Adeleke as she clocks 5

According to her, she screamed in delight and told her husband, who told her that her movie got two nominations

This was a great feat for her as in the history of AMVCA, no Yoruba movie had gotten two nominations, Best Indigenous Yoruba movie and best supporting actor.

Bukunmi noted how it took her 7 years to get back on the award show.

She showed her appreciation to her cast and crew and to her ever supportive fans. 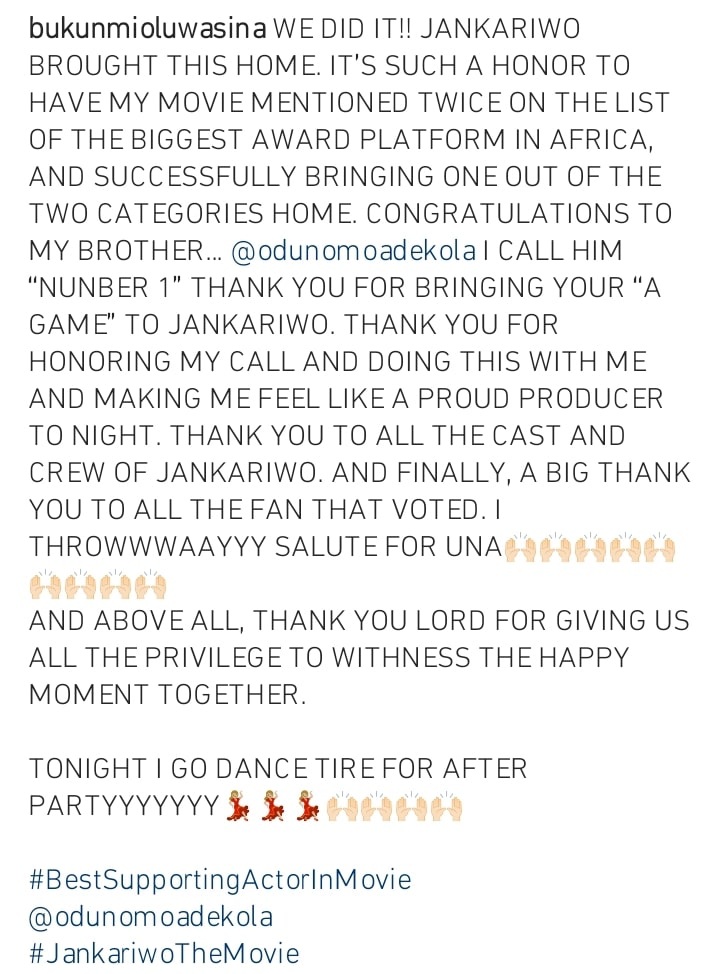 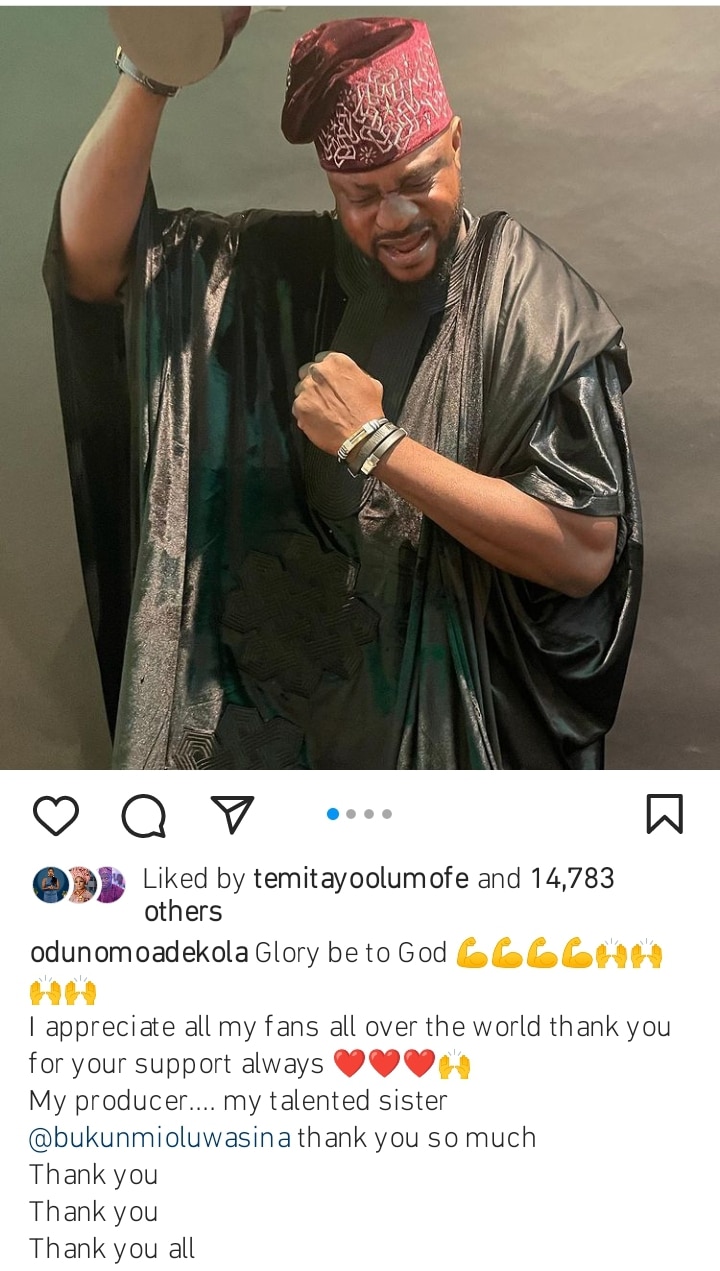