Popular Nollywood actress, Chacha Eke Faani has disclosed that her marriage to Austin Faani has ended. 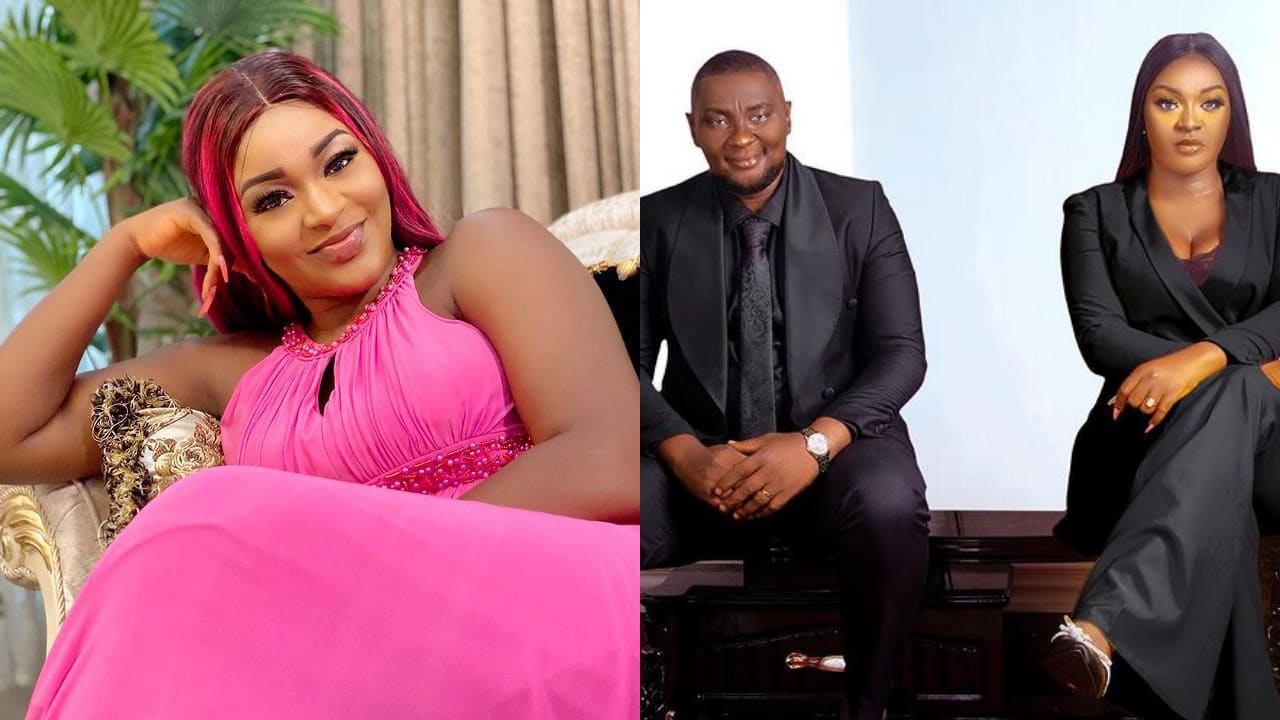 The mother of four took to her social media page on Monday June 27, to drop the news which has left her fans shocked.

The actress gave various reasons for the split which bordered on physical abuussee.

From the lengthy post she made, she stated that it’d be better she leaves now that she’s still alive or risk leaving as a corppsee.

She also added that she doesn’t want to die or go inexplicably missing while revealing that she has released evidences to her lawyers and the police incase things awry.

“LEAVE NOW ALIVE OR LEAVE AS A CORRPPSE

Many have died pretending all is well whilst wishing, hoping and praying for a better tomorrow.
I don’t want to “die” or go inexplicably “missing”.

I sincerely and publicly apologize for living a lie these past years. True to random speculations, there has been trouble in my “perceived paradise”.

If push comes to shove & suddenly i am incommunicado; my lawyers, the welfare department and the Nigerian police force have my testimonials in recorded video clips/statements set for public release on all social media apps and national newspapers” 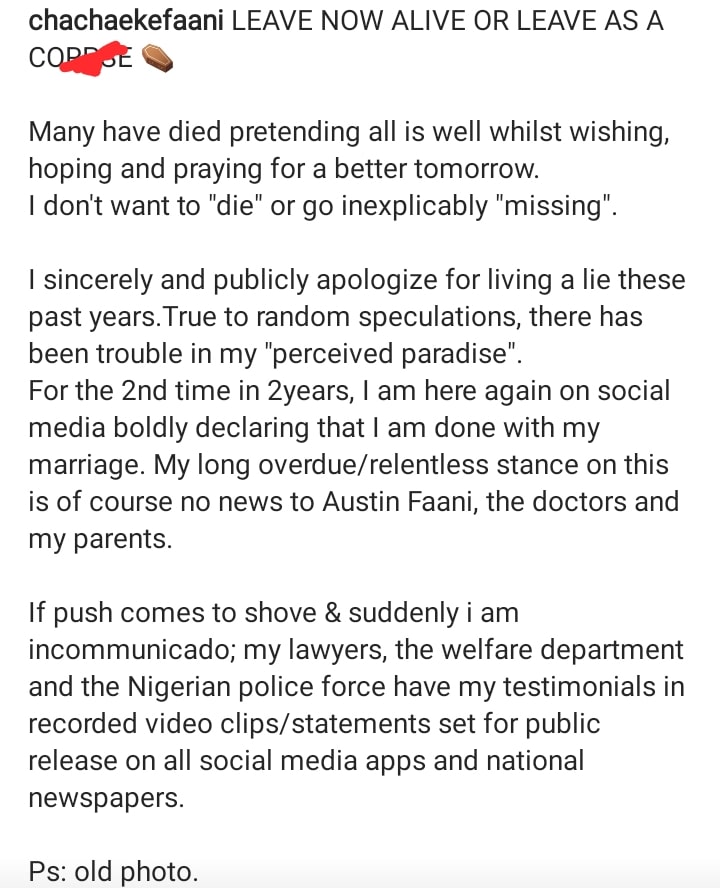 “The Lord is your strength” Actress Funke Akindele, Ruby Orjiakor and others pray for Chacha Eke