Filmmaker and husband of actress, Chacha Eke, Austin Faani has finally spoken out on his alleged marital crisis. 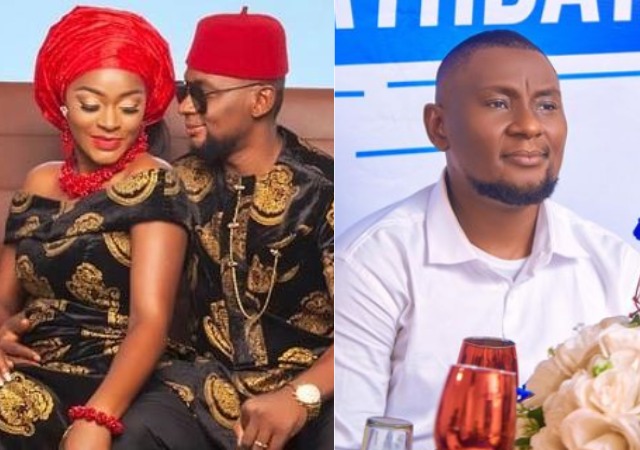 Nws reported that Chacha Eke shocked her numerous fans when she announced via on her verified Instagram page that she had left her husband. The actress cited numerous reasons she left, which included abuse.

Detailing why she left her marriage, Chacha Eke said she would quit while she was still alive than leave as a corpse. She also claimed she didn’t want to die or go inexplicably missing.

Speaking further on her separation, Chacha Eke claimed she had released some evidence such as videos, voice notes, and photos to the police force, her lawyers and the media in case things went south. Read more here.

Hours after her post, Austin Faani took to his Instagram page to refute her claims of domestic violence.

He affirmed that he isn’t a violent person as he detest violence in any form.

He reiterated that he has never raised his hands on any woman in his life including his wife.

The father of four noted how everyone who are close to the case know the truth, which he wouldn’t divulge.

Austin Faani added that the person who started the talk will in due time continue to talk.

“I am not a violent person. Personally, I detest violence in any form. I have never raised any hand in any woman in my life including my wife. Everyone close to this case knows the absolute truth and it is not in my place to divulge it, the one person who started the talk will in due time continue to talk. Let light lead”.

SEE ALSO   She Threatened Me, Urged Her Fans To Beat Me Up – Kemi Olunloyo Revisit Fight After Ada Ameh’s Death

News recalls Chacha Eke had left many worried as she issued out an SOS.

SOS is a distress signal which stands for (Save Our Soul).

She shared an old photo of herself and her husband where she inscribed the SOS signal. This act had gotten many worried on social media. 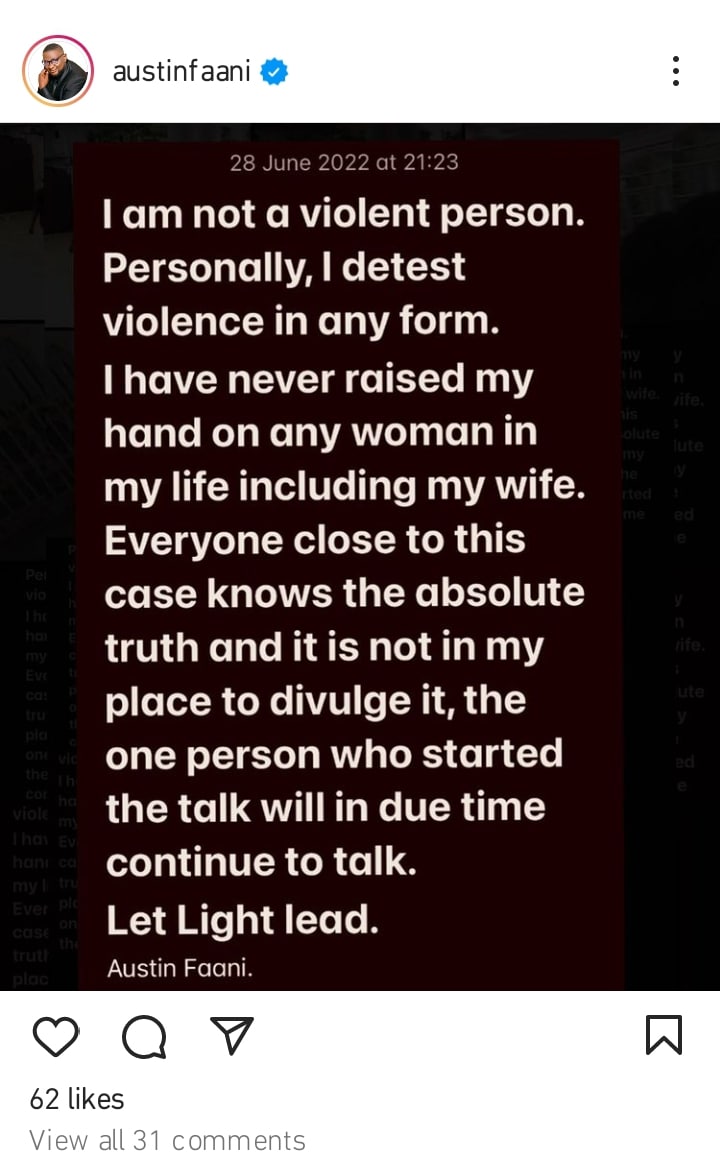