Nollywood actress Chizzy Alichi has lambasted her colleague Yul Edochie over his decision to marry another wife Judy Austin.

Nollywood actor and movie producer Yul Edochie has been trending for a few hours after he took to his page to introduce his second wife and his son on his page.

Yul took to his page to share the photos of his son with the Nollywood actress and the actress’ picture with her baby bump. He wrote, “It’s time for the world to meet my son.
His name is STAR DIKE MUNACHIMSO YUL-EDOCHIE.
@stardikeyuledochie
Born by my second wife @judyaustin1
And I love him so much, just as much as I love my other children.

After the actor was lambasted by social media users including his wife, he posted the photo of his first wife May Yul Edochie, and captioned it, “NUMBER ONE.
❤️❤️❤️❤️ @mayyuledochie Undisputed.”

A lot of people have bashed Yul for posting his wife. One of the people who lambasted him was actress Chizzy Alichi. She commented under Yul’s photo, “One and only is better. Odogwu love doesn’t take numbers ✌️”. 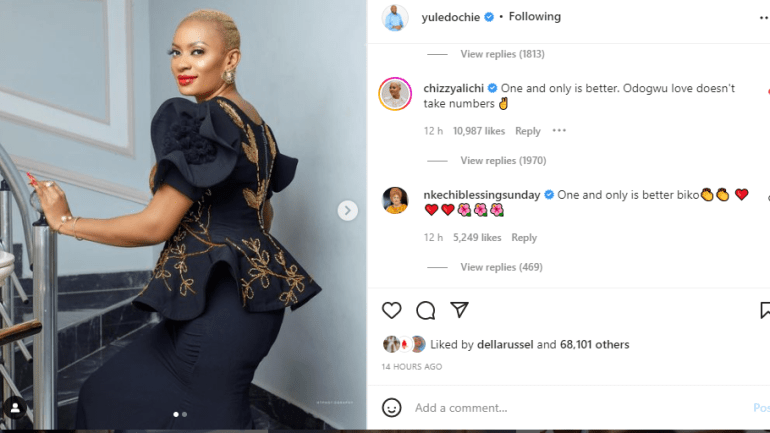