The multiple award winning singers and performing acts have taken to their official media pages to announce an upcoming joint body of work which would be released very soon.

Davido an dKizz Daniel on Thursday, June 2, 2022 made this revelation on Twitter. According to the DMW headline act, the project when released will sell a million copies in the first week.

Details of the joint EP has not been confirmed yet but a joint project from the ‘FEM’ hit-maker and ‘Bugar’ hit-maker would definitely be a masterpiece.

Few weeks ago, the Afrobeats singing sensation and entertainer who is set to bless music enthusiasts and the music community with his first ever studio album released a masterpiece tagged; “Woman”.

‘Woman’ happens to be track 4 off Omah Lay’s upcoming debut studio album captioned; “Boy Alone” which is scheduled to be released on Friday, June 24, 2022 on all streaming platforms.

Well, ‘Woman’ which was released on Friday, 20th May, 2022 has debuted at the number 13th position on the recently launched Billboard U.S Afrobeats Songs Chart. 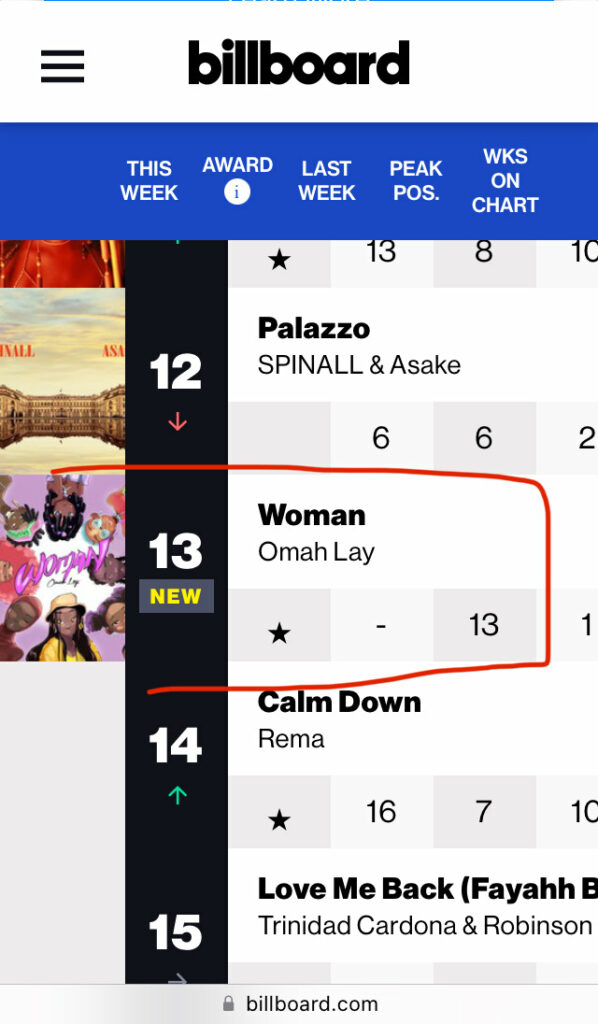 SEE ALSO   If I Don’t Take Care Of You, Who Will?- Nigerian Lady Says As She Sends Her Boyfriend N20,000 To Get A Haircut

May The gods K!ll You’ – Iyabo Ojo Reacts To Allegations That Her Daughter, Priscilla, Is Dating Kizz Daniel