The two who haven’t been best friends of friends reignited their beef when Burna Boy threw a shade at him.

News reported that the singers released a new single on the same day, May 13 and were fighting for the number one spot.

Davido first hit the top spot and had thrown a shade to his competitors with the comment, “There is a reason why I am 002”.

Unfortunately, he lost the spot to Burna Boy, who saw it as an opportunity to get back at him.

After hitting the top post, Burna Boy celebrated his victory with laughing emojis which was no doubt aimed at Davido.

To the present, Davido recently celebrated the 7th birthday of his first daughter, Imade Adeleke who he shares with Sophia Momodu and the singer surprised many with the Burna Boy look-alike toy he gifted his daughter.

A twitter user who noticed the similarity between the toy and the singer wrote, “No way Davido gifted his daughter “imade” an Odogwu “Burna Boy” as a toy on her birthday”. 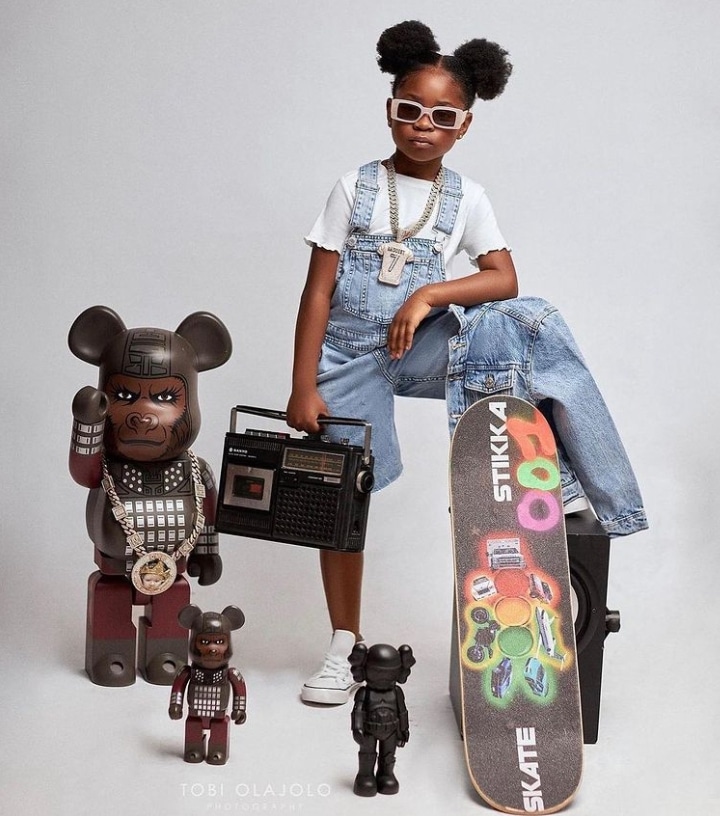 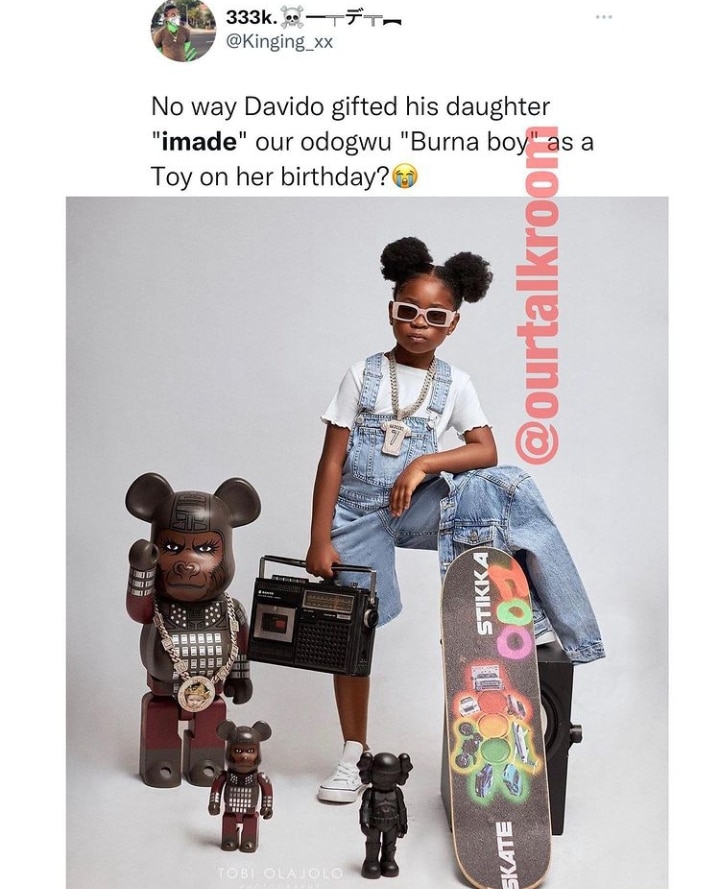 SEE ALSO   VIDEO: “Is my daddy the man in your life?” Davido’s daughter, Imade questions her mother Sophia Momodu, she replies (WATCH)

VIDEO: “Is my daddy the man in your life?” Davido’s daughter, Imade questions her mother Sophia Momodu, she replies (WATCH)