The singer hailed the mother of one while sharing a photo of her which was taken during their daughter Imade’s 7th birthday.

Sophia, who posed for the camera in a lovely outfit, was seen standing behind the singer’s Lamborghini, with him seated in the background.

“She sabi no worry”, Davido said while sharing a photo of Sophia.

Reacting to this, frenny_baby wrote:

mhiz_kenievive111: “Davido investment make everybody rest Na the main be this Abeg✅❤️❤️❤️❤️❤️”

king_uc1: “The only one supporting Davido without hiding in the shadows …love u scatter keep the energy.” 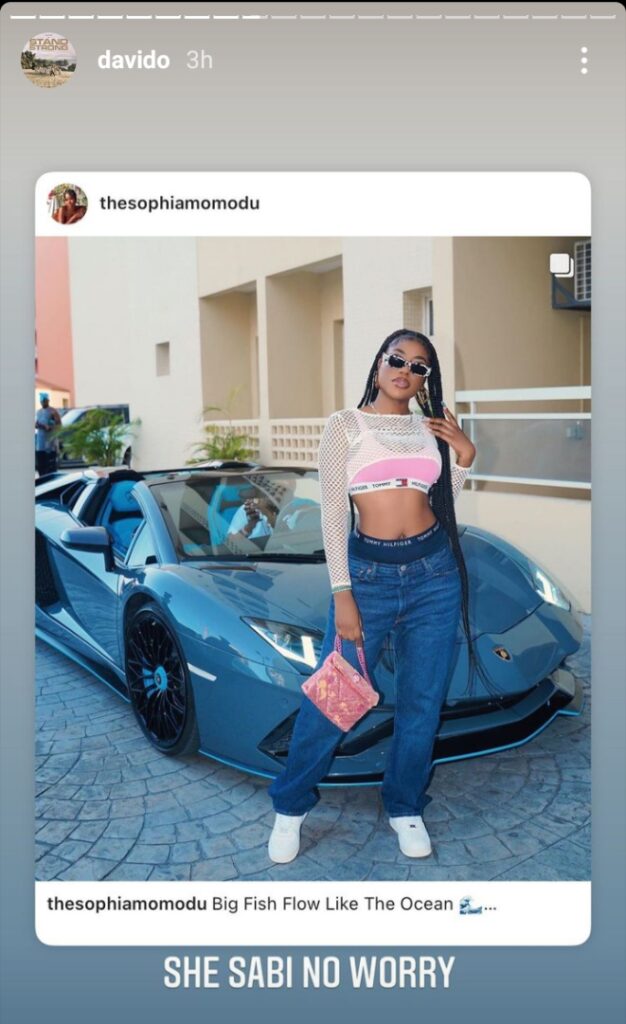 SHARE WITH FRIENDS
SEE ALSO   Female Fan Goes Haywire, Nearly Faints Over What Davido Did To Her At An Event (Video)

Female Fan Goes Haywire, Nearly Faints Over What Davido Did To Her At An Event (Video)