Popular singer, Davido had ended his beef with his cousin, Clarks Adeleke.

News reported on January 19th that Davido had blasted his cousin for contesting in the 2023 Osun State Governorship Election.

Davido slammed him for eyeing the Governorship seat that their uncle, Senator Ademola Adeleke was interested in.

Dele Adeleke pitted against his relative, Senator Ademola Adeleke who had always indicated his interest to run for the governorship election.

Davido who was team Ademola saw his cousin’s run as a big blow to the family.

In a series of tweets, the singer knocked him, most especially for writing about his late mother.

Davido noted that his cousin had employed people to write about him, which he didn’t give attention to but what caught his interest was when they included his late mother in their posts.

Davido described him as being “ungrateful” despite the love his family showed him.

He lambasted him for including his late mother in an article because of his political ambition.

He noted how his mother was the one who raised him up and cared for him.

He stated that his cousin’s audacity had infuriated him and he was ready to unleash his craziness.

However, it seems the cousins have reconciled as Davido took to his Instagram story to shower him with love.

Clarks Adeleke was honoured to be the youngest delegate at the PDP convention which is a great feat for him.

“Yesterday I was privileged to be the youngest delegate in the convention of our great Party the PDP, I will like to thank my leader and father H.E @seyi_amakinde for his continuous support”.

SEE ALSO   VIDEO: I came back to Nigeria to collaborate with Davido, Wizkid and Burna Boy – Portable reveals (WATCH)

Davido reposted it on his story as he rejoiced with him.

He wrote, “Proud of you Cuzzo @clarksadeleke the journey begins! We dey ur back”. 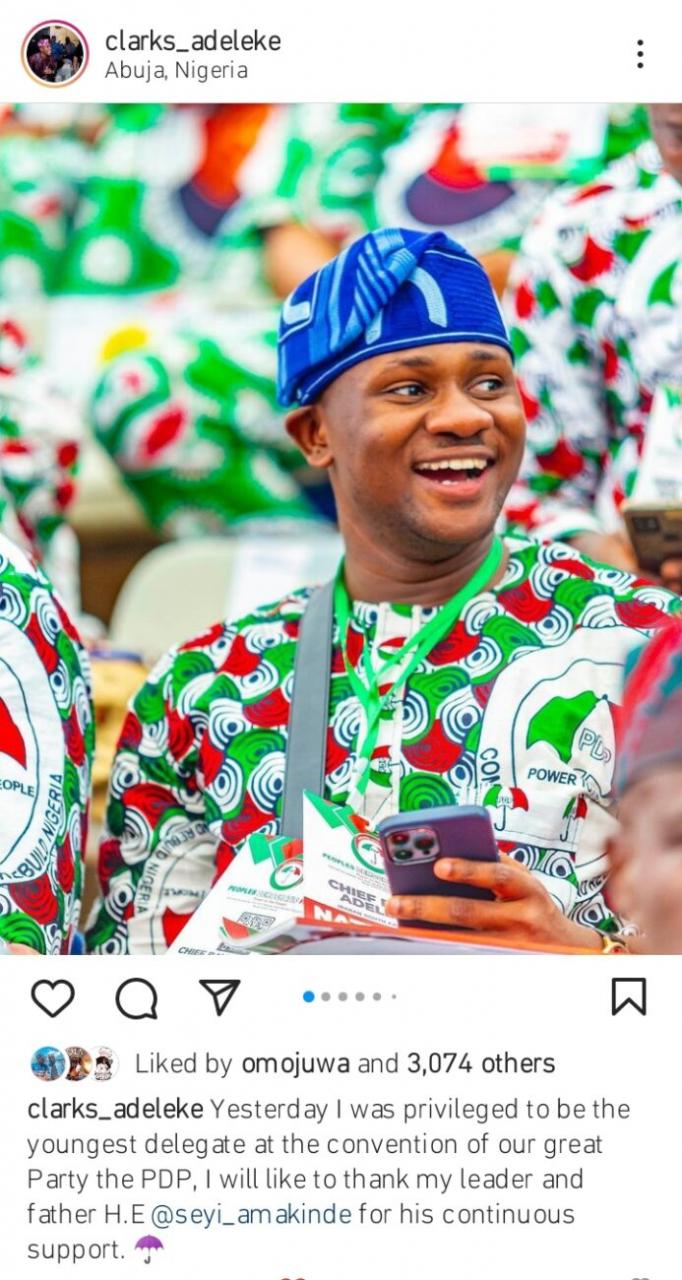 Davido settles beef with cousin, Clarks Adeleke, showers love on him over his political achievement