In a new attack, Gistlover has alleged that Nollywood actress Destiny Etiko and her friend also in the movie industry, Abigail Nebechi went mad after a sexual encounter with Apostle Johnson Suleman. 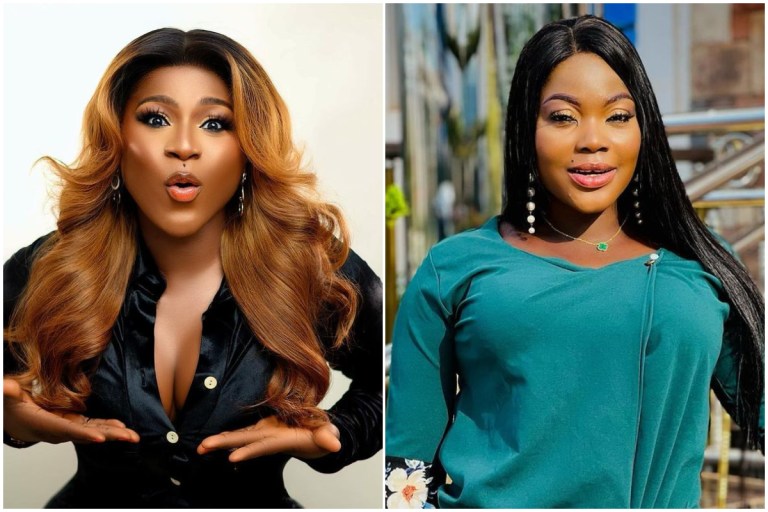 Gistlover, a faceless blogger has called out Nollywood actresses in his attack on the man of God, Apostle Johnson Suleman.

According to Gistlover, Destiny Etiko pimped her friend, Abigail Nebechi to the man and God where they later had a twosome with him and after the incident, they went mad while shooting a movie on set. He added that the actresses were sent to a man o God called Prophet Mark who did some cleansing for them until they regained their sanity partially.

In his words, “Continuation: And they had threesom with Apostle Joshson Suleman apostle indeed, he gave them lots of money, during those period destiny and her friend ball well well even change car then, not long after the friend Run mad, serious one oooo, she begin shout Destiny name , say she get conffession to make , she begin talk say na Destiny Carry am go Sule place and before the twosome Sule made them urinate on him, made them touch each other , all sort of styles, say after the night she begin see strange people sleeping with her , they Sha took care of her and she is not too okay now, sometimes she go dey okay, sometimes the thing go hold am, not long after naso head begin scratch destiny too, she say the thing dey make her get internal heat , them carry am go hospital nothing was detected , then one fateful day while on set ,naso Destiny begin talk rubbish almost comot cloth for body,Amarachimbah,Angel emeka, these two people are witness to Destiny display on set that day , she was rushed to hospital still yet nothing , until them carry am go one Baba place for Anambra, that one sef dey call himself pastor mark, he uses all these indians jazz to heal people, naso Destiny dey there ooo until she dey okay then after that the mama come carry am waka again ,did alot of cleansing and all, till now she still get medicine wey she dey carry up and down , according to prophet mark the encounter with Suleman damaged something vital in her body(mouth are sealed ) but I believe all those ones na wash , prophet mark no be God this made Destiny Etiko want to settle down so badly with her boyfriend wey she dey hide , Jerry william,she might be getting married soon sef.”

SEE ALSO   VIDEO: Singer Mr. Eazi and fiancée Temi Otedola share their thoughts on what their wedding will look like (WATCH) 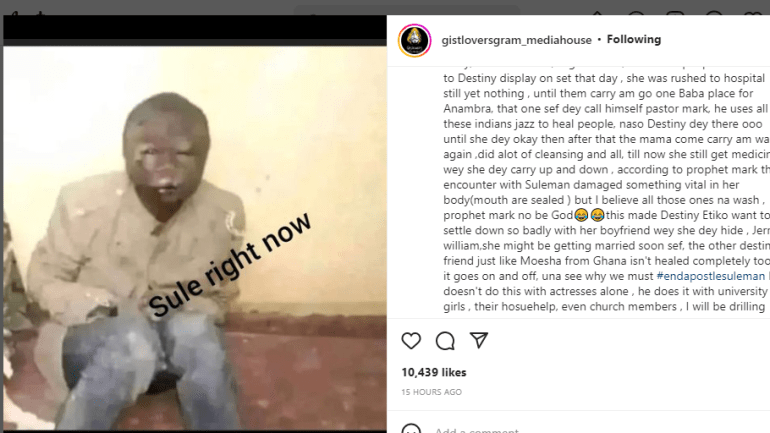