Recall that in an earlier report, we illuminated how Gistlovers accused Anosike of extra-marital affairs with two undisclosed Nollywood actresses despite being married to Rita.

In recent reports, the blogger threatened to drop the location of the hotel they usually meet and went on to hint at the actresses involved by mentioning ‘Aunty U and Aunty I’.

It was also alleged that Fidelis Anosike’s promiscuous lifestyle was what ruined his previous marriage.

Anosike is said to have been dating the three actresses (Rita and the undisclosed two) before he settled for Rita Dominic. 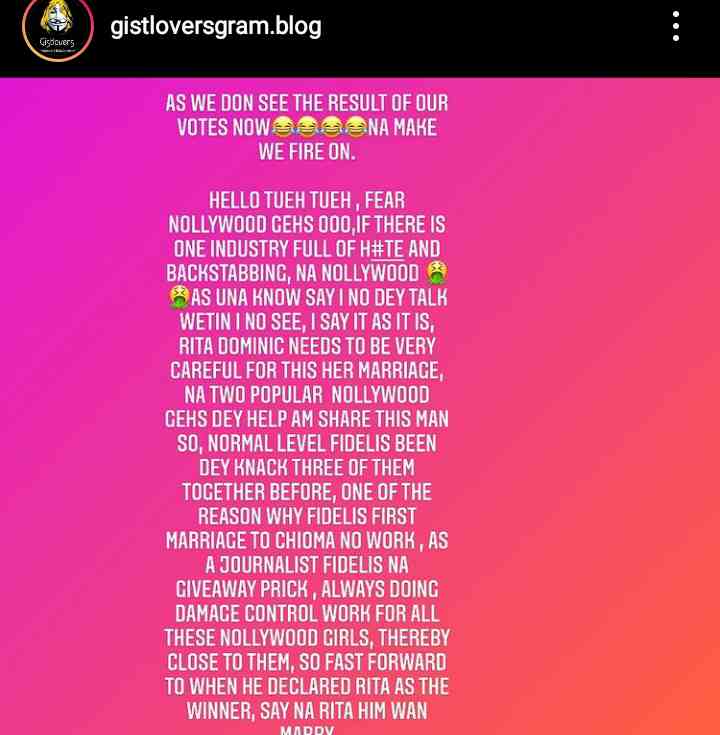 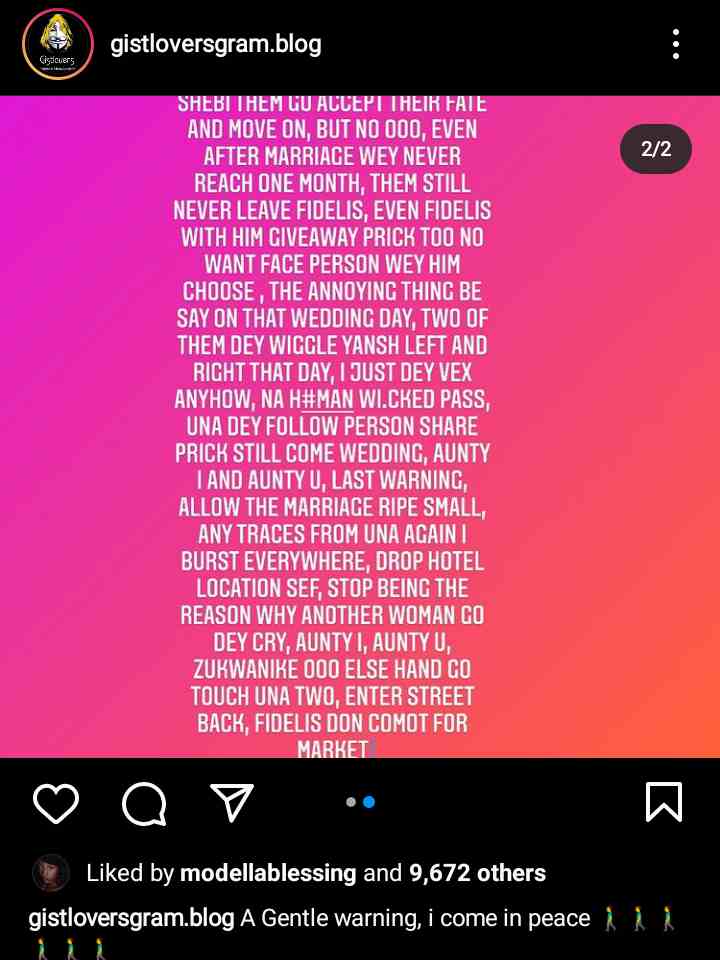 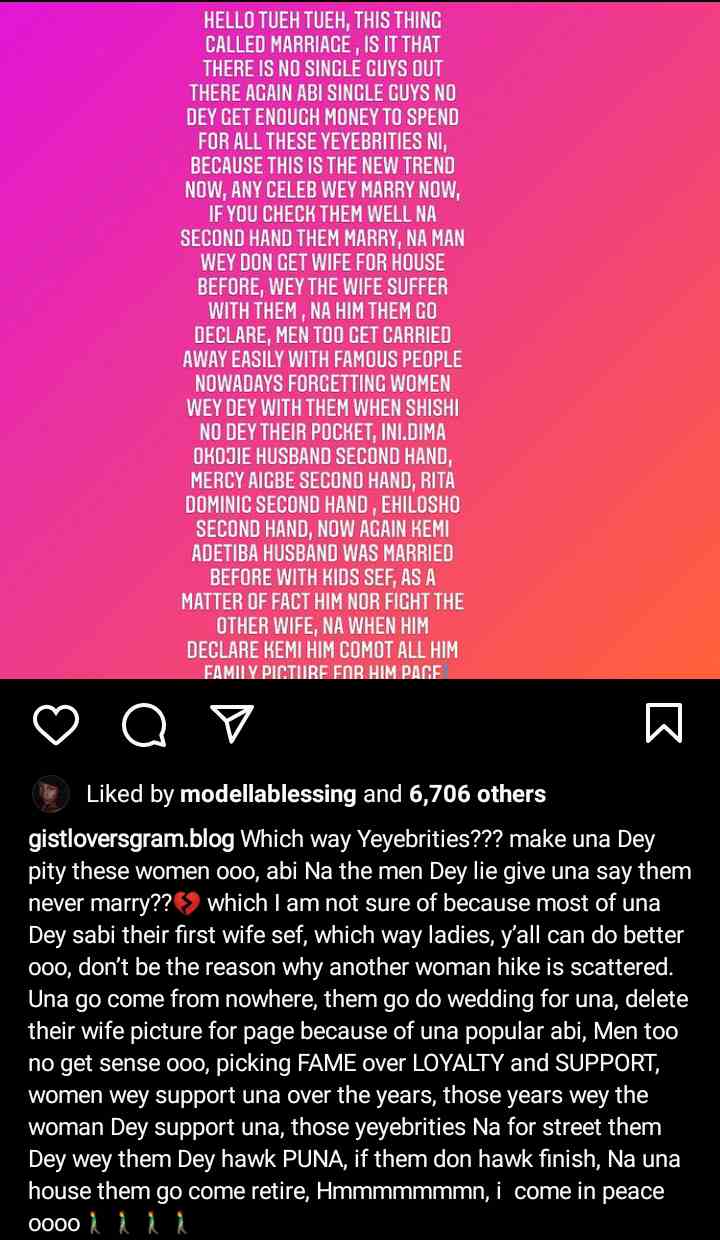