Nollywood actress, Eniola Badmus has showered love on her senior colleague, Funke Akindele Bello over her big win at AMVCA.

Following her big win, Eniola Badmus joined many in congratulating her.

Eniola Badmus stated that Funke’s win is a huge one for them all.

She wrote, “Congratulations Lafunky @funkejenifaakindele this is so huge in our sight and we bless God on this win”.

Taking to his Instagram page to rejoice over the good news, he heaped praises on the actress for the big win.

JJC Skillz wrote, “To God be the Glory we took two home. Congratulations to my wife @funkejenifaakindele and the whole team @sceneonepd. To all the fans, we love you. Thanks for the love and support through the years. Time to jump into the after-party. We move to celebrate”. 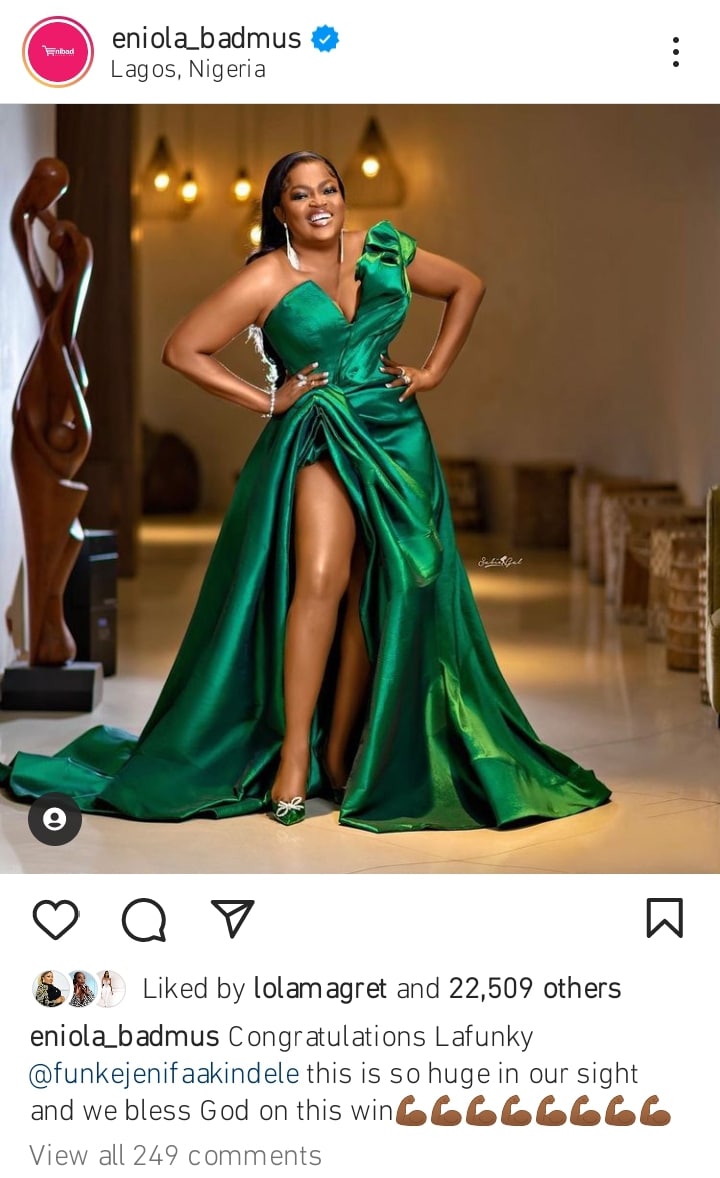 SEE ALSO   ‘If you are no longer my friend, respect secrets I shared with you’ – Destiny Etiko blows hot, sends out warning

“Eniola u be Werey oo, Oloshi omo”- Eniola Badmus gets into trouble for declaring her love for Tinubu and his wife