Afropop and Afrobeat musician, Ahmed Ololade Asake, best known as Asake, appears to have gotten on the bad side of his fans over a title he gave his record label boss, Olamide. 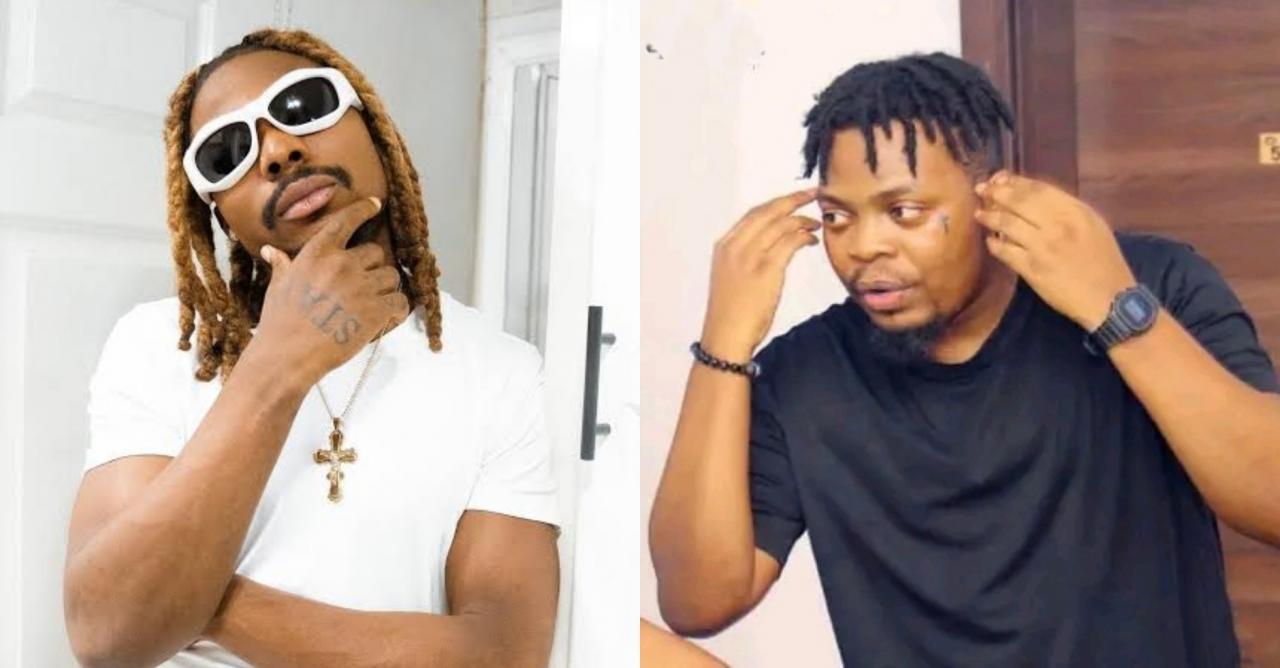 The Palazzo hitmaker took to Twitter to thank Olamide for his contribution to his new song, ‘Peace Be Unto You‘. He thanked him for writing and doing everything to promote the song.

““Shout out to broski @olamide for co-writing PBUY”

The ‘Broski’ title felt like an insult to fans who immediately called Asake out. They demanded he gives Olamide his accolades and avoid ‘See Finish’.

These fans reminded Asake that Olamide is his label boss and he shouldn’t take advantage of the fact that he is nice to him. 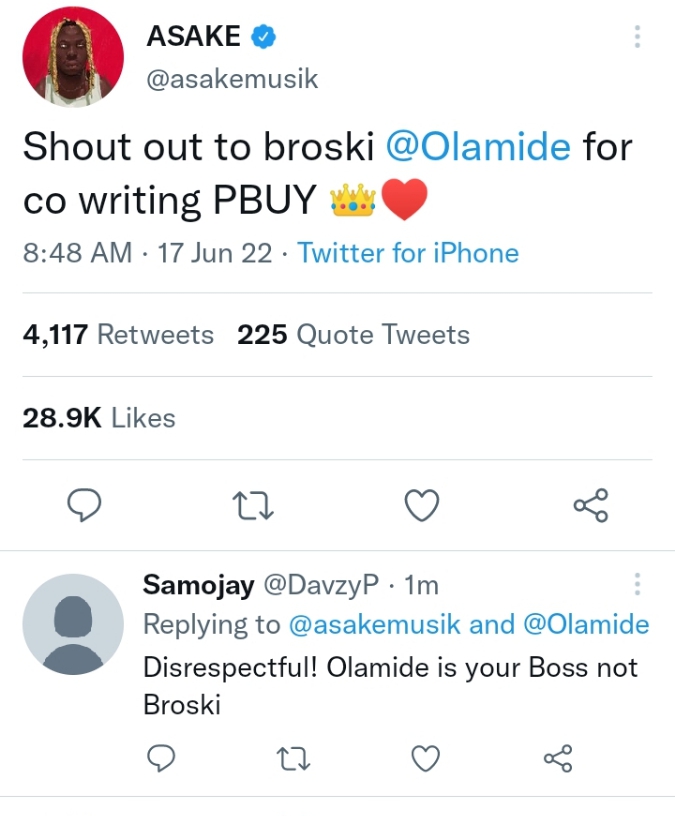 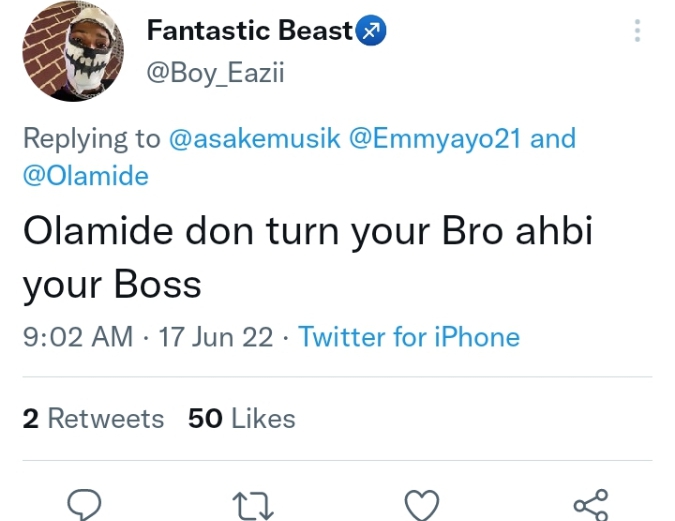 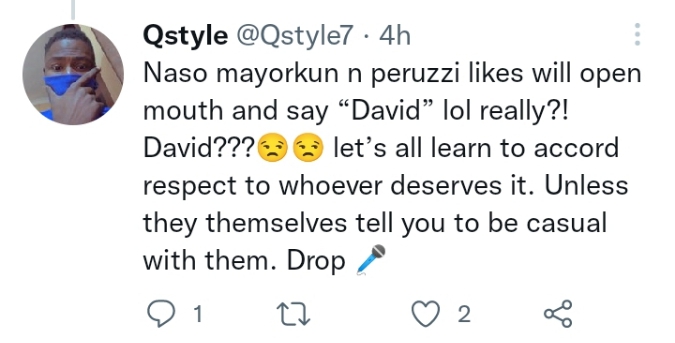 In other news, Big Brother Naija show has wrapped up the reunion show with drama that set tongues wagging on social media.

Liquorose and Emmanuel’s relationship issue was among the many dramas that wrapped up the show on Friday, 17th June.

We reported that Emmanuel denied dating Liquorose. However, conversations between the duo during the show’s finale captured them clearing the air about their situationship.

According to Emmanuel, he never asked Liqourose out, and there was no agreement on their dating. However, Liquorose denied the statement, claimed their relationship was well-defined, and she was his girlfriend.

He said: “First of all I know for a fact that I never asked Rose out. We never agreed to the fact that we were dating. We were never boyfriend or girlfriend and we talked about the whole Dubai situation in which she claimed that I left her outside”. CONTINUE READING…

SEE ALSO   VIDEO: TikTok star with 1.3 million followers left heartbroken after hosting a meet and greet event but no one showed up (WATCH)

VIDEO: “As a fine girl, I expected Pere to chase me for three months but he left in three days” – Beatrice recounts her loss (WATCH)