Nollywood actress and producer, Funke Akindele Bello has added a great feat to her numerous achievements as she delved into politics. 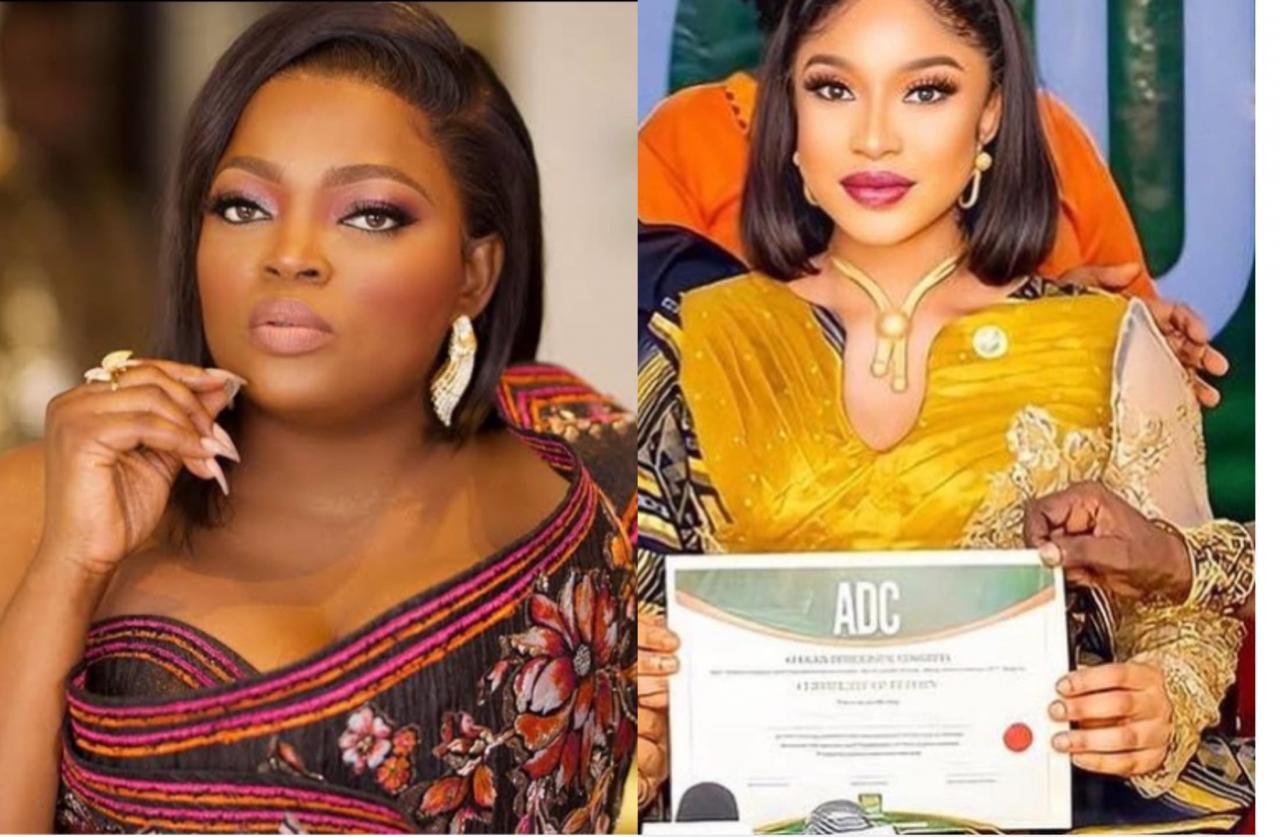 The “Jenifa Diary” actress has been nominated as PDP Deputy for Lagos Governorship Candidate.

The Lagos State chapter of the Peoples Democratic Party (PDP) has shortlisted five names as the potential running mate of the party’s governorship candidate, Alhaji Abdulaziz Olajide Adediran who is popularly addressed as Jandor.

As expected, the news caused a division among social media users as some applauded the new political movement in Nollywood while others condemned it.

jaccussherself : All this parties are using celebrities for clout because they know they have fans. We don wise for Nigeria Sha

ddivvas_woman : This is more sweet able

the_real_daylalyn : This country must be a joke

enitan_a_ : What kind of playing is this

The controversial actress took many by surprise as she announced her political ambition days back.

The actress revealed that she was picked as the running mate for Governorship Candidate, Tonte Ibraye of the African Democratic Congress, Rivers State.

“Know your value and fall in love with the path of deep healing” JJC Skillz shares cryptic post as Funke Akindele moves on, pursues political ambition

Actress Funke Akindele reveals the names of her sons, weeks after their faces were unveiled (Video)