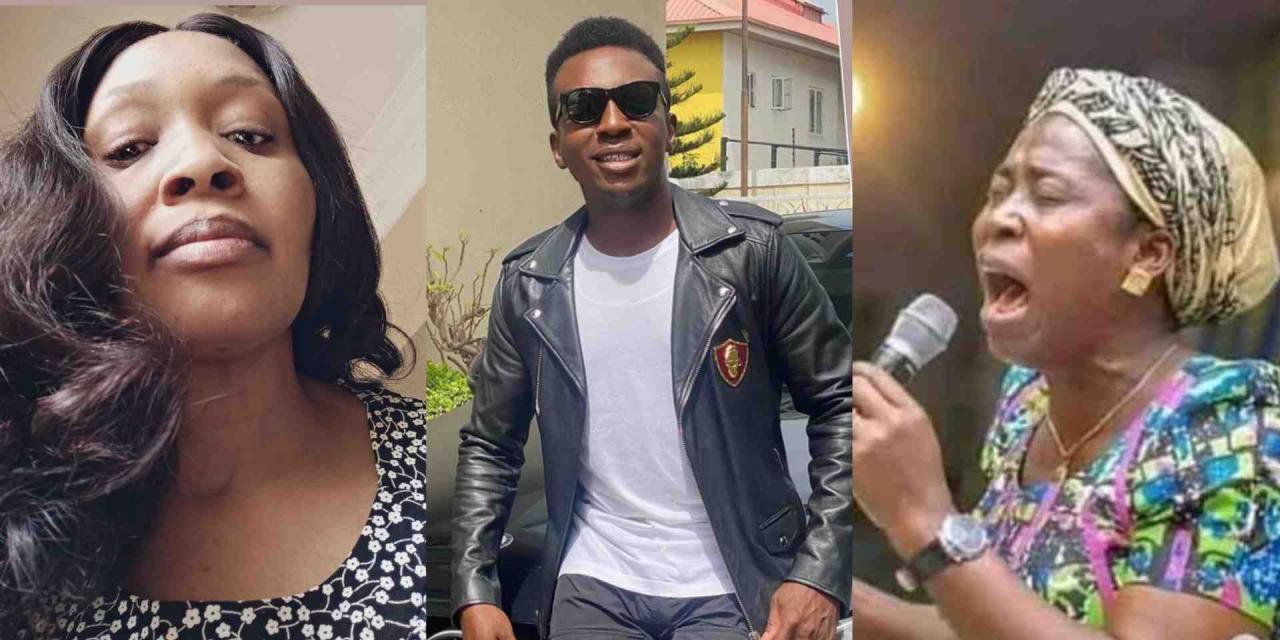 In a tweet she recently shared, the controversial personality accused Frank Edwards of feeding the public with lies by saying that late Osinachi usually sings at night in the mortuary.

She went on to cite a recent statement made by the National Hospital where they dismissed such a claim.

According to her, ‘religion is the biggest lie to mankind’.

This accusation leveled against Frank Edwards by Kemi Olunloyo comes after she also alleged that he was Osinachi Nwachukwu’s lover.

“#Kemified𓃵 Frank Edwards had told Nigerians that Osinachi is singing at night from the mortuary. The National Hospital says it’s not possible and that she’s DEAD. Religion is the biggest lie to mankind. We’re still waiting for Aunty Joy’s version 🙄” 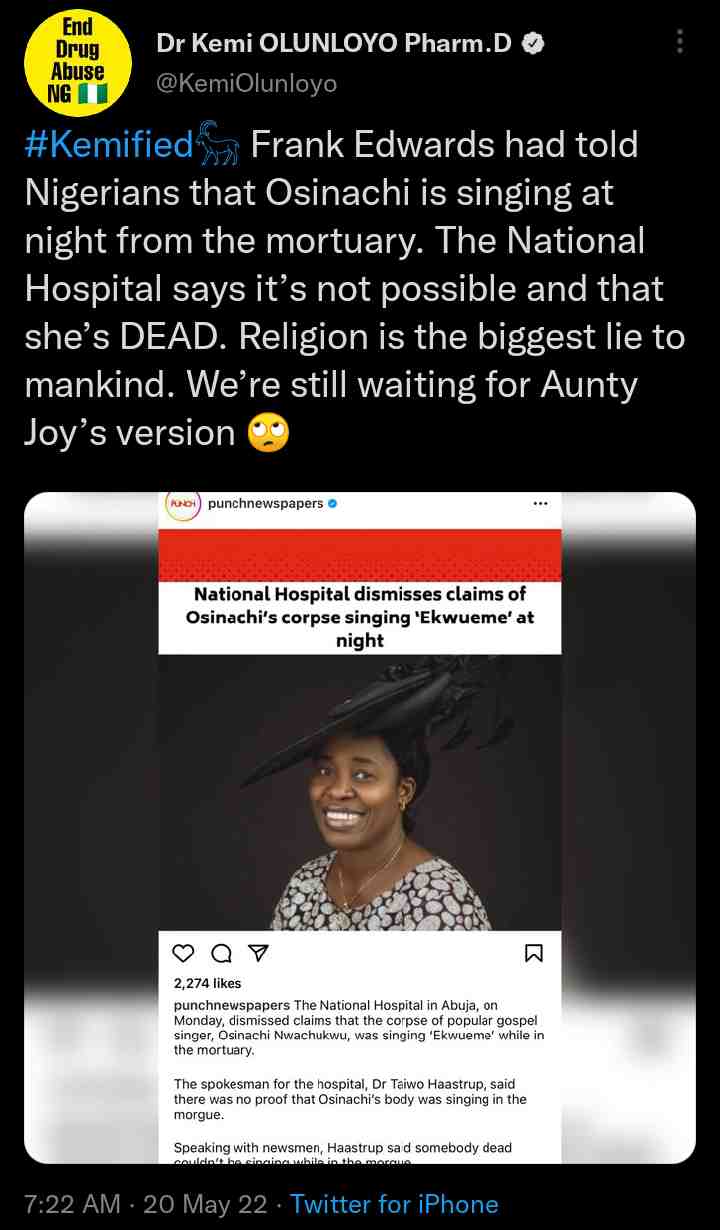 Recall that reports had it that mortuary attendants said late Osinachi Nwachukwu’s corpse sings her hit track ‘Ekwueme’ every night.