The alleged marital issues between Nollywood actress, Funke Akindele and her producer husband, JJC Skillz has not been resolved.

The couple left many confused at the AMVCA nominee gala night when they arrived to the event in separate cars and kept their distance at the ceremony, and then pretended that all was well at AMVCA.

According to Gistlover, the couple were only pretending as their union is still shaking.

This could be true as NB news noticed that the couple didn’t take any pictures at the AMVCA red carpet event and weren’t close at the after party.

Gistlover alleged that JJC Skillz was having an affair with a popular singer with the first letter Y, which many assume could be Yemi Alade.

To worsen it, JJC Skillz’s drama with his babymama and son has added to the couple’s issues as Benito had spilled dirt’s about her to his mother.

Gistlover added that the couple only put up at the AMVCA main event after they set tongues wagging at the nominee gala night for shunning each other.

“Hello tueh tueh, information reaching vawulence headquarters be say actress Funke and her hubby are not in good terms, according to our source, wetin cause fight plenty, infidelity on the man’s part, mismanagement of funds and thirdly JJC Skillz’s son with him obodo oyinbo babymama, it was revealed that JJc is seeing a popular musician (name withheld) and our Aunty Funke hot a wind of it and the matter was messy. Secondly, some of the money that they make from their works I think it’s a joint account and JJC was accused of mismanagement of the funds as a lot of the money were unaccounted for which to Funke is reckless spending.

Thirdly Funke has been having issue with Benita her stepson for his rude attitude and she has been putting up with it countless time people send dm to Funke to show him how her step son dey send prick go their dm, the boy goes about bragging and telling them he is Funke step son and next thing he send pricks to people’s dm. As if that was not enough he was allegedly involved in one of his school rape saga which made the school expel him and the dad reacted to the news sadly. And hit him which was why the mama was ranting continuously on her page.

Funke on the other hand scolded him and warned him to desist from such which he in turn insulted Funke and even went on TikTok to call her out, him come go tell him mama say na Funke dey teach hum papa to dey beat am up, long story short, Funke got tired of everything and she and her husband had a serious fight at their apartment in Amen Estate. Shortly after the fight JJC traveled to London just so the tense situation can be calm before he gets back, shortly after words got out that there is fire on the mountain, blogs has started carrying gist, the husband had to quickly do a disclaimer to tell people that all is well, Oga Sha came back and aunty Funke still insisted on Oga doing calculations of how money was spent and Oga must choose between her and the olosho musician, so fast forward to AMVCA gala night event, the couples went to the event in different cars, snub each other at the event and people started asking questions again, so I said let me clear the air once and for all. Immediately, I posted their picture for telegram like this the main AMVCA event yesterday, them quickly cooperate and were together and sitted together to avoid hello tueh tueh”.

SEE ALSO   Itele told me to cover him up, I didn’t know he recorded our conversation – Itele abandoned wife’s reveals, swear with Quran (VIDEO)

At the event, the couple did not only arrive together but sat beside each other alongside actress Chioma Akpotha. Several times, the AMVCA camera showed them grinning at each other and enjoying each other’s company.

When they got their first award for their movie Omo Ghetto, they stood up, held hands and walked to the stage to receive it together.

To add to it, the actress dedicated her win to her husband and their twins. 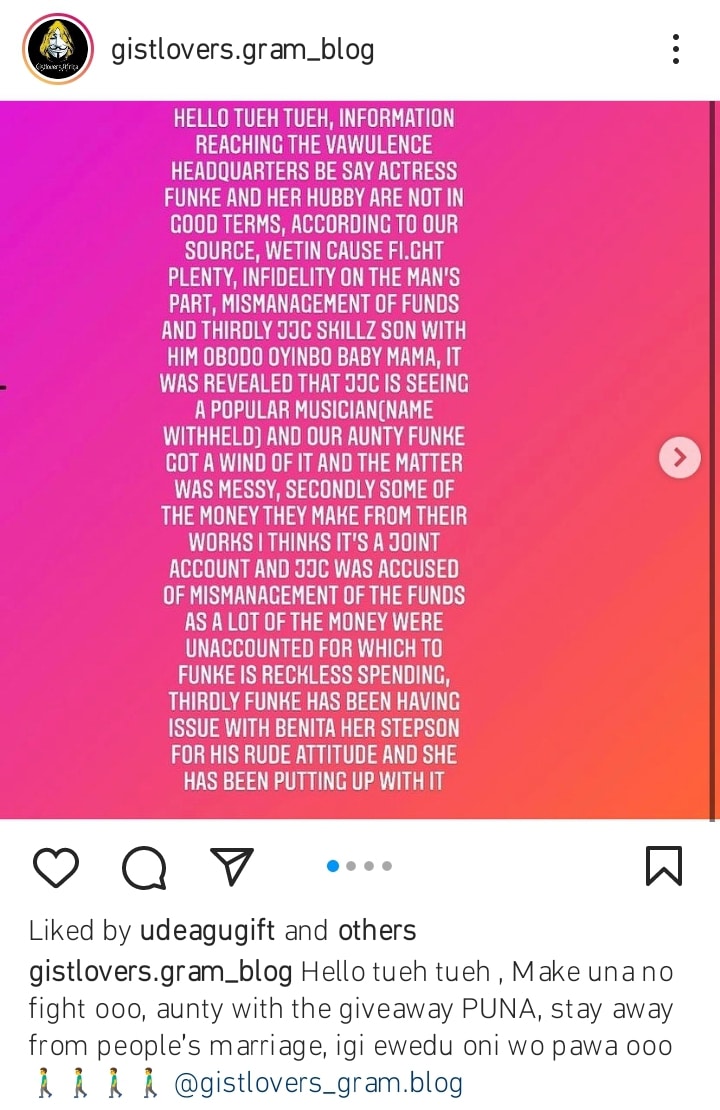 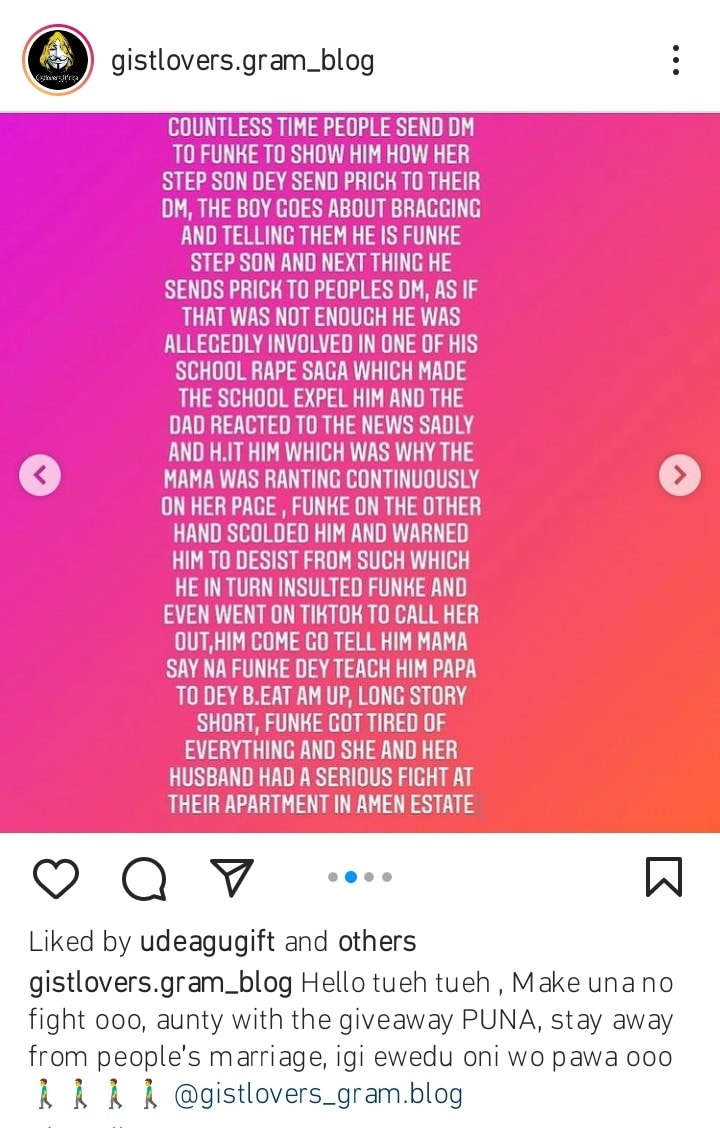 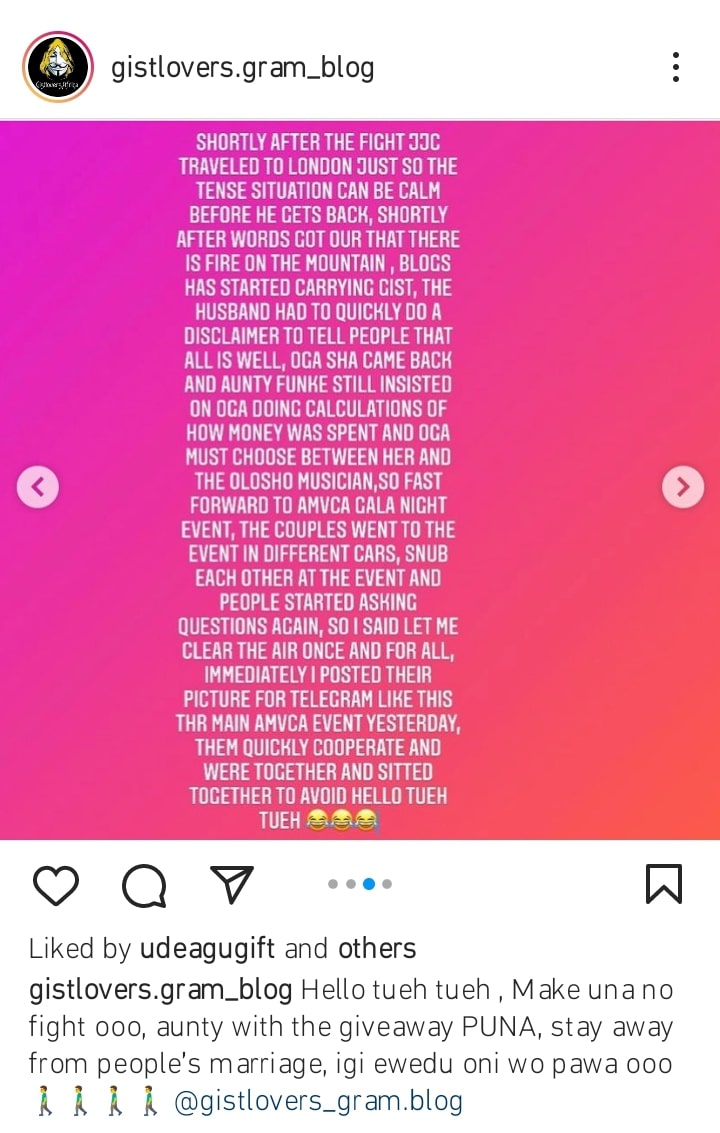 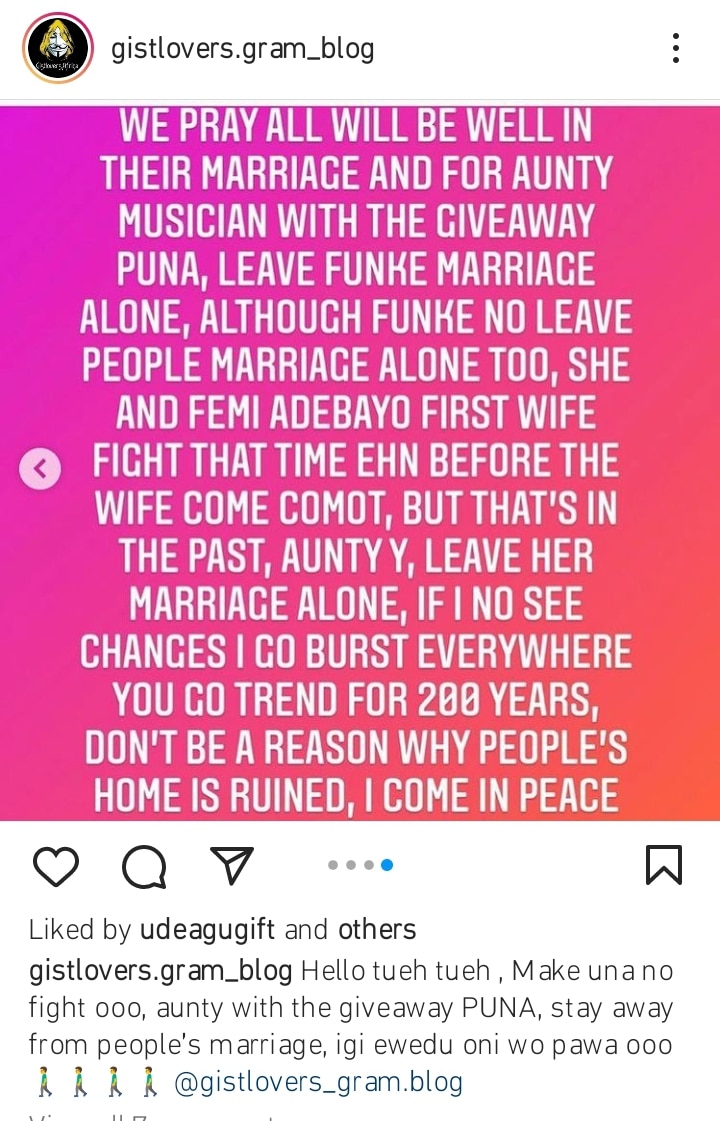 Funke Akindele’s stepdaughter, Tamira Bello, reacts as she breaks silence on her rumoured breakup with her husband (VIDEO)