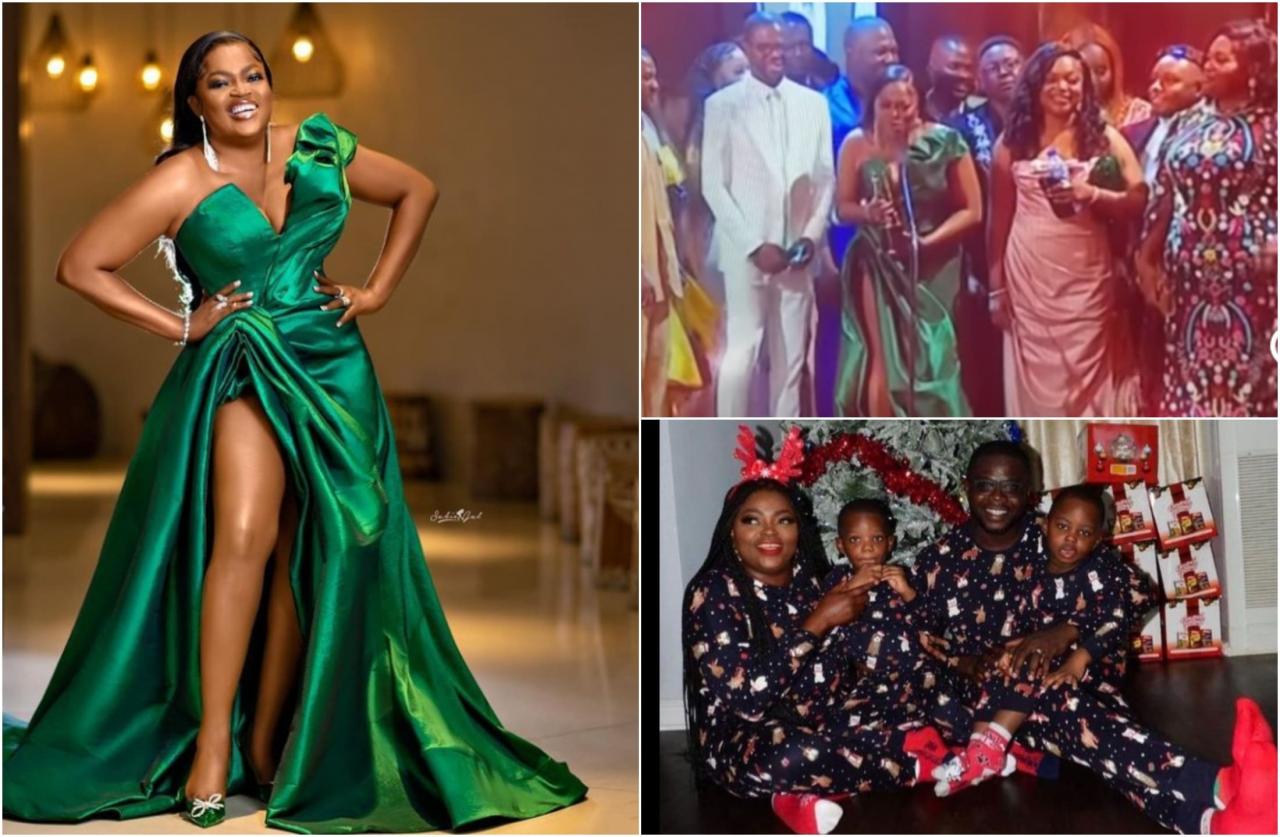 The actress who has been keeping the identity of her kids hidden was left infuriated in March, when her husband’s babymama, Mella unveiled the faces of her sons to the world.

Since there is nothing else to hide about her sons, the actress revealed their names to the world during her acceptance speech for the ‘Best Actress in Comedy’ movie award.

The children of Funke Akindele and JJC Skillz are named, Zack and Zion.

She said, “Thank you so much my fans, my family, my siblings, my husband, my beautiful children – Zack and Zion – I dedicate this to all the cast and crew of Omo Ghetto The Saga. I want to say something briefly, no matter what you face in life, do not forget your purpose, challenges will come. I shot Omoghetto during my drama with Covid, I stayed focus and today I got it”.

News recalls Funke Akindele and JJC Skillz had shut rumours mongers up when after they got tongues wagging for separately attending the AMVCA nominee party on Friday night, May 13th.

Funke Akindele and her husband JJC skills reportedly arrived at the nominee party in separate cars and to worsen it, there was no picture of the couple together nor where they were spotted sitting together.

Putting rumours of divorce aside, Funke Akindele and her husband, JJC Skillz had attended the AMVCA together.

They did not only arrive together but sat beside each other alongside actress Chioma Akpotha. Several times, the AMVCA camera showed them grinning at each other and enjoying each other’s company.

Also when they got their first award for their movie Omo Ghetto, they stood up, held hands and walked to the stage to receive it together.

As if that wasn’t enough, the actress dedicated her win to her husband and their twins.

Funke Akindele reveals the names of her son at AMVCA

VIDEO: Funke Akindele serenaded with chants of praises as she gets nominated for deputy Lagos Governorship candidate (WATCH)