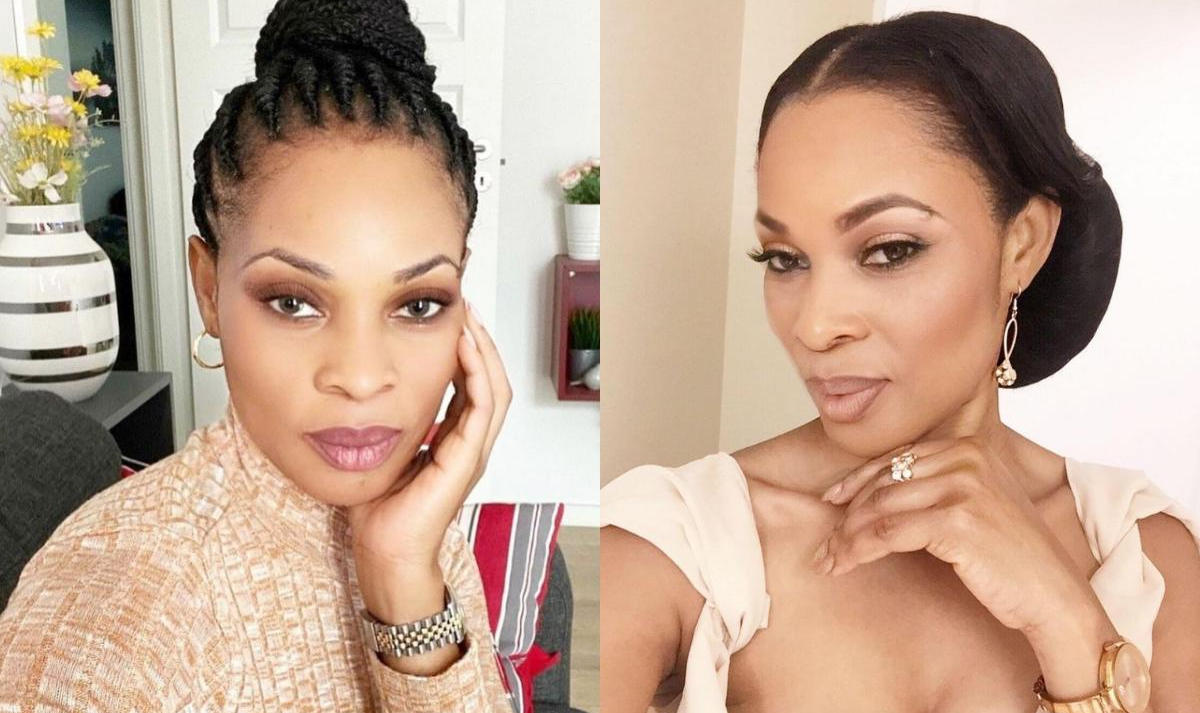 She asked them to keep their religious views to themselves adding that they should never think their beliefs should be used as a yardstick to make laws.

She made this known in a recent post she made on her verified social media handle on the popular social media platform, Instagram.

“Did you know God killed so many babies in the Bible?
.
I see you never knew God was the highest killer of children and chief commander of genocide in the scriptures?
Well, this is thought-provoking.
.
If you never knew, go reread your bible.
.
By the way the Bible also said that “ Life begins at birth after first breathe “ Genesis 2:7, After God formed man .
He “breathed into his nostrils the breath of life and it was then that the man became a living being”. Although the man was fully formed by God in all respects, he was not a living being until after taking his first breath.

The Lord Kills and Makes Alive
There are several instances in the Old Testament in particular that reveal God commanding the genocide of various people groups. Indeed, God, Himself is responsible for killing babies and children in the Bible.
.
In case you are still confused by this, I will break it down in biblical terms for you.
.
The mass killing of Children and women order by God.
A number of cases of mass killings of people, apparently at God’s behest, are recorded in the Old Testament:

SEE ALSO   I put on rags, trekked to movie locations to raise kids, now my son gifted me a house- Iya Rainbow celebrates

The Flood (Genesis 6-8)
The cities of the plain, including Sodom and Gomorrah (Genesis 18-19)
The Egyptian firstborn sons during the Passover (Exodus 11-12)
The Canaanites under Moses and Joshua (Numbers 21:2-3; Deuteronomy 20:17; Joshua 6:17, 21)
The Amalekites annihilated by Saul (1 Samuel 15)
.
.
So please take your religion and shove it elsewhere.
Keep your religion to yourself, and your religious views should not be used as a yardstick to make laws that affect millions who don’t share the same faith as you.
So take your prolife BS elsewhere and let women make decisions concerning their reproductive health and life.
That I am a Catholic doesn’t mean my faith should be imposed on others or laws made by my church should govern people who disagree with my faith.
.
Let me end by telling you where God ordered an abortion:
Numbers 5 in verse 22, “May this water that brings a curse enter your body so that your abdomen swells or your womb miscarries.” “ 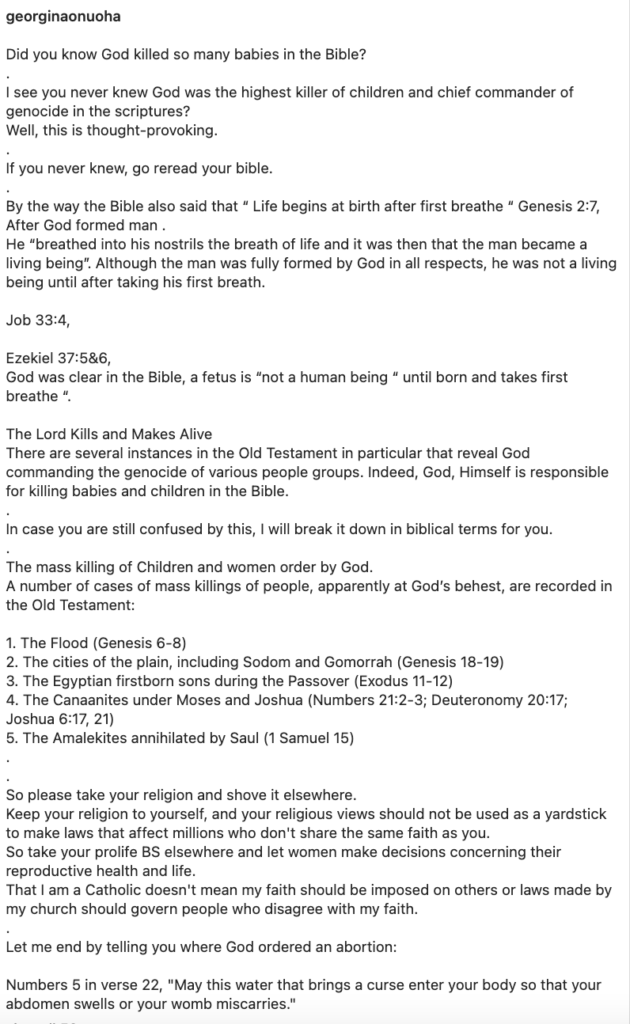 ‘Did You Know God Killed So Many Babies In The Bible?’ – Georgina Onuoha Tackles Religious People

‘If celebrities reject money from politicians, they will start to see us as serious people’ – Regina Chukwu