Nollywood actress, Laide Bakare has raised eyebrows after revealing how her 13-year-old daughter, Simi gifted her 9-year-old brother a car on his birthday.

The actress’s son clocked 9 on Monday, May 31st and Laide Bakare went all out for him.

The highlight of it all was when the young lad was presented with a Benz which was a gift from his sister.

Laide Bakare shared the good news on her Instagram page with the caption, “Money truly stops nonsense my forthcoming book launch is gonna surely impact your life positively (how to make billions in 6 months) can’t wait to share with u. Simi is just 13, she just gifted her brother A Benz”.

Social media users wherein disbelief over the news as they took to her comment section to bombard her with queries.

abolanle : How much is Simi allowance fee

pejuola_ : It’s about to go down

News recalls Laide Bakare had been criticized by some of her fans for not caring about the feelings of her other son while being carried away in a bid to surprise her other son, Oluwadamilare.

Laide Bakare surprised Damilare with an early soiree from trumpeters.

In a video shared on her page, she was heard calling out to the birthday boy and excitedly telling him, “I told you I would surprise you and I did” amidst hugs and kisses, while the younger son, looked on and passed by with a not-so-happy face. 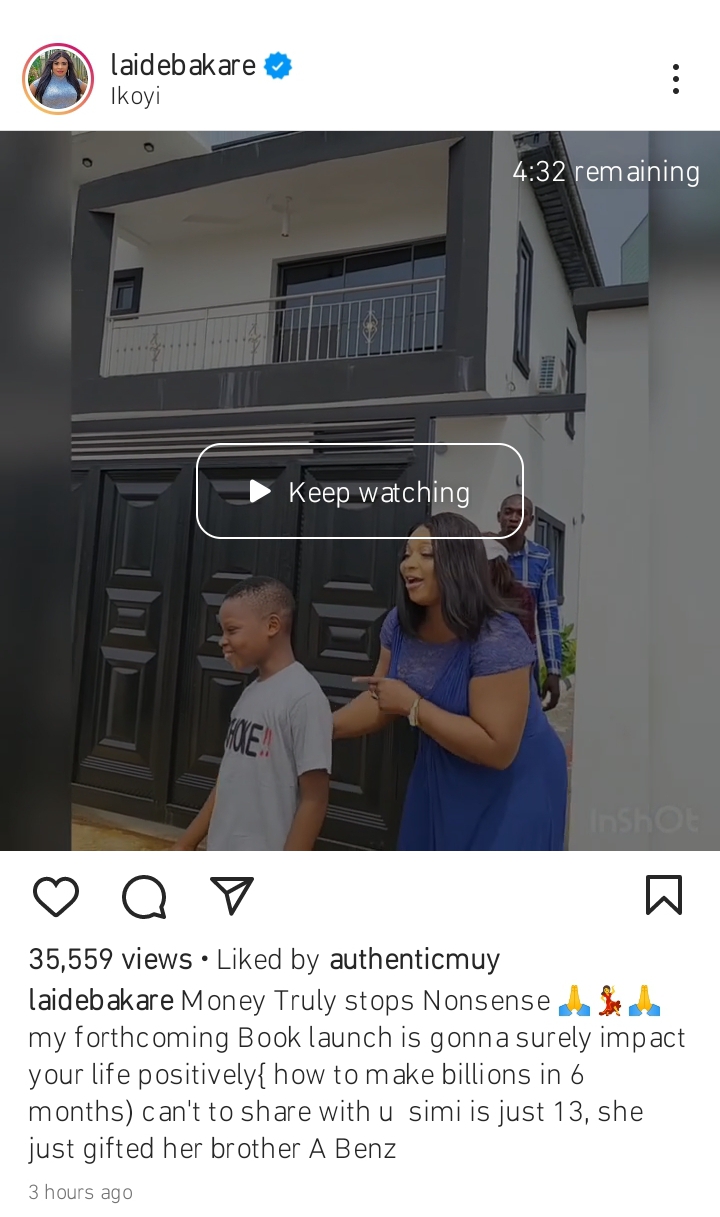 SEE ALSO   ‘After what you did to your wife of 16 years, we should trust you and buy you Presidential form? – Daddy Freeze tackles Yul Edochie

“You are an Oloriburuku Fellow” – Laide Bakare slams Tonto Dikeh