More shocking revelations have continued to pop up since Nollywood actor, producer and director, Yul Edochie confirmed the rumour making rounds that he got his colleague, Judy Austin pregnant.

Yul Edochie who is married to May Edochie with 4 lovely kids (3 boys and a girl) reportedly welcomed a bouncing baby with his colleague turned baby mama, Judith Austin in 2021.

Information from different sources further revealed that last weekend, Yul Edochie officially made Judy Austin his second wife by paying her dowry in her home town in Anambra State.

This move was done without the prior knowledge of his first wife, May Yul- Edochie.

However, reacting to the heartbreaking news, May Edochie, expressed her pains and disappointment, she wrote, “May God judge you both”. 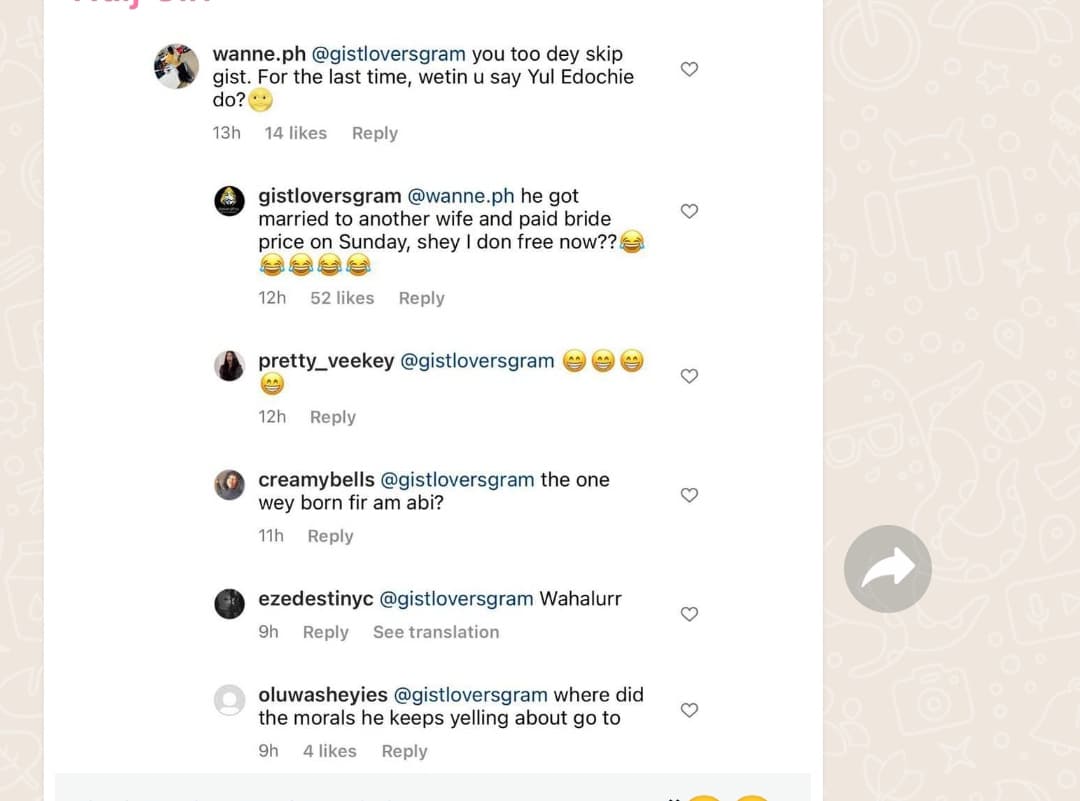 ‘Do What Makes You Happy, As Long As It Is Not A Crime Let People Say What They Want’ – Yul Edochie