Kenyan socialite Huddah Monroe has dragged Nigerian singer Tiwa Savage after she disclosed the reason why she is not looking for a rich man.

During one of her performances, the talented singer stated that she wouldn’t accept a man’s proposal because of his money because she equally has her own money to sponsor her lavish lifestyle.

She told the audience that she would not tolerate any man who plans to control her life with his money, hence should a man misbehave while he is still with her, she wouldn’t mind dumping him and enjoying her extravagant lifestyle in peace.

However, Huddah has come out to drag Tiwa Savage for allegedly lying to the public about her preference. According to the socialite, Tiwa Savage makes her money by sleeping around with married men. She also disclosed that the man who leaked the $ex tape of Tiwa is one of her prey. Huddah further fired Tiwa to stop behaving like a saint on the internet because she is not.

“….And don’t y’all say I’m jealous of Tiwa Savage. Lol, coz I like her music but doesn’t inspire me. I don’t see anything as a woman she has that I want. I don’t wanna be a certain age still running the streets and shaking body until it breaks…”, part of her post read. 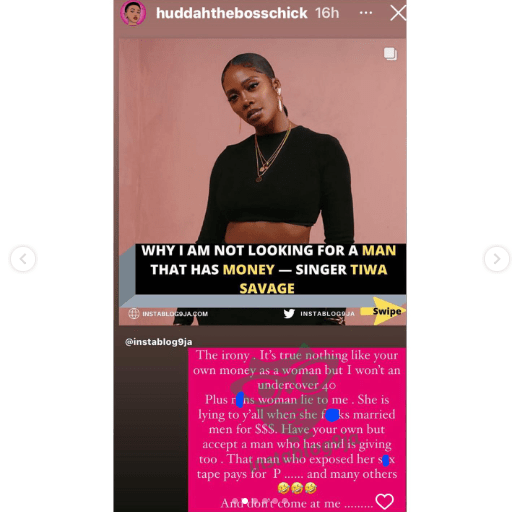 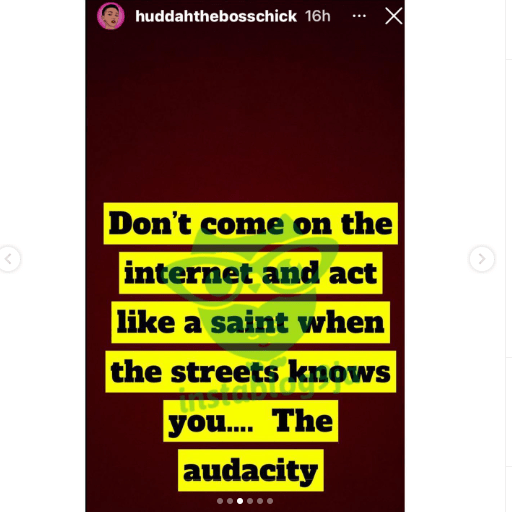 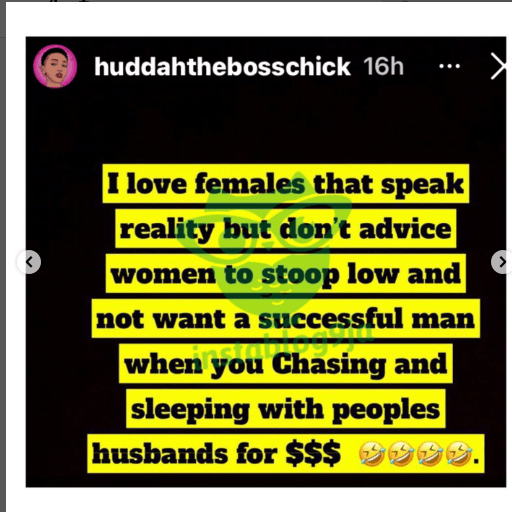 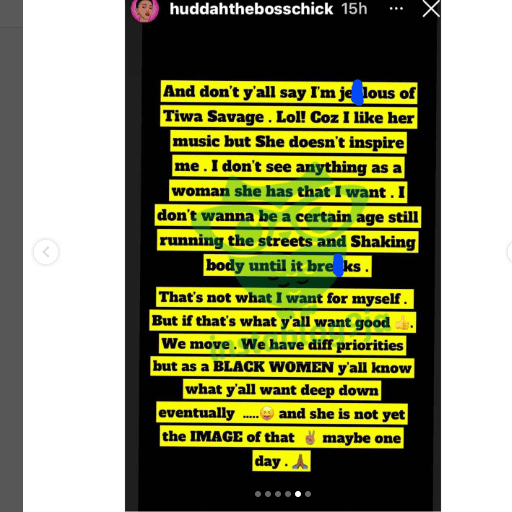