Tonto Dikeh faced heavy backlash when she took to her Instagram page to rejoice over her ex’s anguish.

Hours after, the news broke out that Kpokpogri had lost his 700 million house to the government, Tonto Dikeh stated that he got what he deserved because he messed with her.

In another post, Tonto Dikeh insisted that she wouldn’t stop mocking and rejoicing over his loss.

According to her, Kpokpogri had sent his sister to mock her when she was mourning her mother.

The actress claimed that Kpokpogri almost killed her financially, emotionally and otherwise after their split.

“Anyone waiting for me to stop laughing is a complete joker. I can’t and will never sympathize with this man, it’s his cross. He should carry it. This man almost killed me financially, emotionally and otherwise (if I had committed suicide and after he threatened to expose our explicit tape or even when he released the crying audio, it would have been 2weeks of goodbyes and the world moves on. People need to understand that karma exist and I hope it’s not the last until he does the right thing!!”.

Following the heavy backlash she received, Tonto Dikeh stood her ground that she would continue to mock him.

According to her, she isn’t a pretender as many would do what she is doing in private.

Tonto Dikeh affirmed that she is rejoicing in the karma of Kpokpogri and there’s nothing no one can do.

SEE ALSO   VIDEO: Kpokpogri fires back at Tonto Dikeh over reaction to his house demolition (WATCH)

“I ain’t no pretender! Most of losers will do what am doing times 10 in your privacy!!! If that’s you, which is 99% of the clowns judging me.. you are a coward. I . rejoicing to the karma of Kpokpogri and ain’t nothing no one can do!!”. 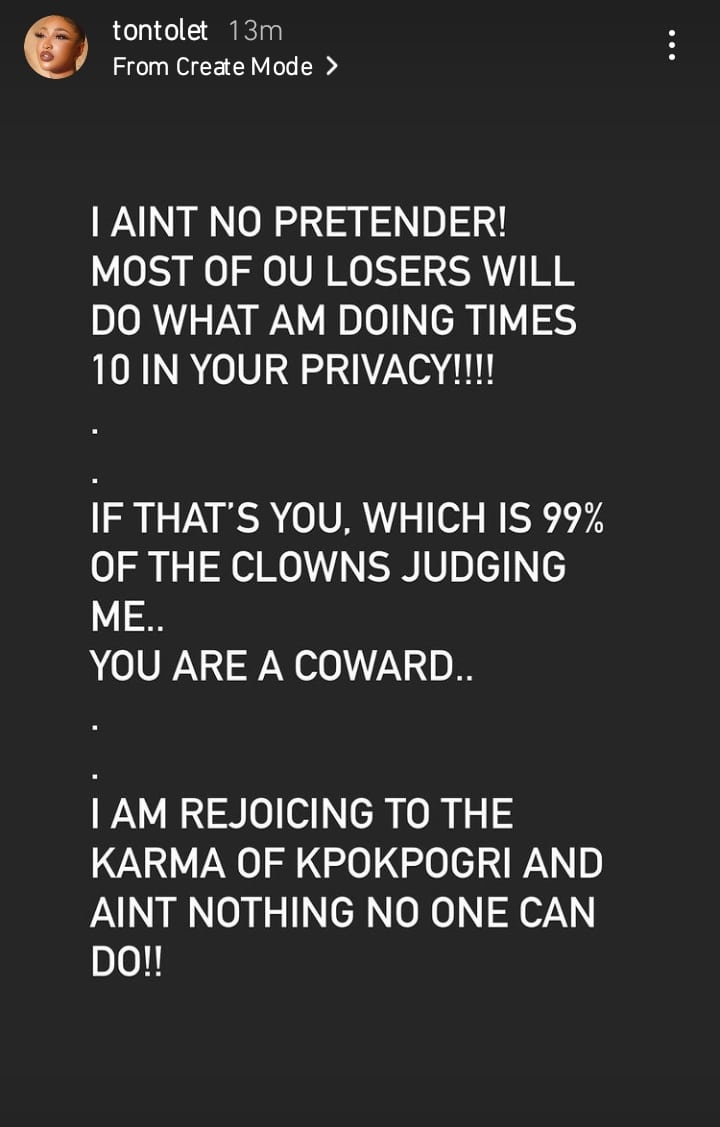 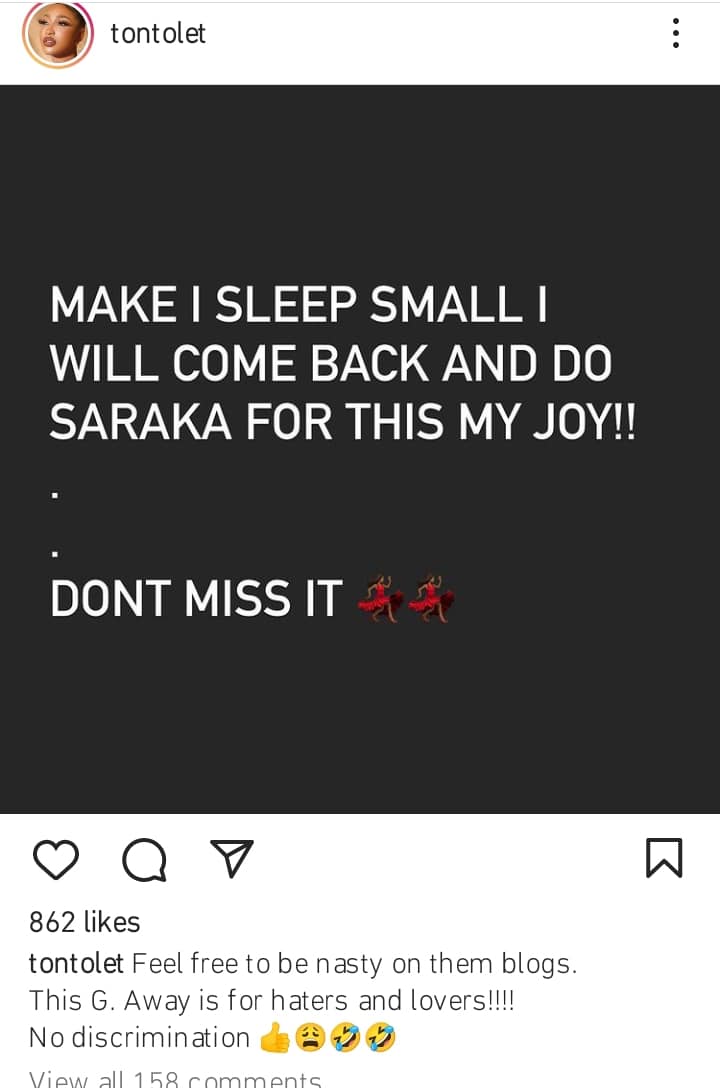