Austin Faani has said he is not a violent person and he has never raised his hand on any woman in his life. 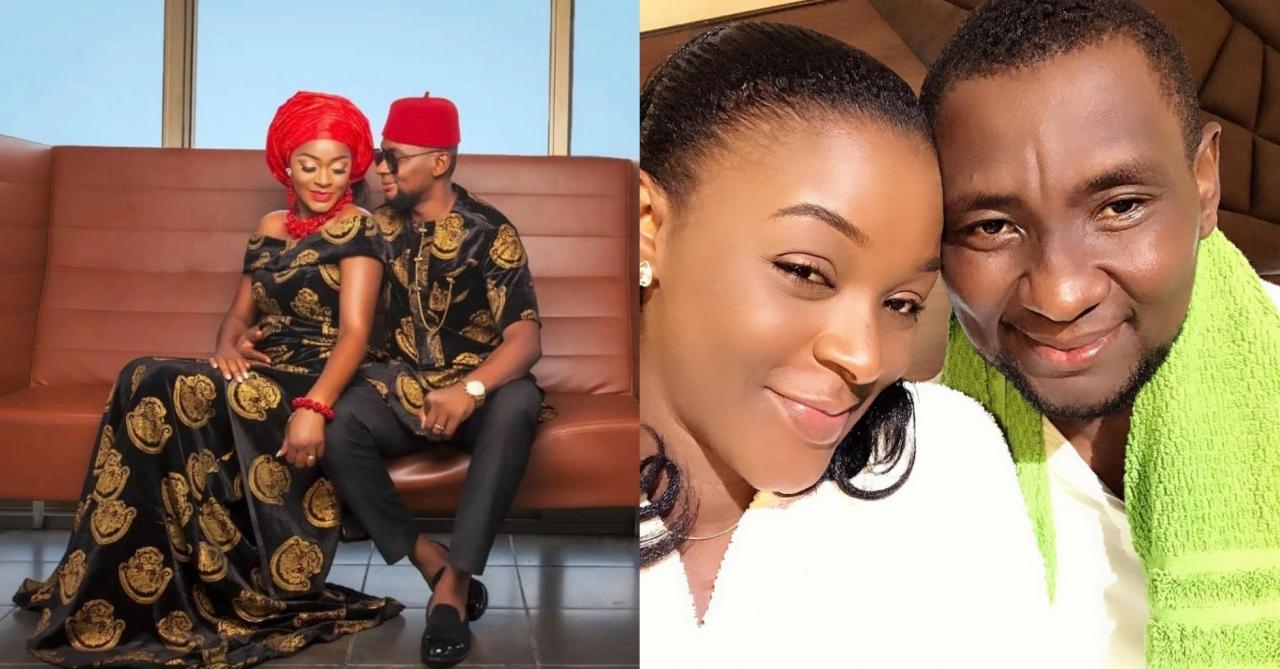 This is coming hours after his wife Chacha revealed she’s leaving her marriage alive to avoid leaving in a corpse.

The actress said she’s done with her marriage because she doesn’t want to “die” or go “inexplicably missing”.

“NOW ALIVE OR LEAVE AS A CORPSE

Many have died pretending all is well whilst wishing, hoping and praying for a better tomorrow.

I don’t want to “die” or go inexplicably “missing”.

Her message gave the impression that her life was in danger.

Reacting to this, Mr. Faani took to his Instagram page to write;

I am not a violent person.

Personally, I detest violence in any form.

I have never raised my hand on any woman in my life including my wife.\
Everyone close to this case knows the absolute truth and it is not in my place to divulge it, the one person who started the talk will in due time, continue to talk. 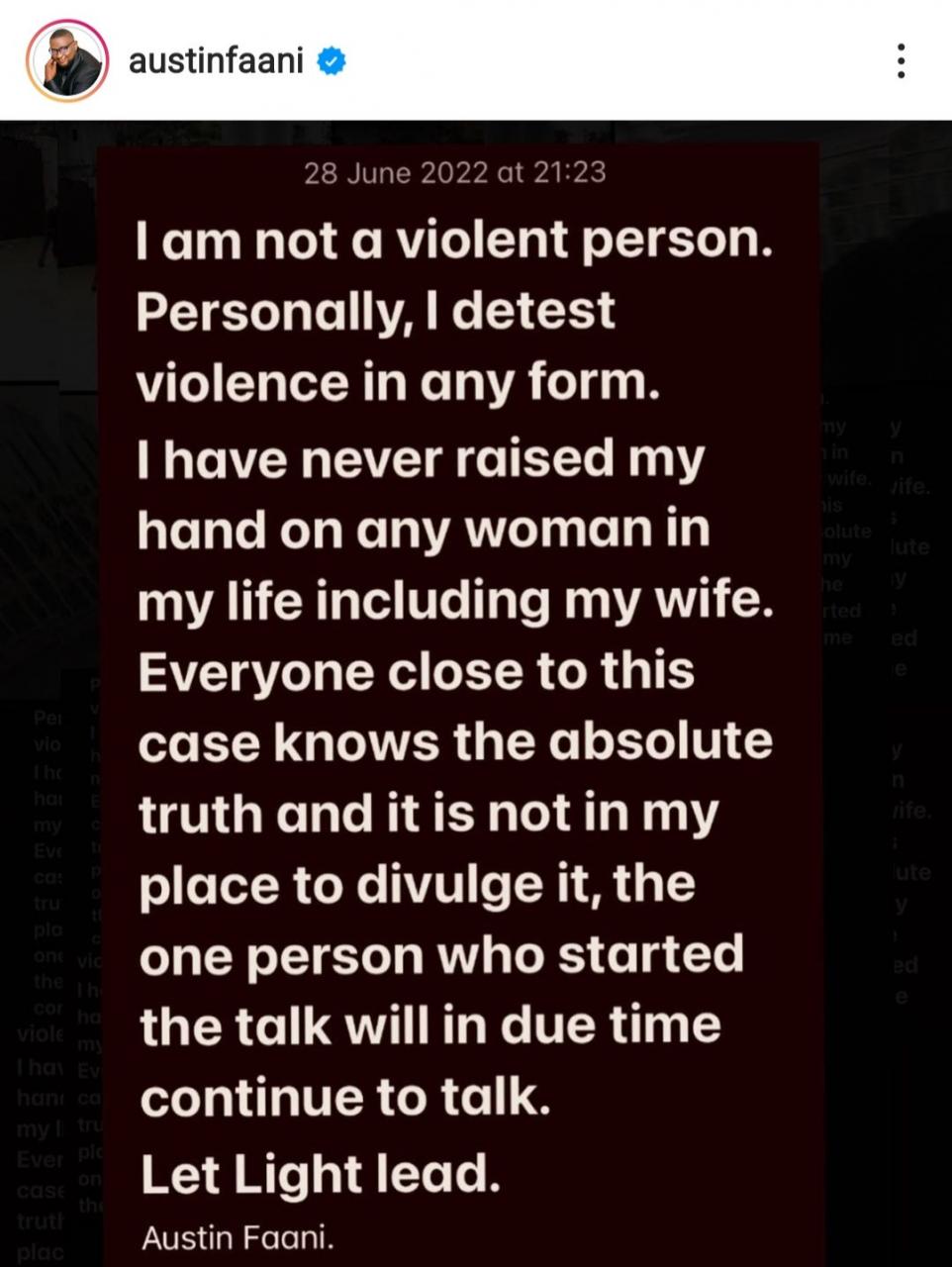 SEE ALSO   Mercy Aigbe, Omo Borty, others showers love on Itele as he retraces his step