Nollywood actress Yetunde Bakare has cried out about being ashamed, speechless and heartbroken over the viral video of ladies having $ex with dogs. 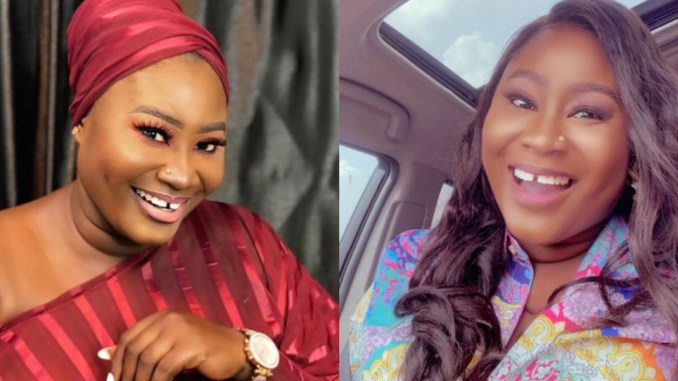 Late Thursday night, 28th April 2022, social media was sent into a frenzy after videos of ladies having $ex with dogs surfaced online.

Taking to her Instagram page, Yetunde Bakare shared the story of a lady who has slept with over thirteen dogs and currently treating an undisclosed ailment in her village.

Yetunde Bakare said she woke up with a heavy heart, noting that the quest for ladies doing the unimaginable to make money is no longer about bad parenting but low self-esteem, greed and peer pressure.

According to Yetunde Bakare, there is no gain in wanting to oppress people because they will not be there when one is suffering or probably begging for death.

She wrote: I WOKE UP WITH A HEAVY HEART. I’m ashamed/speechless and broken. This is no longer about bad parenting but low self-esteem, greed and peer pressure

Why ! Why ! Why ! They’ll always release new cars/phones every year .. so is it worth sleeping with DOGS.

So what is this craziness ? Is your life not precious to you ? Must everything about you have a price haaa alot of girls have lot it !

SEE ALSO   ‘It is an old video, my family and faith absolutely do not practice polygamy – May denies reconciling with Yul Edochie 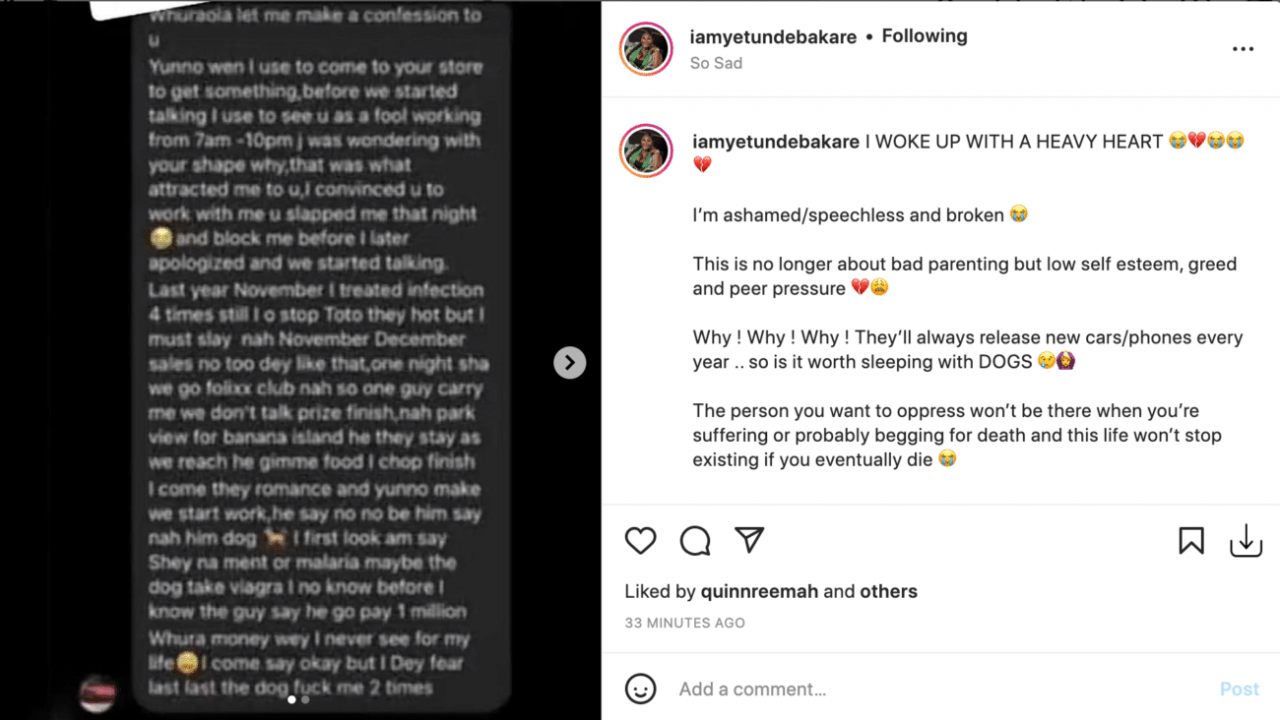