Afrobeat singer Davido has sent a simple and clear message to his friends and gang that he’s not available for anything messy, draining, negative, or weird anymore.

Davido has a very generous personality that he mostly turns to do what people around him wish and now believes it’s time to draw a line between what he wants to do for others that won’t compromise his personality and won’t make him regret later.

According to him, he’s not savialble for nothing messy, draining, negative, or weird which means all he wants is positive vibe and a soft life that won’t drain him or make him look weird and we believe it’s the right thing to do especially with how his fans attacks others on social media.

In a different post, Davido seems to have rested well enough after sleeping for 14hrs which is unusual of him because he hardly sleeps that long and now is set to go back to work which we believe will make him sleepless for a while.

Davido is one of the most loved celebrities in Nigeria and aross the globe and he makes sure to be there for everyone especially his family hence has sent a message across that he’s not available for things that are negative and will drain him. 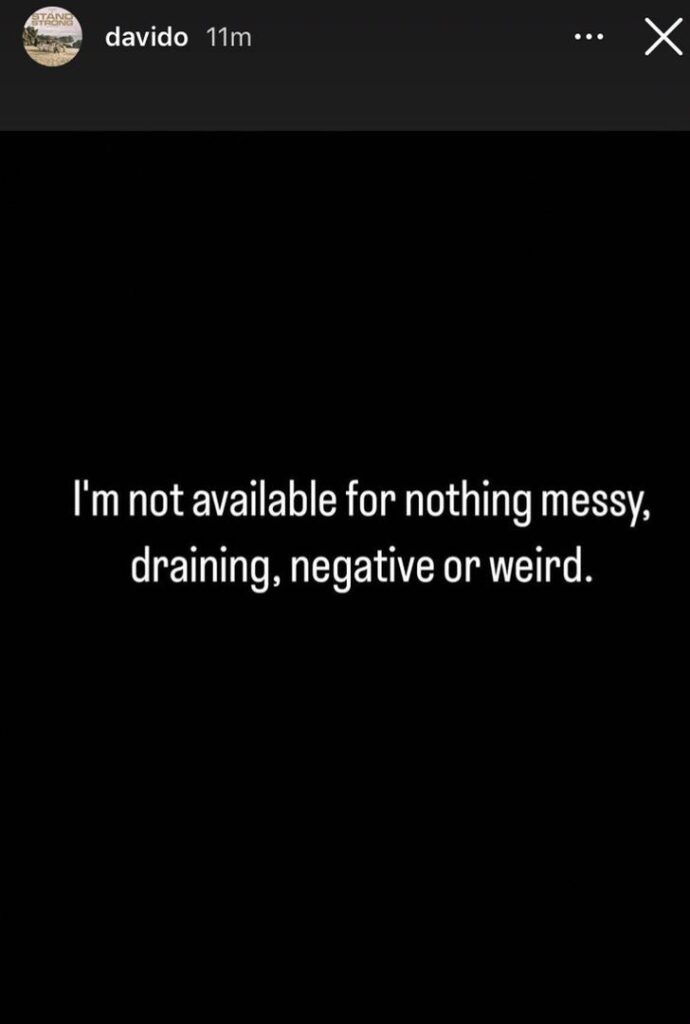 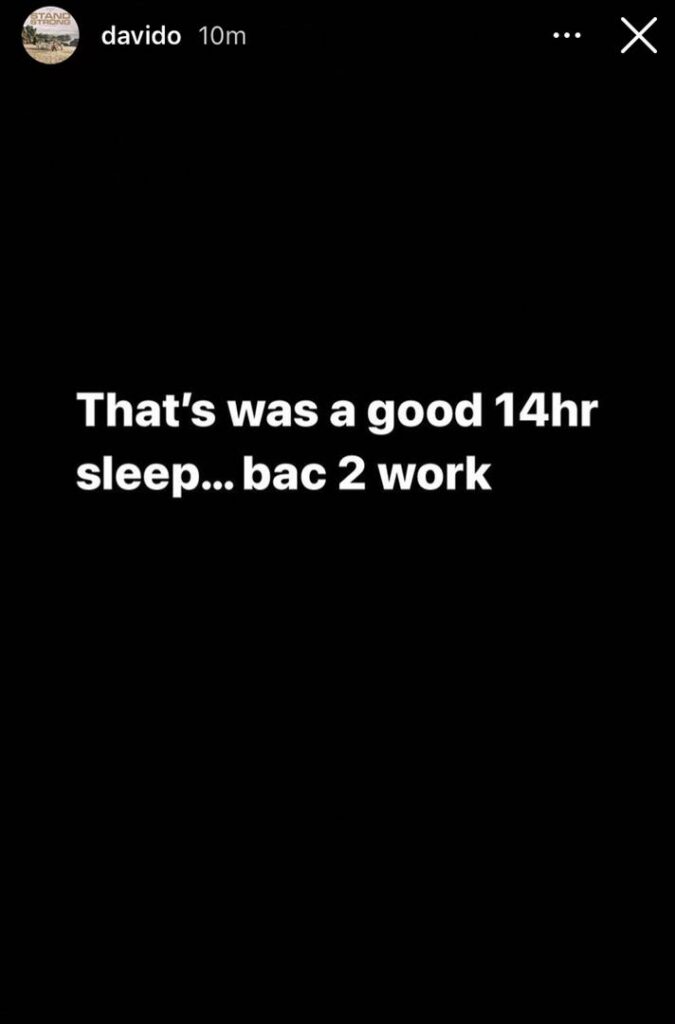 SEE ALSO   “You are an angel on earth” Davido melts heart with his sweet birthday message to his daughter, Imade