Seasoned Nollywood actor, Yul Edochie has lamented that he has lost counts of the times he has acted with a casket. 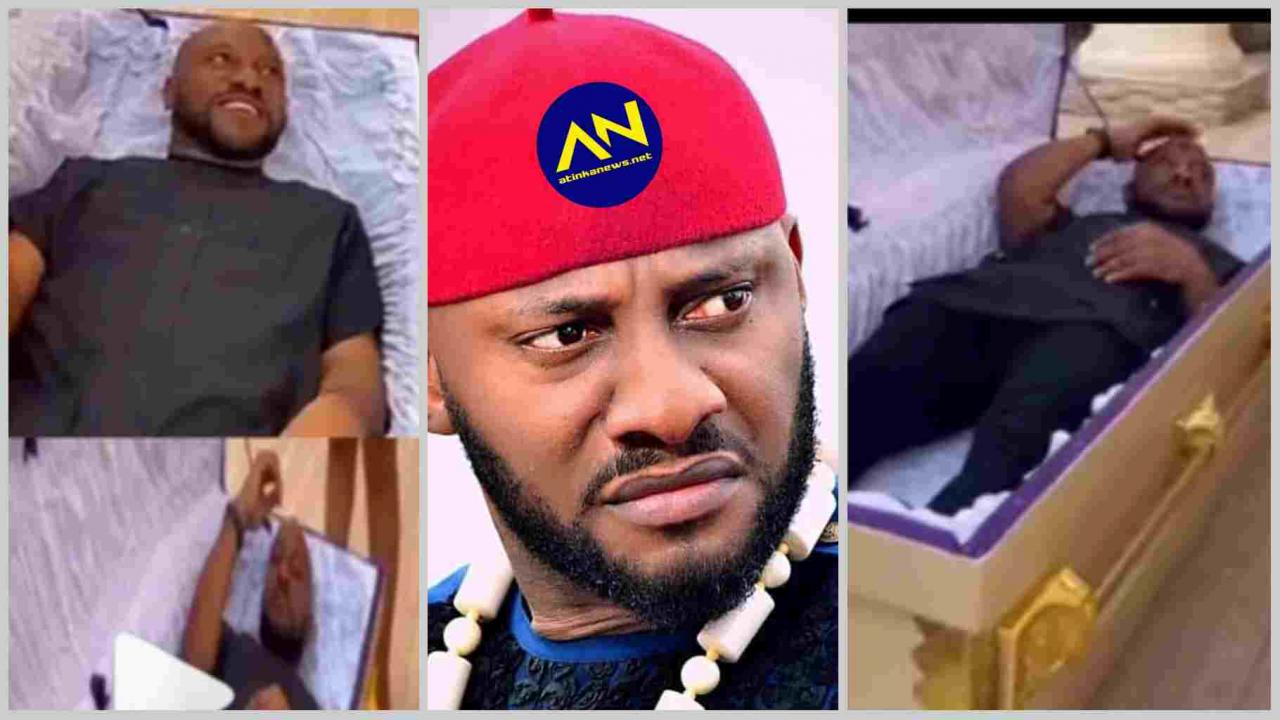 The actor who shuttles between Asaba and Lagos via his Instagram page revealed that hustle for daily bread had made him do alot in his line of duty.

“In this lifetime I have lost count of the number of coffins I have filmed with. Chai! HUSTLE,” he wrote.

Some of his followers on Instagram via the comment section told him to keep it up he is obviously good at acting.

Recall that Yul Edochie’s first wife, May a few weeks ago reacted to the video of herself and husband, Yul Edochie trending online.

For the mother of four, it is an old video and should be disregarded.

“I sincerely want to appreciate everyone for the tremendous love, prayers and support from all over the world. It has really been overwhelming. You have all been an incredible pillar of strength during this trying period. My phones are buzzing once again due to the OLD video trending online today. My family and faith ABSOLUTELY do NOT practice polygamy, although it works for some people. God has blessed me with a beautiful and loving family. I need you all to continue to keep me and my family in your prayers. May God bless you all abundantly for your love, prayers and support,” she wrote.

Prior to May Edochie’s Instagram update, Yul Edochie had posted a video which made his followers on Instagram believe that he had reconciled with his first wife, May Yul Edochie weeks after fathering another child with his colleague.

He shared a video of them loved up vibing to one of Tiwa Savage’s songs.

He captioned the video with, “Fun moment with my Angel. CEO Extraordinaire”.

The actor had surprised many when he announced the birth of his fifth child, a baby boy who he had welcomed with his colleague and now wife, Judy Austin.

To add to it, the actor revealed that he had gotten married to Judy without his wife’s consent and family support.

Following the heartbreaking news, May Edochie had lashed out at her husband and his new wife and had unfollowed him on Instagram.