Priscilla Ojo, the daughter of Nollywood actress, Iyabo Ojo has been subjected to online mocking over her different skin tone.

The young influencer had stepped out in style for Pretty Mike’s Lagos Party event looking all glammed up.

As she tried entering her car paparazzi took a shot of her backside which generated mixed reactions from many.

Internet sleuths zoomed in on the pictures and were shocked to find out that her derriere’s colour is way different from other part of the body.

___dule : Na mumu dey believe all these Instagram influencers…them don collect their money put for pocket finish the rest no concern them

teni_intl : Na mumu dey believe all these cream influencers, na to rub oil for face then snap under sun dem dey do”.

hermajestytessardy : This is not right, mental health is real. Stop the body shaming please

ade_oola : Abeg rest…that part of the body is always dark

mhizzdinma : Inner thighs are usually darker than the rest of the body…And it’s her choice to rub cream there or not

cocopinky_ : she is human not everything must be perfect

News recalls Priscilla Ojo had been alleged to be dating singer, Kizz Daniel.

According to blogger, Cutie Julls, Kizz Daniel flew in to London on Tuesday, May 10 and was joined by Priscilla, who flew in from Dubai join him in the country.

SEE ALSO   Iyabo Ojo reveals why her only daughter, Priscillia should get married before 24

The blogger alleged that Priscilla went to Kizz Daniel’s booked apartment and had been with him throughout the week.

Cutie Julls also claimed that Priscilla accompanied Kizz Daniel to his Manchester show and had arrived to the venue with Kizz Daniel in his Bentley. 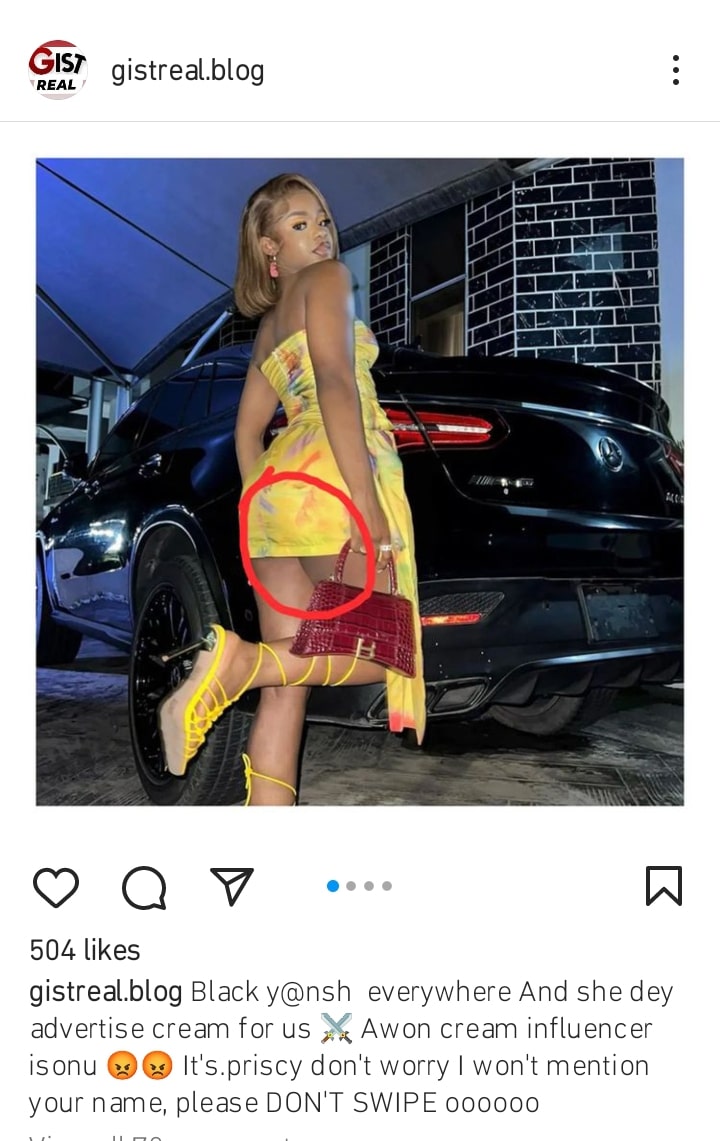 Iyabo Ojo daughter, Priscilla is mocked over her skin tone

May The gods K!ll You’ – Iyabo Ojo Reacts To Allegations That Her Daughter, Priscilla, Is Dating Kizz Daniel