Wizkid’s manager, girlfriend, and mother of his son Zion, Jada P has punished a troll who said she’s a baby mama girlfriend who will never get a ring as he criticizes her.

The troll classified Jada P as baby mama girlfriend who will never see a ring saying she has no iota of shame but will be ranting like ants when you drag her yet she’s applauding the toxicity of her boyfriend’s fans claiming she loves them.

Jada P has made it clear that she isn’t pleased with how people classify her as the baby mama of Wizkid when she’s more than just a baby mama and the way this troll put it might have got her angry which explains why she blocked him. 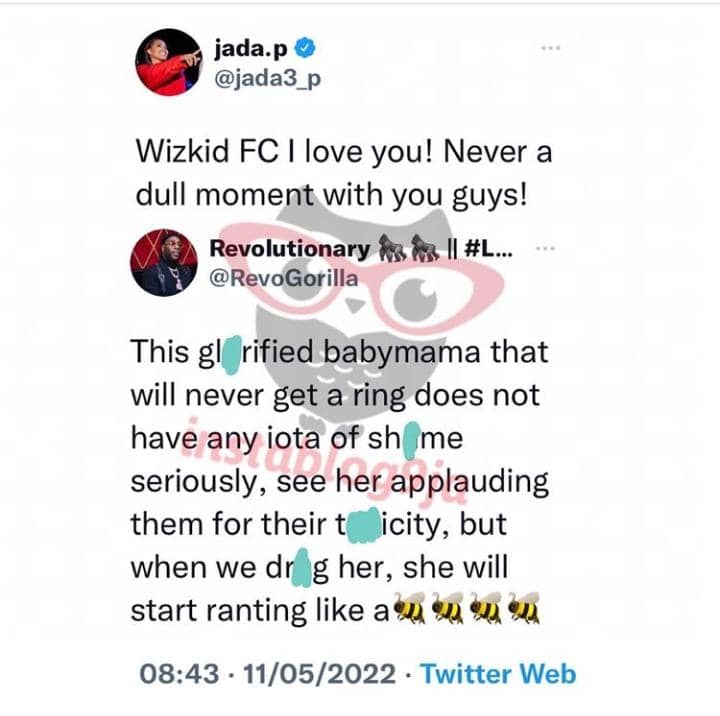 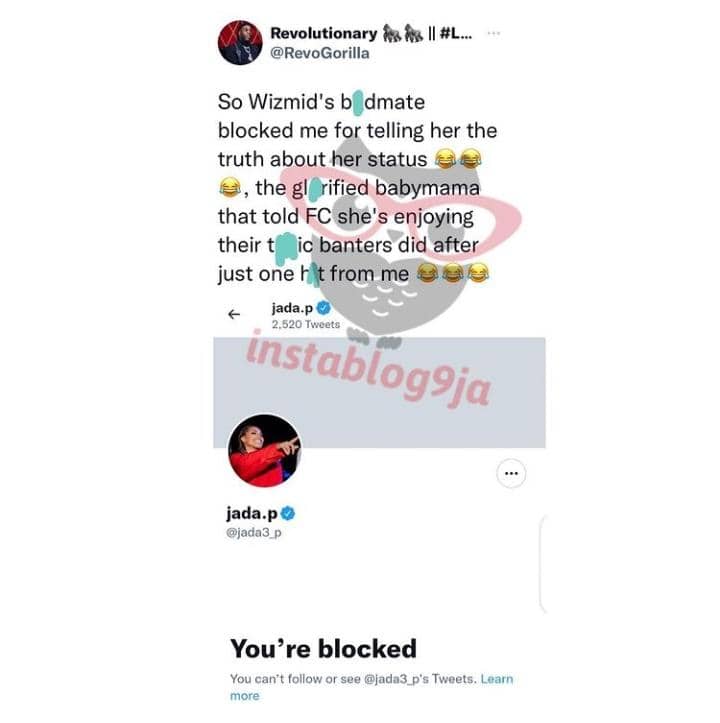