Nollywood Actress, Judy Austin has officially added her husband Yul Edochie’s name to her name, calling herself Her Excellency Judy Austin Yul-Edochie as she thanks God for his numerous blessing. 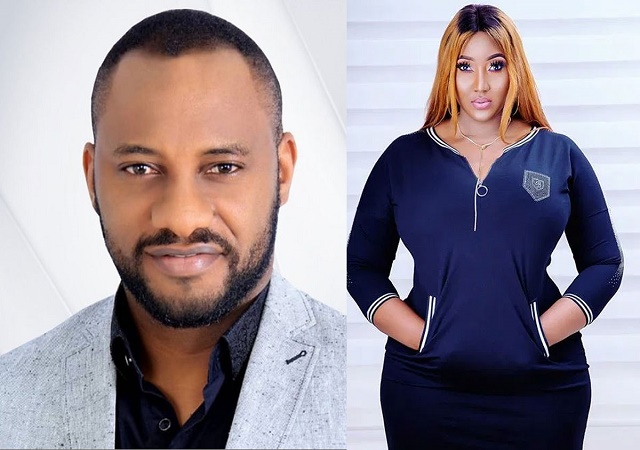 Judy Austin is the 2nd wife of Yul Edochie and rumors had it that he rushed to get married to her after their affair became public and the arrival of the son they were expecting together made him ignore all advice to marry her as a 2nd wife.

Things seem to have changed ever since Yul Edochie openly introduced Judy Austin as his 2nd wife between him and his first family and now she has proudly and officially added his name to hers flaunting it to our face that she’s married to him.

According to Judy Austin, God has blessed her and we wonder if it’s the same blessing Yul Edochie mentioned some time ago while justifying his actions of marrying a 2nd wife which got him dragged on the gram and seems to have issues with his family.

Yul Edochie in that post never regretted marrying a 2nd wife as it turned out to be a blessing for him and his family and even though some people disagreed with him on that, he seems not to be bothered about what they think.

Lord fix them”- Actor Yul Edochie’s second wife, Judy, prays for ‘jobless people who are angry and frustrated of being a second wife’