Nollywood actor, Femi Adebayo is in a joyful mood as his movie, King of Thieves hit a huge milestone.

News reported weeks back that Femi Adebayo’s latest movie, King of Thieves had grossed over 200 million in less than 4 weeks of it been released.

The actor had uploaded a video of him dancing energetically as his movie grossed over 224 million, making it among the top 10 highest-grossing movies in Nigeria.

At that time, Femi Adebayo’s achievement had replaced Toyin Abraham’s highest-grossing movie, the Ghost and Tout which garnered N134.4 Million.

In a new update, King of Thieves has grossed N300 million.

The new achievement makes King of Thieves the first Nollywood movie to gross 300m and the first indigenous movie to hit N300m in 2022.

News recalls Toyin Abraham had faulted her colleague, Femi Adebayo as his movie grossed over 200 million in few weeks.

This achievement had replaced Toyin Abraham’s then highest-grossing movie, the Ghost and Tout which garnered N134.4 Million.

Reacting to it, Toyin Abraham showed love as she corrected him that his movie grossed 225million and not 224million, which he claimed. 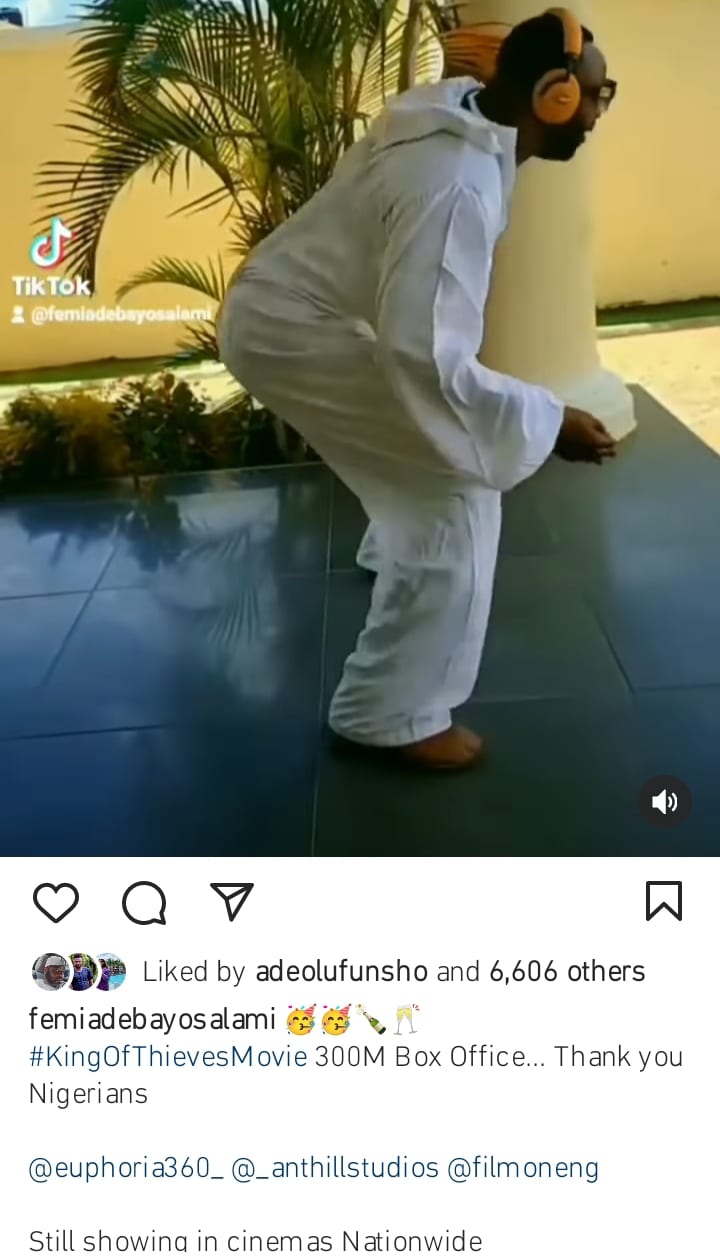 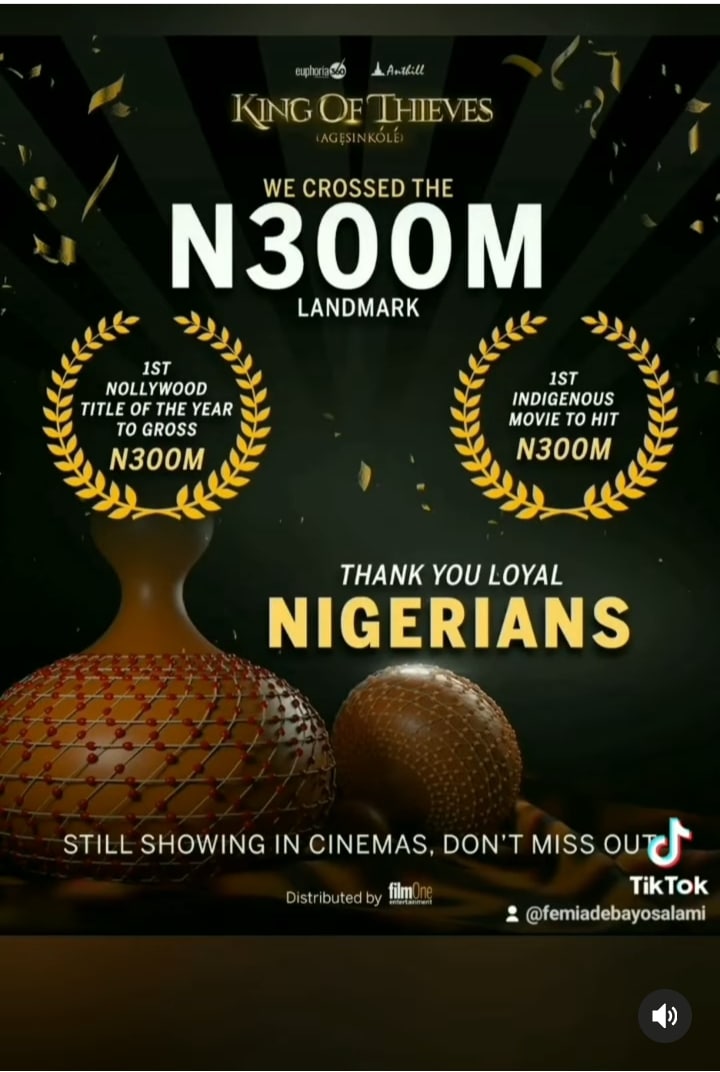