Social media has been set agog as a video of Bolaji Ayo Olaiya and Kolawole Ajeyemi in a dirty fight has made its way to the internet.

The video which was uploaded by Jide Kosoko showed the duo alongside other casts in a dirty fight.

The video which was captured on the set of a movie has left many worried.

Sharing the video, Jide Kosoko captioned it with, “Lessons to parents”.

Taking to comment section, many expressed concerns and worries over the disturbing video

fabricsbybidemi : I hope this is a movie

News recalls this isn’t the first time an altercation would happen on set.

Prince Jide Kosoko had called out his junior colleague Foluke Daramola for confronting and disrespecting him.

Jide Kosoko made this known in a post shared via his Instagram page with a photo of Foluke Daramola raising a finger at him.

Captioning the photo, Jide Kosoko noted that the new generation of children no longer fear elders as he called on his colleague to see how Foluke Daramola was confronting him.

Reacting to the post, Foluke Daramola affirmed that the recent generation of children do not fear and she would confront him again.

folukedaramolasalako wrote: Yes ke and I will do it againleju pa in portable’s voice 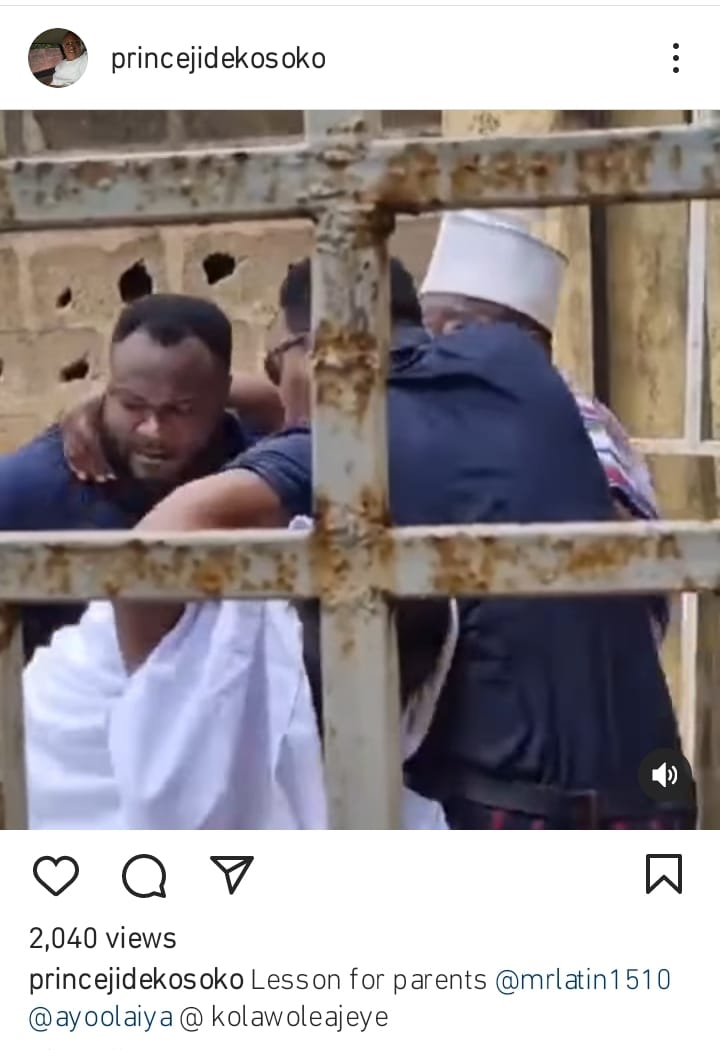 SEE ALSO   VIDEO: Angry fans demanded a refund from Kizz Daniel after he Stood them up for over 5hrs at a show (WATCH)

“You are a bully” Mo Bimpe, others fault Kolawole Ajeyemi over what he did to wife, Toyin Abraham (Video)