The Yoruba actress took to her Instagram page to share the good news as she appreciated her creator for the blessings.

The actress mentioned that there comes a time in a lady’s life when she decides to pamper herself with extravagant things.

Laide revealed that she got the cars to compensate herself for her years of hardwork and labour.

She wrote, “There comes a time in every girls life when she decides to pamper herself extravagantly to compensate for years of hardwork and labor, having saved for years to acquire more luxurious houses and vehicles, it is save for me to say that persistence is the basic key to glorious success. Little by little then here I’m today. Just few weeks after my new house opening..I give you all the praise ya Allah NB: pls note, this is not a show off, but to further encourage ladies out there that it’s achievable, you can be successful on your own without depending on anybody in life. Huge congratulations to me. Alhaja Shakirat Olaide Bakare everything na double double. I deliberately choose these two colors, to match my new house painting”.

recalls Laide Bakare revealed that it wasn’t easy building her new house which she opened on March 30.

According to her, her new project was by God’s grace as he miraculously came through for her.

The actress stated that she threw an over the top party because of the miracle in building a house in less than 4 months.

She mentioned that despite building several houses, her new house was the most astonishing and a huge surprise to her, hence, the reason why she didn’t spare any cost in giving an unforgettable party.
“And finally it’s the month of March that I will be opening my New Home in Lekki where u never thought it’s gonna be easy, and get finally finally GOD CAME THROUGH FOR ME IN A MIRACULOUS WAY, I’m extremely grateful ya Allah
Now let the countdown begins officially, I have been building houses over the years I’m not A NEW landlord but astonishing and a huge surprise even ti ME, SO we go na be partying real hard oo @k1deultimate is gonna be on d band stand, #LaidebakareNewhouse warming loading…..”. 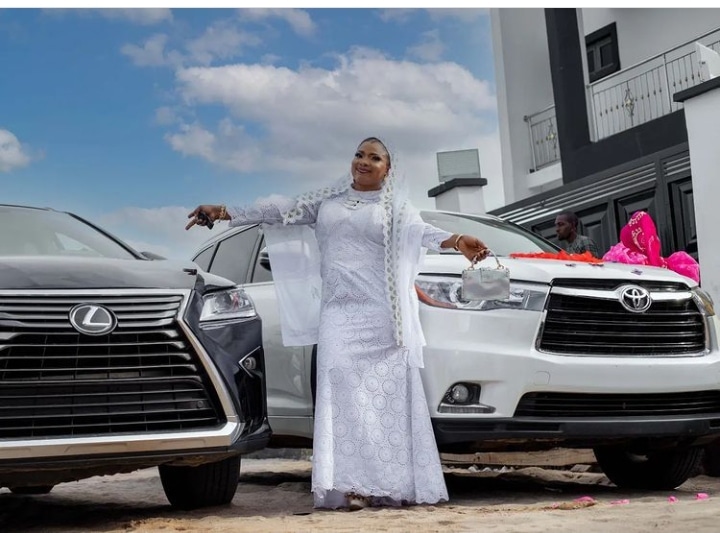 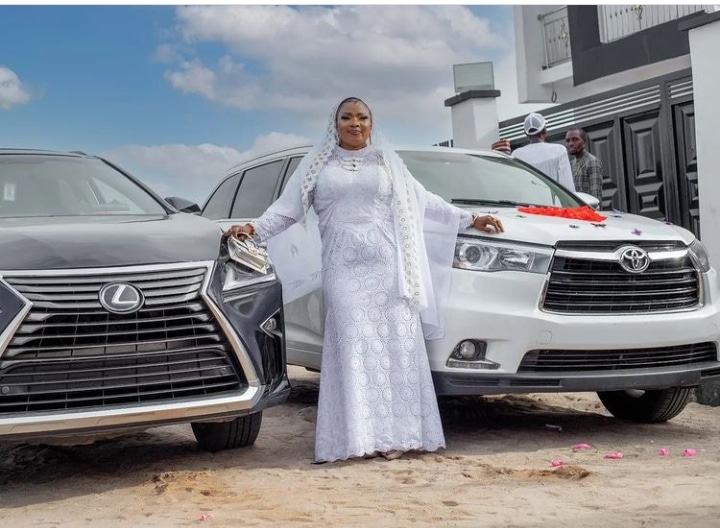 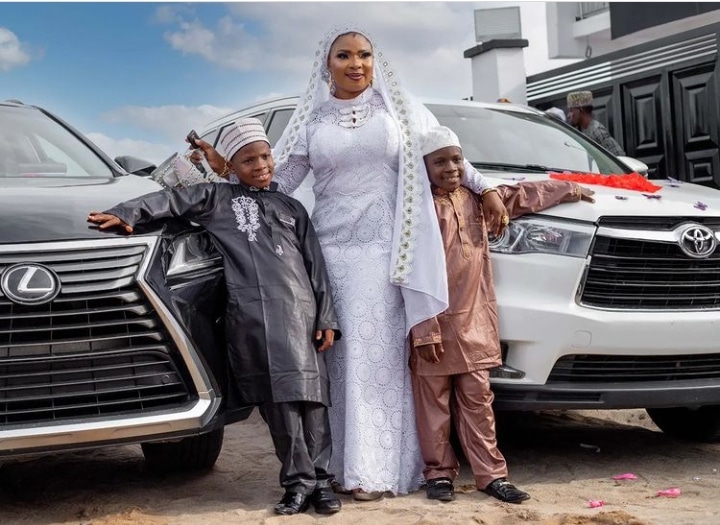 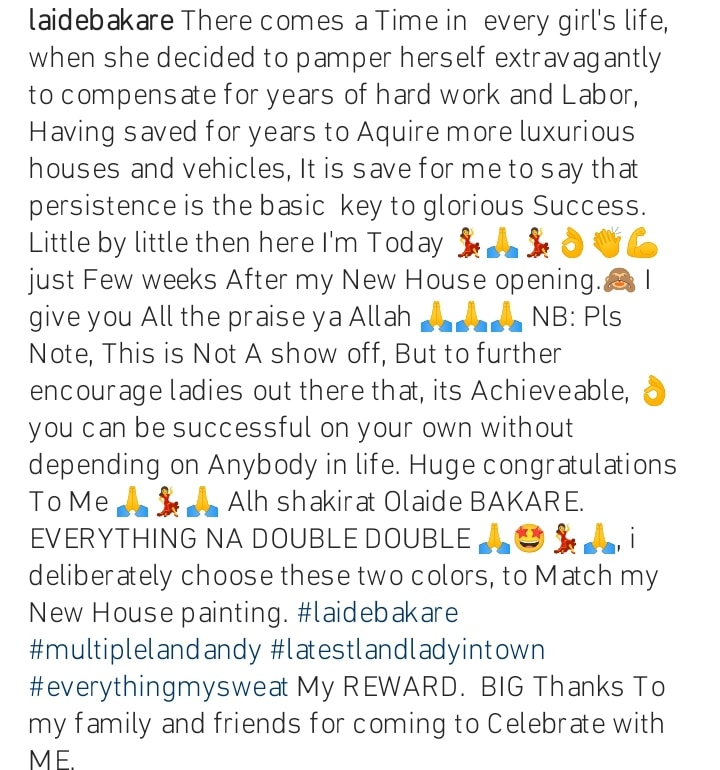